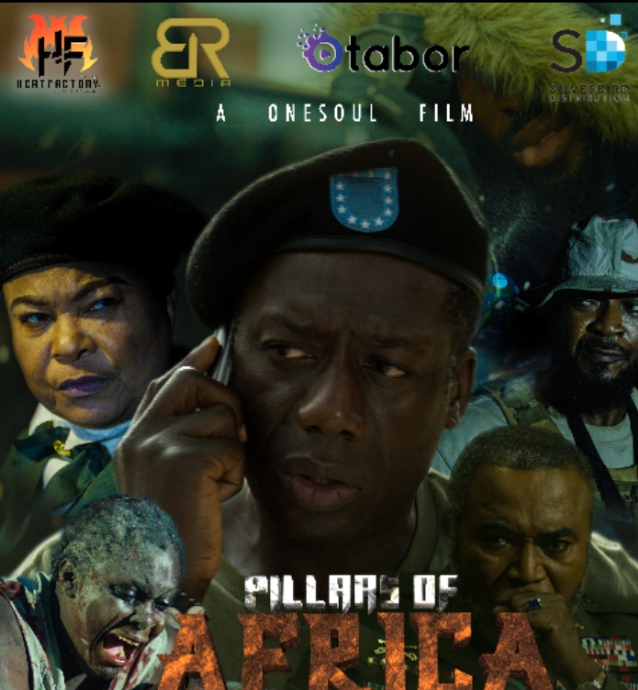 With a long list of Nollywood veterans on the cast list, “Pillars of Africa” is coming to screens in July 2021. Hollywood’s Hakeem Kae Kazim is joined by his Nollywood peers Sola Sobowale, Chidi Mokeme, Sam Dede, Segun Arinze, Elvina Ibru and Zach Orji for this gritty war tale set in the fictional Izambi Republic.

Look out for Bukky Okorodus, Bryan Okoye, George Nanakwesi Chux and Mor Okonkwo in the film written and directed by Ideh Chukwuma Innocent of One Soul Films who also served as producer alongside Johnson Iyoha of Bayrock Media.

“Pillars of Africa” is distributed by Silverbird Film Production and will be in all your favourite cinemas from the 23rd of July 2021.

Catch the Season Finale of of “Hotel 101” starring I Go Save, Buchi, Tomama