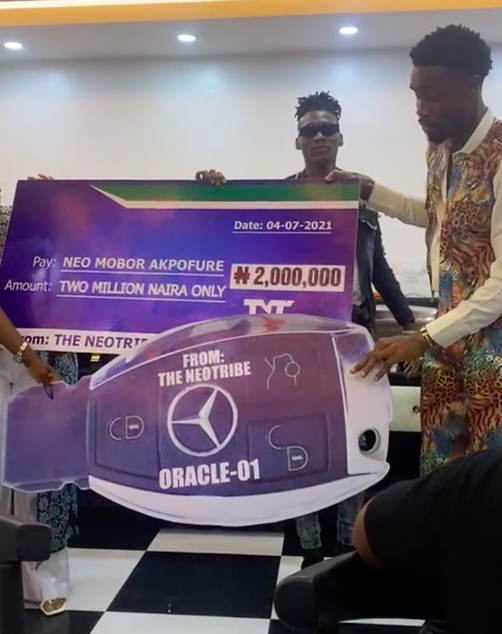 One thing we know about BBNaija housemates’ fanbase is that they go all out for their fave, and Neo‘s fans are no different.

Neo Akpofure joins a long list of reality TV stars who have received cars as birthday gifts. He wrapped up his birthday last week by receiving a Mercedes Benz from his fans.

N2M was also given to the reality TV star, who recently turned 27. He was seen collecting gifts from his fans in a video post on his official fan Instagram page.

Watch the video below to see how it went down: