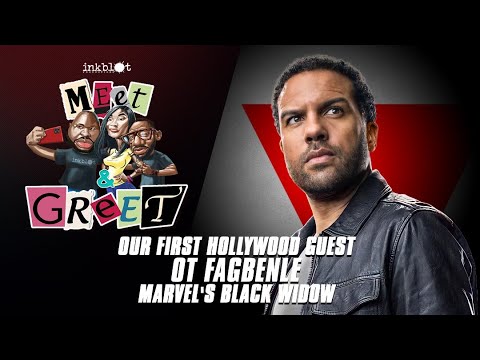 In this week’s episode, O.T. Fagbenle chats with Inkblot founders, Chinaza Onuzo, Zulumoke Oyibo and Damola Ademola about his career trajectory in the Hollywood film industry.

He shared he is from, Ibadan, but he’s more of an Eba lover than an Amala lover.

On how he got started in the film, his uncle Rufus Orisayomi had a community art stage program, so he and the crew would do a Nigerian adaptation of William Shakespeare‘s “Macbeth“. He would play the saxophone in the interval, and eventually, his uncle gave him a line, as the page boy. Eventually, his part got bigger, and by the time he was 15 or 16, he played Macbeth which he performed at worldwide venues as well as the Bloomsbury Theatre in central London.

He used his role to get into drama school, and he spoke pidgin English.