UEFA EURO 2020 Final: All the Unforgettable Moments with Heineken 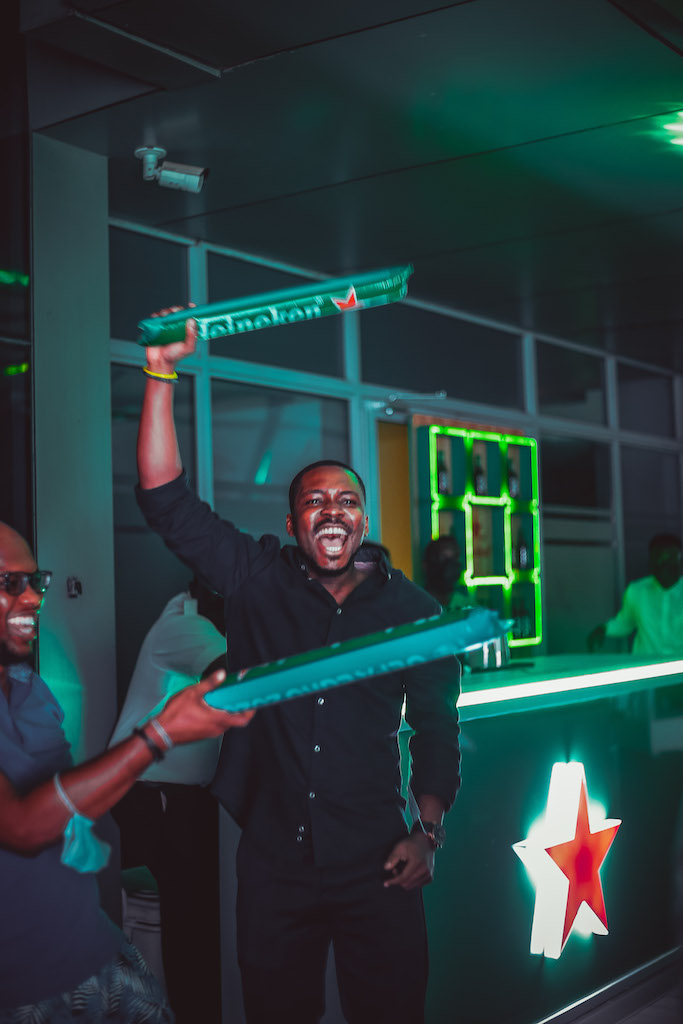 Although most fans’ theme of ‘It’s coming home’ later turned ‘It’s gone to Rome’, there was fun aplenty at the exclusive Heineken fan park in Lagos.
If there was one place most football fans across the globe wanted to be on Sunday, July 11, 2021, it was the magnificent Wembley stadium to witness the UEFA EURO 2020 Final between Italy and England.

And even though as many as 60,000 fans made their way into the stadium, it was a far cry from the millions who wanted to share in the historic moment.

However, Heineken in its usual tradition of creating engaging and exciting experiences for football fans and its loyal consumers, provided an electrifying atmosphere befitting of a spectacle like the Euro final’

Nigerian consumers and football fans were thrilled to have an unforgettable viewing experience at the exclusive Heineken fan park in Lagos during the dramatic final match.

While the build-up to the final match was characterized by uncertainties as to who would carry the day between the Azzurris and the Three Lions, fans were very sure an unforgettable viewing experience awaited them from Heineken and they were not in any way disappointed.

Heineken created even more engaging experiences for its fans with the global “Enjoy the rivalry” campaign, which aimed to encourage fans to watch alongside their rivals. 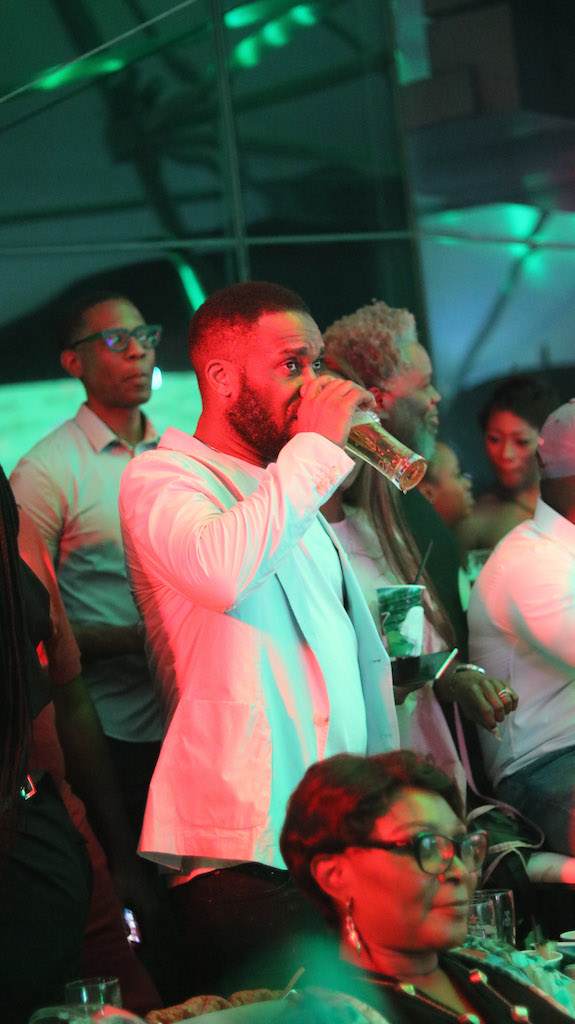 It was refreshing seeing fans in support of England sharing drinks, exchanging banters and even dancing with those in support of the Italians as advocated by Heineken with its “Enjoy the rivalry” campaign.

England set the tone for what turned to be a long but eventful night when they shot into the lead barely two minutes into the final game through Luke Shaw.

An improved and more coordinated play by the Azzurris in the second half saw them get back into the game with the equaliser from Leonardo Bonucci in the 67th minute.

With both teams holding till the 90th minute and all through the extra time, the lottery of penalty kicks was required to determine the champion only for the second time in the history of the Euro Championship.

Unfortunately, the Three Lions failed to roar when it mattered most as three of their players, Marcus Rashford, Jando Sancho and Bukayo Saka all missed their kicks thereby handing the trophy to Roberto Mancini’s side.

As fans enjoyed the match with plenty to eat and drink, they were treated to sonorous songs and ‘mad’ mixes by the two DJs on the wheels of steel, DJ Kaywise and DJ Six7sevens.

There were performances from a number of artists including Ayra Starr who thrilled the audience with some of her hit songs as well as Blaqbonez. 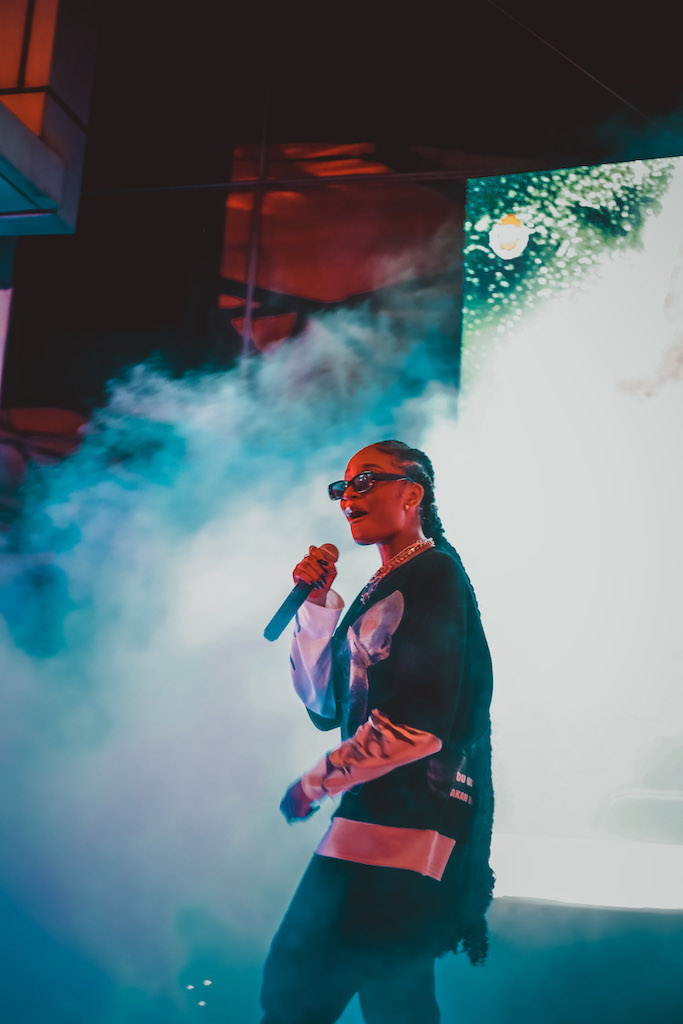 Football Analyst, Femi German was on hand to dissect the game while Shody showed why he is regarded as one the best hype man in the land.

The “Enjoy the rivalry” campaign succinctly highlighted just how football can be so much better enjoyed alongside your rivals and with an ice-cold Heineken. 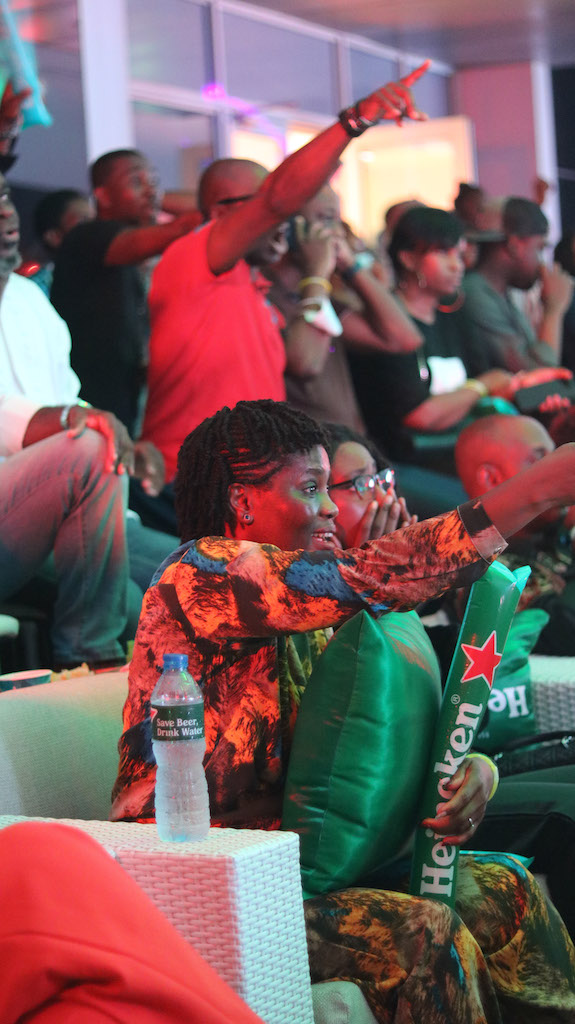