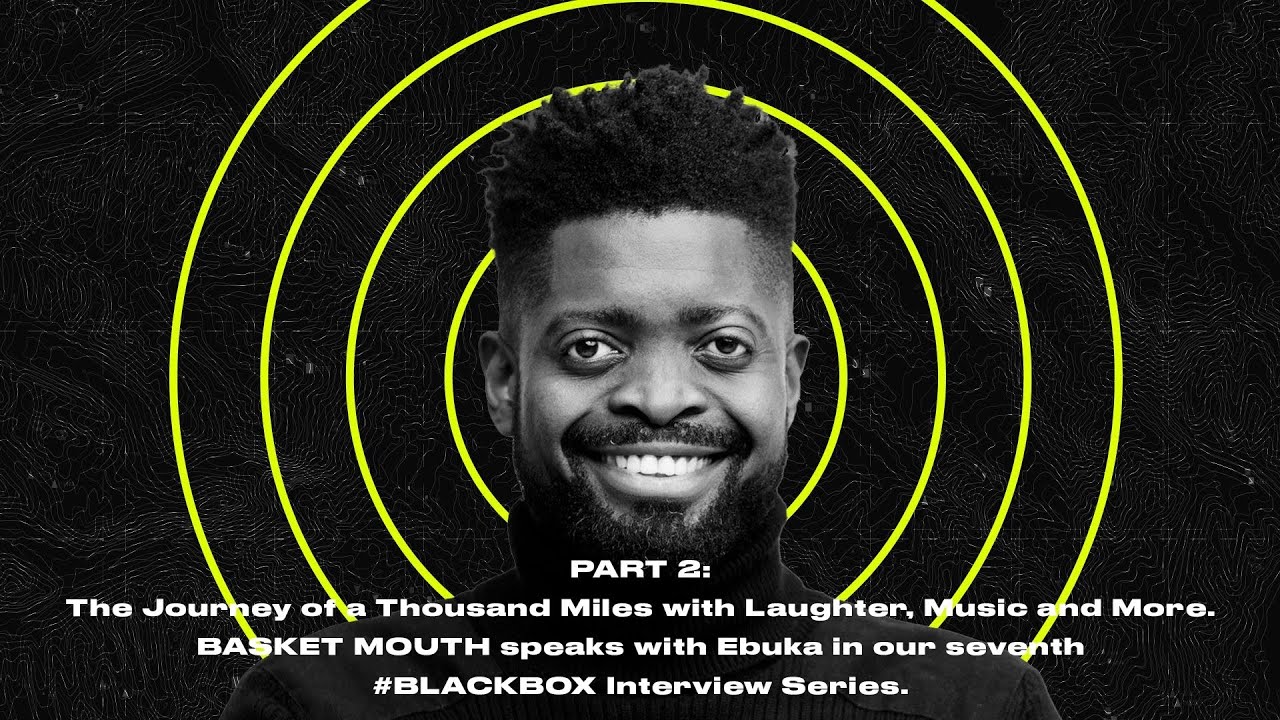 In part two of his “Blackbox Interview“, Basketmouth gets real with Ebuka Obi-Uchendu about animosity in the comedy scene, his family, cancel culture and leaving a legacy in the industry.

In the trailer, Basketmouth talks about turning 43 this year and how it makes him feel. “This is the time for me to create things. My concern is this” Bright, how can you make your followers listen, watch your project.” He talks about his forthcoming projects including new music, movies, his own special coming next year and a new sitcom coming to TV.

When Ebuka asks where the popular idea that AY discovered Bovi and he (Basketmouth) snatched Bovi, “I did not. Bovi no be girl. Me and Bovi, it was a cool relationship,” Basketmouth responds and Ebuka confirms saying, “a lot of us admired it.” Basketmouth adds that Bovi is a busy person and he doesn’t know why people think that way.

“Me and Bovi, we’re blood, people don’t know that,” Basketmouth says, mentioning that he has never had an issue with Bovi. The standup comedian also shares what he thinks about ‘Instagram comedians’ in this interview.

Missed the first part? catch up here. Watch the second part below: