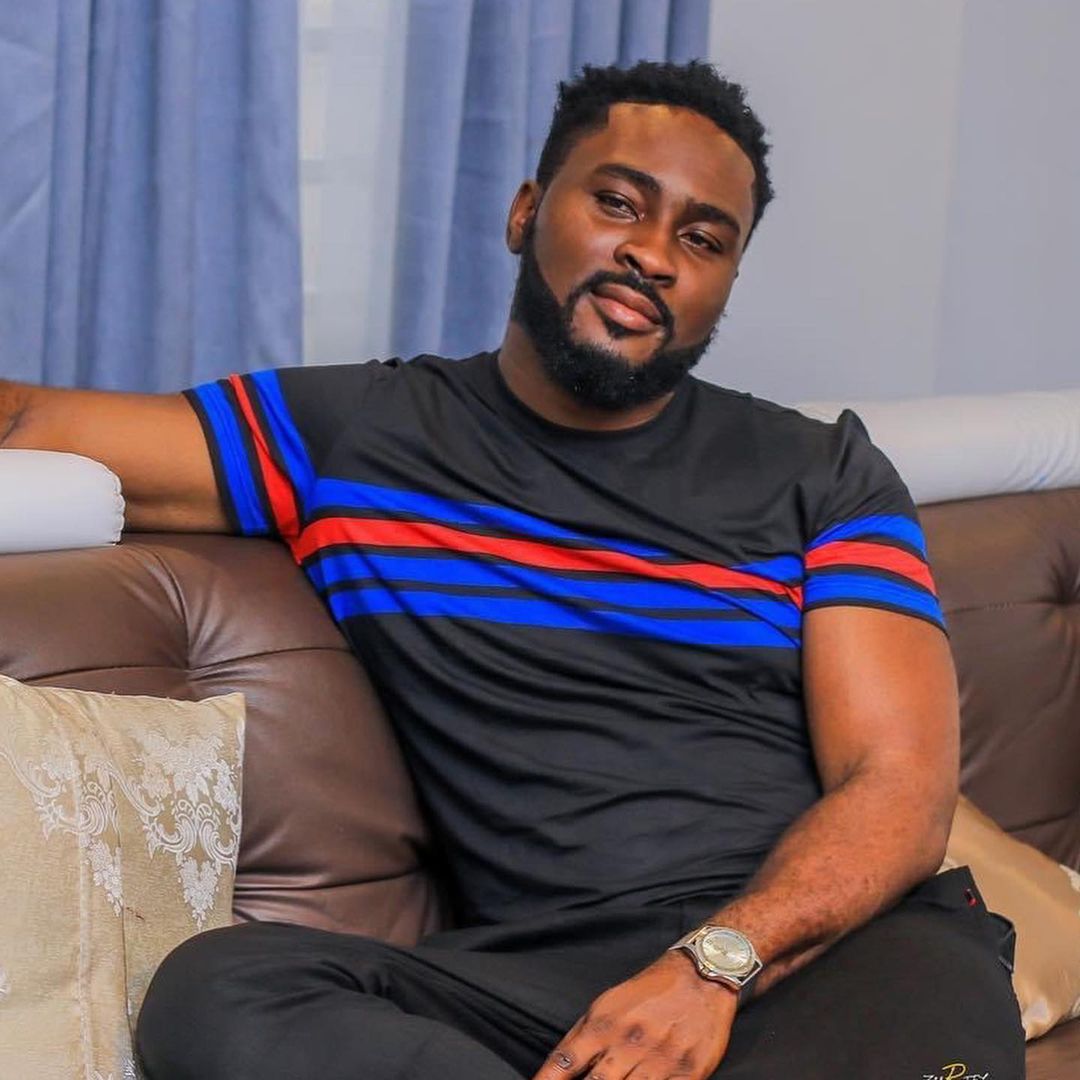 An official statement from Big Brother Naija season 6 Housemate, Pere‘s team has been released, regarding the allegations of domestic violence and abuse which have been making news.

Recently, an image of Pere and a female colleague (who is “happily married”) went viral on social media, with speculations that she was married to Pere, and he was an abusive partner.

According to the statement from Pere’s steam, the false allegations which “aim to damage the reputation of Pere” have baseless speculations as the #BBNaija Shine Ya Eye reality star has “never been violent all his life.”

The statement adds that legal steps are being taken towards social media platforms involved in this defamation of Pere’s character, and urges the public to not indulge in the fake allegations. 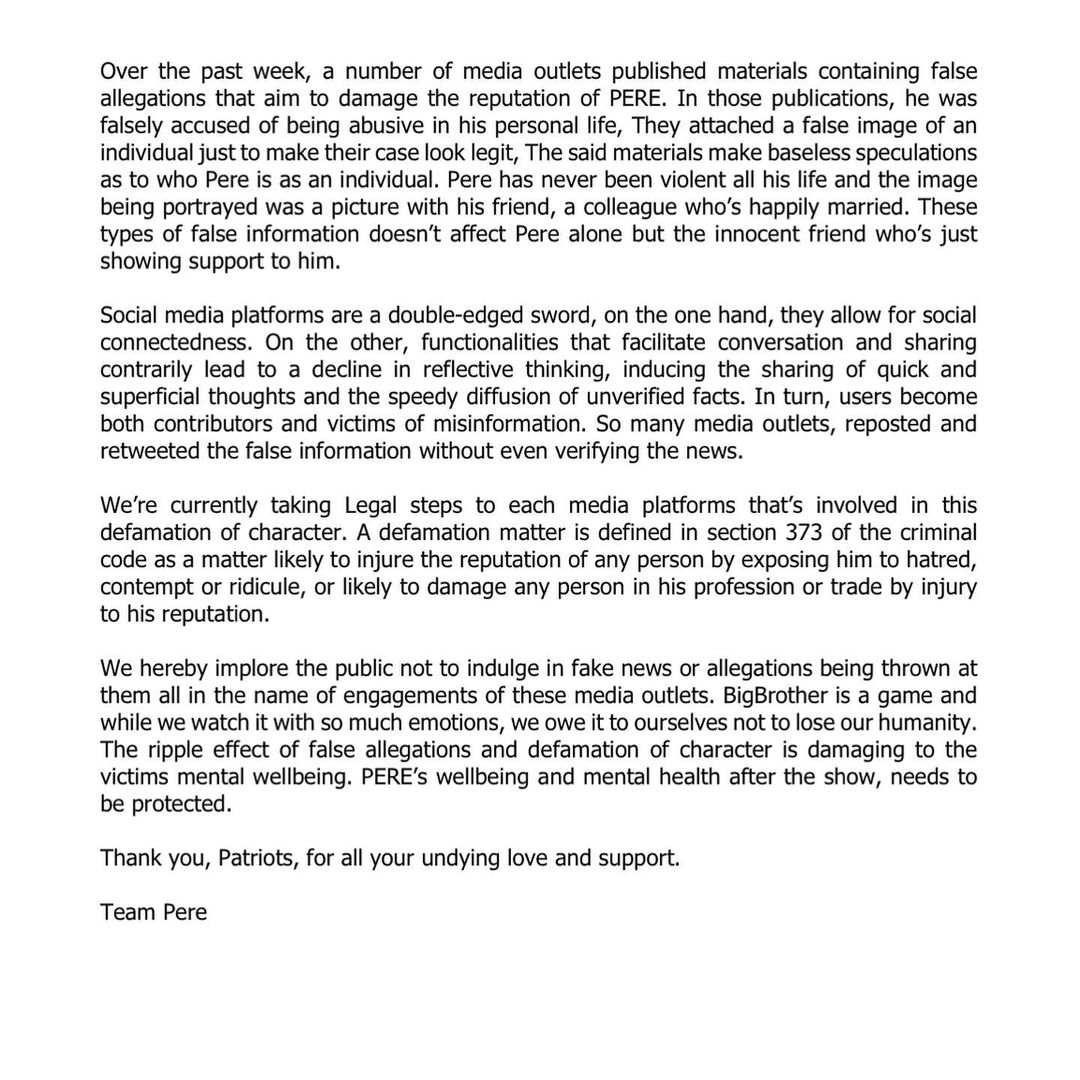 Swipe to see the false allegations:

Burna Boy & Don Jazzy Have a Surprise Coming Next Week