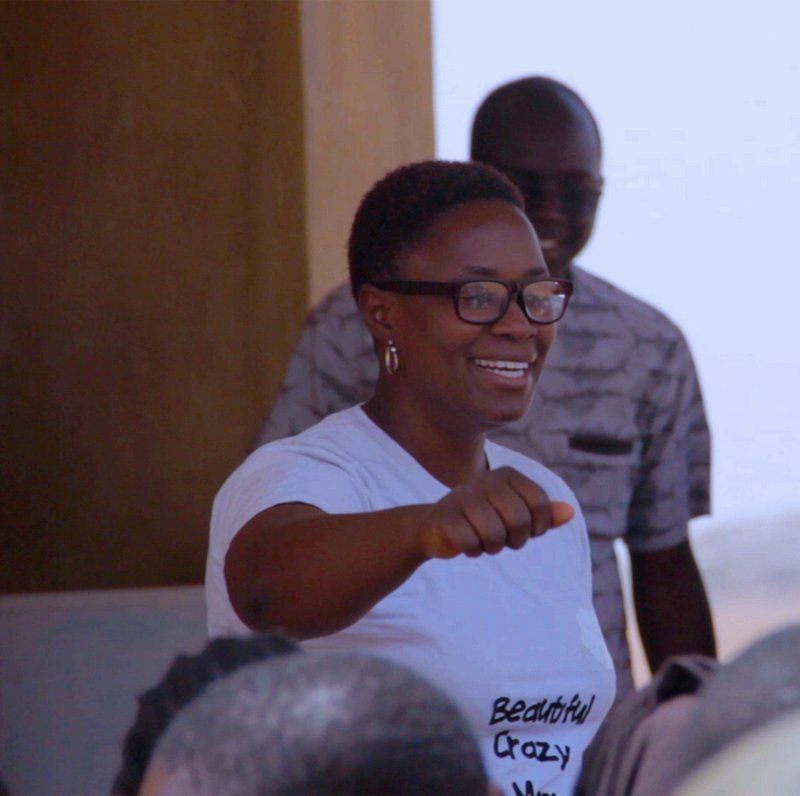 After encountering teenagers in her neighbourhood who could not read or write, Kangyang Deborah Gana decided to turn her family home outside of Jos into a learning centre for more than 180 children. Her action has attracted about 10 other volunteer teachers who assist her every Sunday. It’s a big commitment but she wouldn’t have it any other way.

As the sun rises over the homes and cultivated fields of Miango, it does little to warm up the settlement, which lies 27km outside of Jos, the capital of Nigeria’s central Plateau State.

This is Nigeria’s fertile “highlands” and temperatures in Miango, while never rising much over 24 degrees Celsius, can drop to as low as 7 degrees. It is still chilly when, after church, groups of children can be seen making their way down a road to congregate at a house in the area. This is the home of Kangyang Deborah Gana. 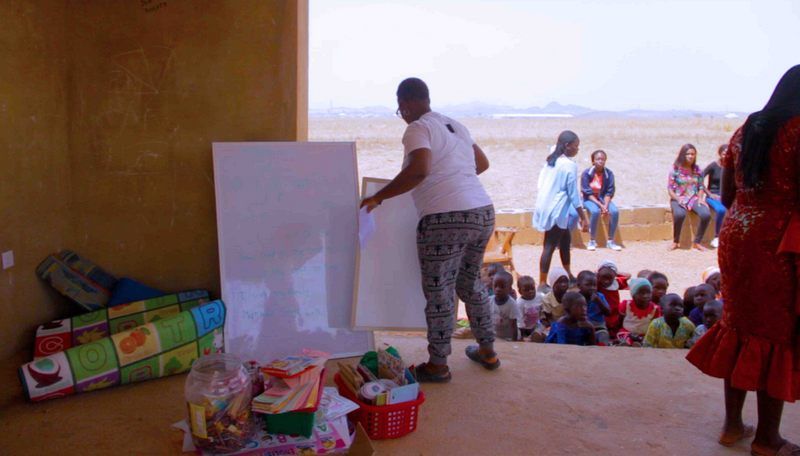 The cool climate and topography are what attracted Gana and her husband, an accountant with a popular local resort, to the area. When she arrived in Miango, Gana thought it would be good to get involved with the local community and do something special. She was met with a shocking revelation.

“When we got here, I wanted to teach the children bible on Sundays, but I realized a bigger problem. The children couldn’t read at all,” she said.

The Jebu community in Miango, where Gana’s family chose to live, boasts of only three sets of rooms for a school. Out of the three, only one was built by the government. 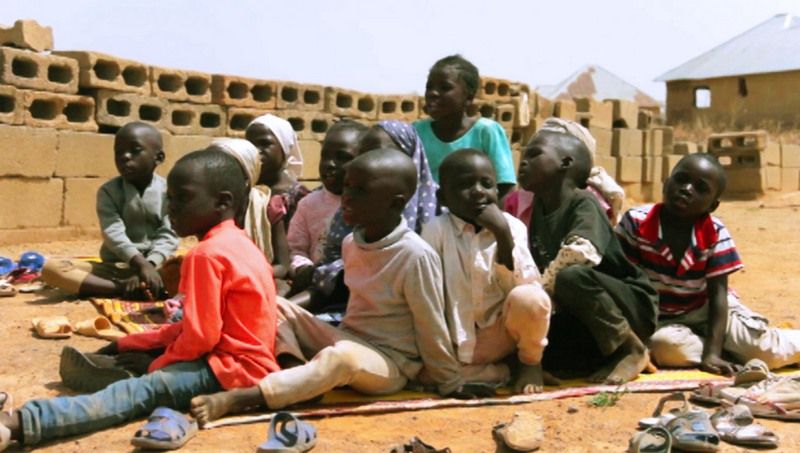 Nigeria has about 10.1 million children out of school, the highest in the world, according to UNICEF. Government education in parts of the country has very specific challenges. In the north, those tend to have to do with security while in the south, a lack of infrastructure adds to the mix.

Where many people would simply blame the government for poor educational standards, Gana decided to make a difference.

“Obviously, we cannot wait for the government. Some of these children are in school but an Ss1 (senior secondary school) student cannot read,” she said.

Gana’s commitment, however, came at a price. Determined to make a difference, she started engaging with a couple of the local children. On this particular Sunday, however, every available space around her house had been turned into a classroom and the home was teeming with children of every age, all eager to learn to read.

“What started with only a few children, jumped, to 25 then to now an average of 180, all with different levels of understanding,” she said. 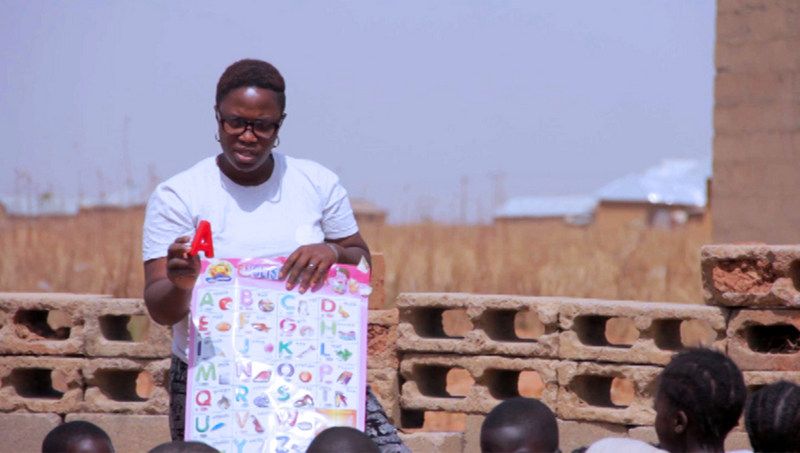 Overwhelmed by the rising numbers of learners, Gana reached out for help on social media. The response was astounding.

“Thank God for social media, people volunteer to come every Sunday so that we can have different teachers for different levels,” she said.

Presently she has about 10 to 15 teachers coming every Sunday to teach the learners.

In the dry season, learners are taught in the open under trees. However, the rainy season is a source of constant worry for her and the volunteer teachers. Their mutual conviction to help teach the children, however, has helped them overcome most challenges. In addition to which, Gana simply opened up her 3 bedroom house for the learners.

“When the children can learn to read, they can self-teach their way up in life,” said Butbyen Apollos one of the volunteer teachers. “I look forward to Sundays because I always go back feeling fulfilled and happy,” Apollos added.

“Africa can eradicate the problem of poor education if we have more people replicating this across communities,” said Kyenpia Deshi another volunteer.

Gana says she’s committed to helping the children of Jebu and does not see herself relocating elsewhere for the foreseeable future. 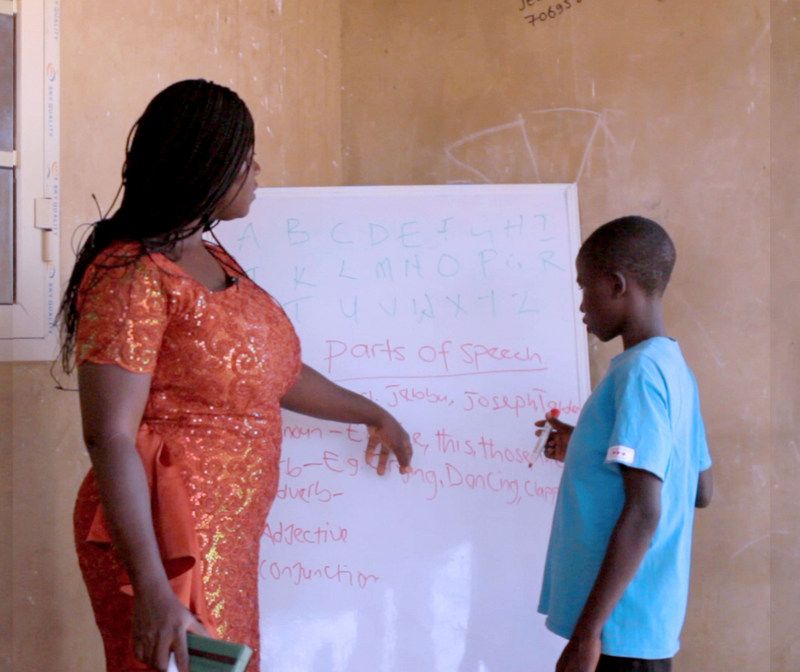 “I had a choice to relocate but no, I won’t! I choose to stay here and teach the children alongside my children. If I do not teach the community children, my children will not have good interactions and they may learn vices from the community, so I will teach them how to read so that they can read the bible for themselves,” she said.

David S Ayuba, 15, is among the learners being helped by Gana and her team of volunteers. He’s an SS2 student but initially struggled with reading. A friend invited him along to the Sunday lessons and his life changed drastically.

“When I came to this lesson I couldn’t read well. But now I can read, and I prefer learning here. The teacher is nice,” he said.

With each passing Sunday, Gana continues recording heart-warming results from her efforts and those of her volunteer team and as a result, the number of children in the area who can read and write is increasing rapidly.

Gana has now embarked on building the first library in Jebu, Miango and is financing it through crowdfunding. She hopes it will provide more space for students to read more and help them increase their knowledge of the world. It looks like Gana has committed herself to improving the lives of children in the area, for the long term.