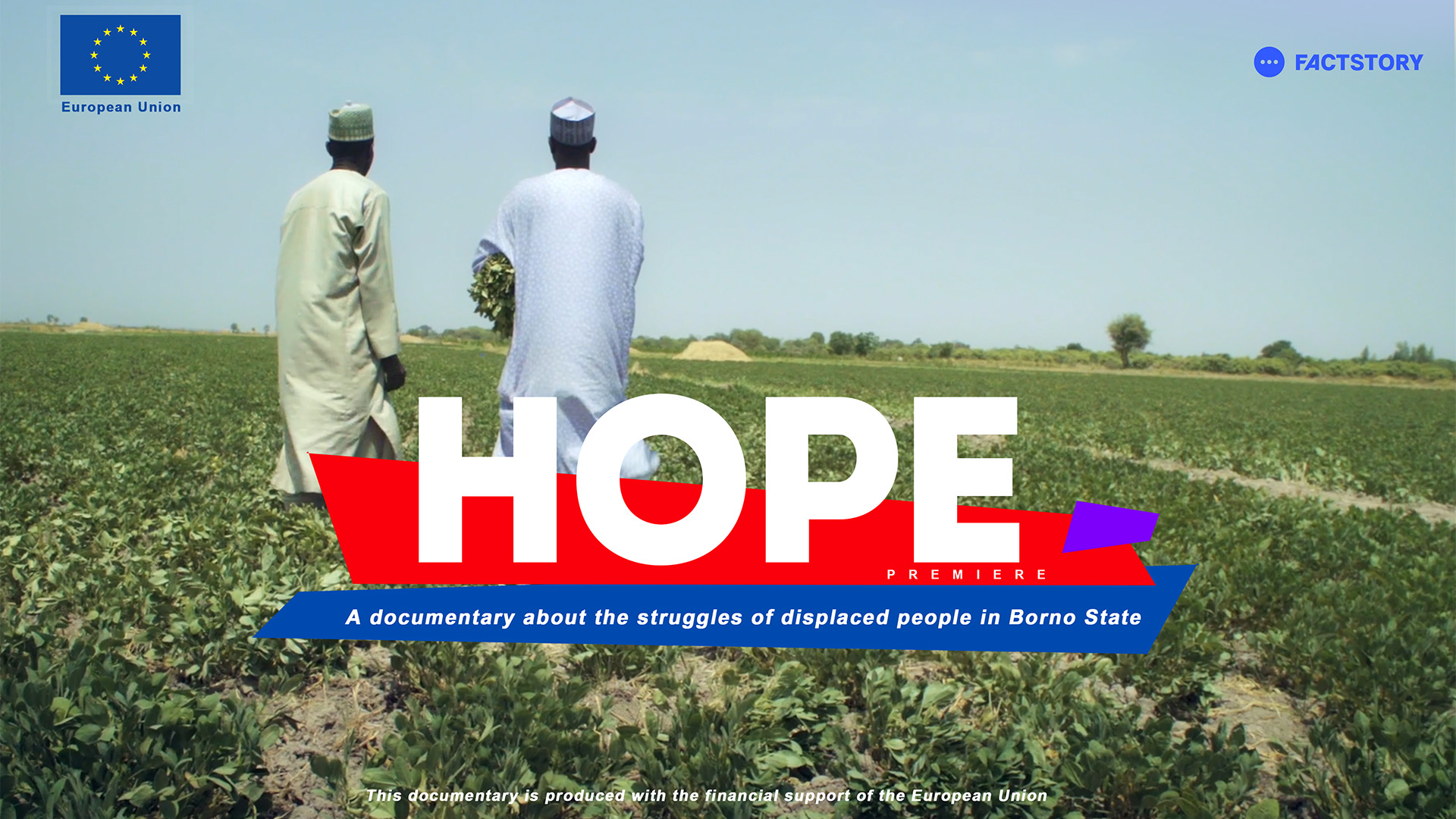 Hope, a documentary about the struggles of displaced people in Borno State, is set to premiere on Monday, October 25, 2021, at the Shehu Musa Yar’Adua Centre, 1 Memorial Drive, Central Business District, Abuja by 6 pm.

The documentary which was produced by an international production company – FACTSTORY – with the financial support of the European Union, was shot between December 2020 and May 2021 in Borno State. It highlights some interventions of the European Union to support lives and livelihoods in the insurgency ravaged areas of the state.

Hope’s screening will also be streamed live on the European Union Delegation to Nigeria’s Facebook and YouTube platforms. 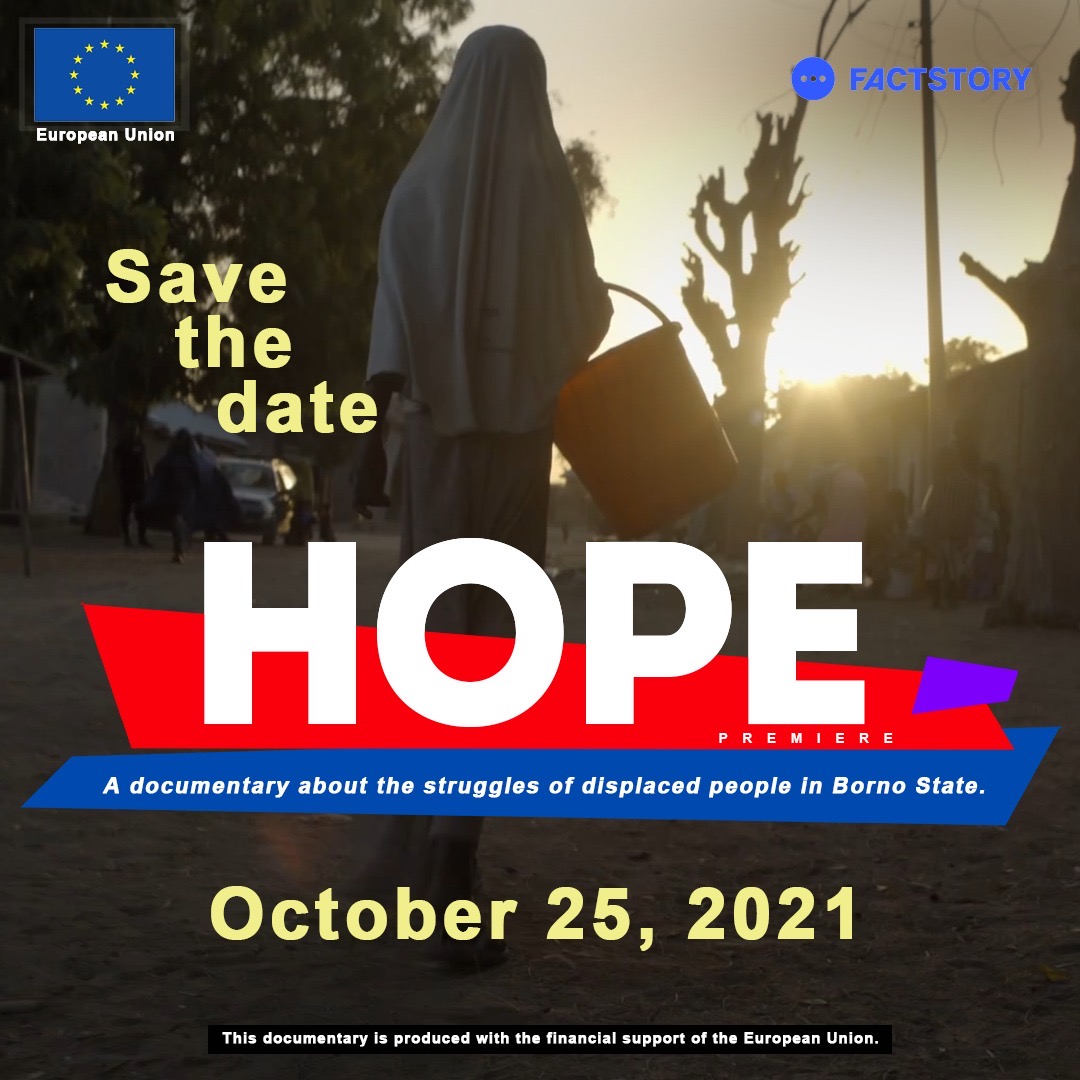 The documentary features beneficiaries of the EU-funded programmes, implemented in Borno State by international aid organisations such as Mercy Corps and the FAO. Among the projects featured in the film are a fish farm in Jere LGA (Local Government Area) and a safe space for adolescent girls in Bama LGA. The EU is one of North-East Nigeria’s biggest donors, allocating €322 million in humanitarian assistance to help save and sustain lives and dignity.

On top of that, more than €350 million has been provided to support livelihoods and restore peace and security and basic services like education and health.

After the premiere, the full documentary would be available for the public to watch on YouTube with subtitle translations in six languages, including English, Pidgin, Yoruba, Igbo, Hausa and Kanuri.