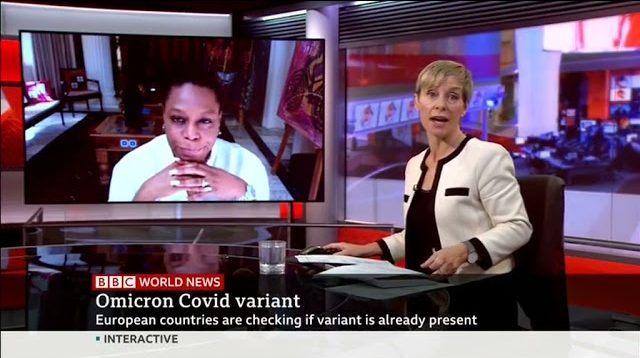 A covid19 variant named Omicron was first detected in Botswana, South Africa on Friday, November 26, and has reportedly sent Europe into huge alarm after cases were discovered in the United Kingdom, Isreal, Italy, Germany, Hong Kong and Belgium.

Dr Ayoade Alakija, co-chairperson of the Africa Union’s African Vaccine Delivery Alliance, in an interview with CNN, condemned the hoarding of #Covid19 vaccines by rich nations, stating that it is responsible for #Omicron Variant. “It was inevitable,” she says.

It was absolutely inevitable. May I say fastly that had the first SARS Kobe virus, the one that was first identified in China last year, originated in  Africa, it is now clear that the world would have locked us away and thrown away the key. There would have been no urgency to develop vaccines because they would have been expendable.

Africa would have been known as the continent of COVID. What is going on now is inevitable and it’s a result of the world’s failure to vaccinate in an equitable urgent and speedy manner. It is as a result of hoarding by high-income countries of the world. And quite frankly, it is unacceptable. These travel bans are based in politics and not in science… it is wrong.

About the immediate reaction, the lack of action beforehand and the ban being political, she said:

Because until everyone is vaccinated, no one is safe. But what exactly is the global playbook on this? What are we planning to do? Are we just planning to act politically? Knee jerk reaction so that we can satisfy those people within our countries. That we’re keeping those unvaccinated Africans out. Why are those Africans unvaccinated? This is an outrage because we knew we were going to get here.

We knew this was there the hoarding, the lack of IP waivers, the last of cooperation on sharing tech and sharing know-how. We knew this is the crossroads that it eas going to bring us to… a variant which was going to bring us to a more dangerous variant. Why are we acting surprised? Why are we locking away Africa when this virus is already on three continents. Nobody’s locking away Belgium, Isreal. Why are we locking away Africa? It is wrong and it is also time that our African leaders stand up and they find their voice.

African leaders need to sit up, our presidents need to wake up at this moment and realize that this is not business as usual. Their continent is at stake. Our lives are at stake and we cannot allow the world to do this to us.

Dr Ayoade Alakija’s recommends having “a coordinated global shutdown of travel for the next month if you want, but don’t single out Africa.”