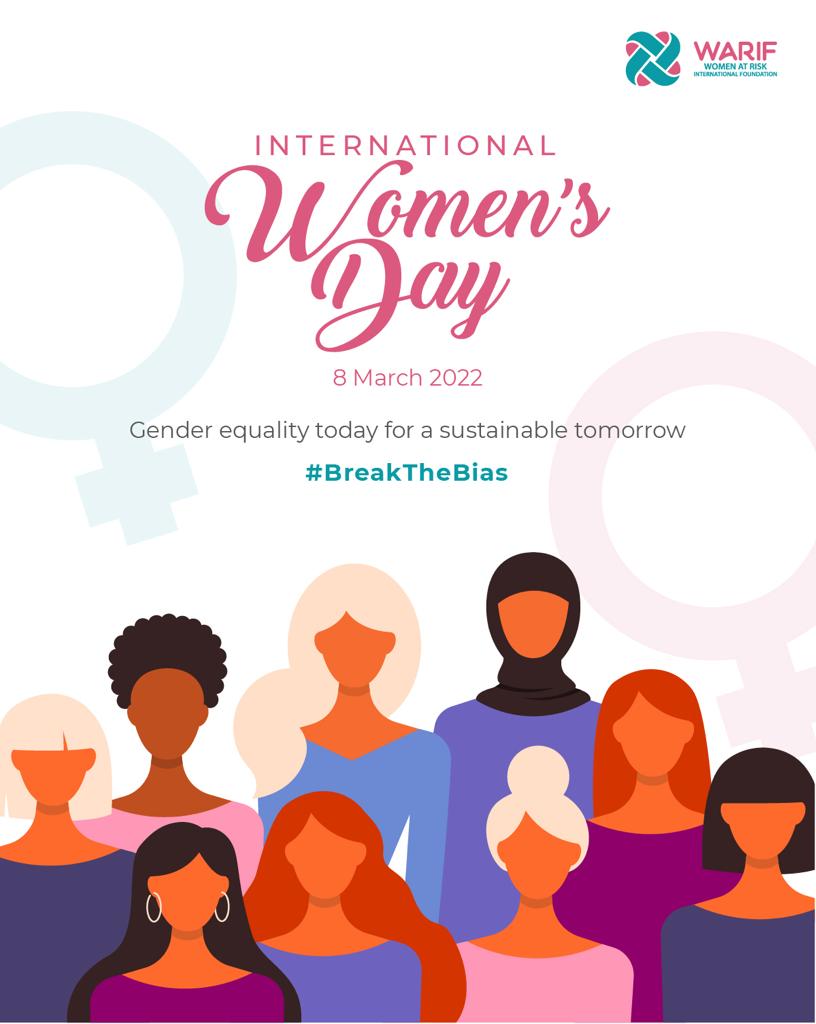 There have been a lot of preconceived opinions and stereotypes about women and girls, which have placed them in pigeonholes leading to their being disadvantaged as compared to their male counterparts. Some, if not most of these stereotypes, in several ways lead to women and girls being discriminated against when it comes to access to health care, education, political representation. It also exposes them to being victims of sexual and gender-based violence. Breaking the biases, that promote discrimination against women and girls, requires more than a day of raising our voices and being part of the movement to promote gender parity. There is a need for repeated and consistent messaging to raise awareness on the prevalence of the actions that promote inequality and work against the achievement of gender parity.

International Women’s Day (IWD) celebrated on the 8th of March each year is a day to celebrate the achievements of women in their various fields of endeavour and provides an opportunity for everyone to raise awareness about the issues of gender inequality. Each year, we are reminded that we still have a long way to go in ensuring that women and girls have access to equal opportunities alongside men and boys. These reminders should move us to act, not just on IWD, but more sustainably, beyond the 8th of March to continually close the gender index gap that exists in Nigeria.

Utilizing the Media for Sustainable Action Beyond IWD

WARIF utilized the power of media to spread the #BreakTheBias message to a wide range of audiences – especially the youth, using a campaign video produced specially for IWD. The video featured WARIF ambassadors in communities, secondary schools, tertiary institutions, and Temi Otedola – WARIF’s Youth Ambassador. These ambassadors are championing an end to rape and gender-based violence in their communities and schools and they shared how they do this in the video, calling on everyone to join them in saying NO TO RAPE and have zero tolerance for sexual and gender-based violence (SGBV). This was shared on TV and social media platforms. watch the full video here.

Taking the lead in media conversations throughout the week of IWD was the WARIF Men. WARIF Men are male staff members who are in the community and education pillars of WARIF’s pillars. They engage with the men in communities, making them see the need to be protectors, not perpetrators; and mentor young boys in school, who become protectors of their female counterparts and become better adults. Their conversations on radio ranged from discussing how we all can contribute to ending violence against women and girls on the Beat FM’s The Morning Show, to how we can break the biases that promote violence against women and rape on WAZOBIA FM’s Oga Madam Office. Not leaving boys and men out of these conversations is one of the ways WARIF ensures sustainable action in the fight against SGBV. 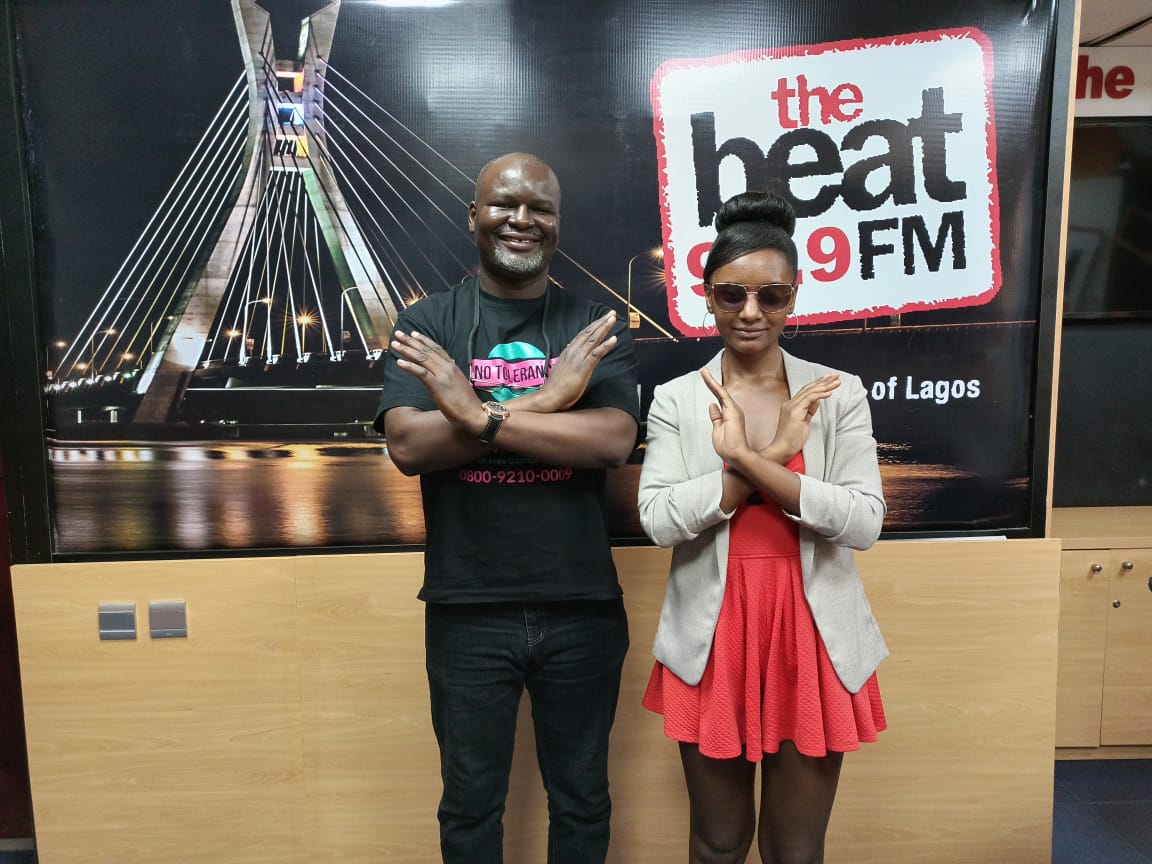 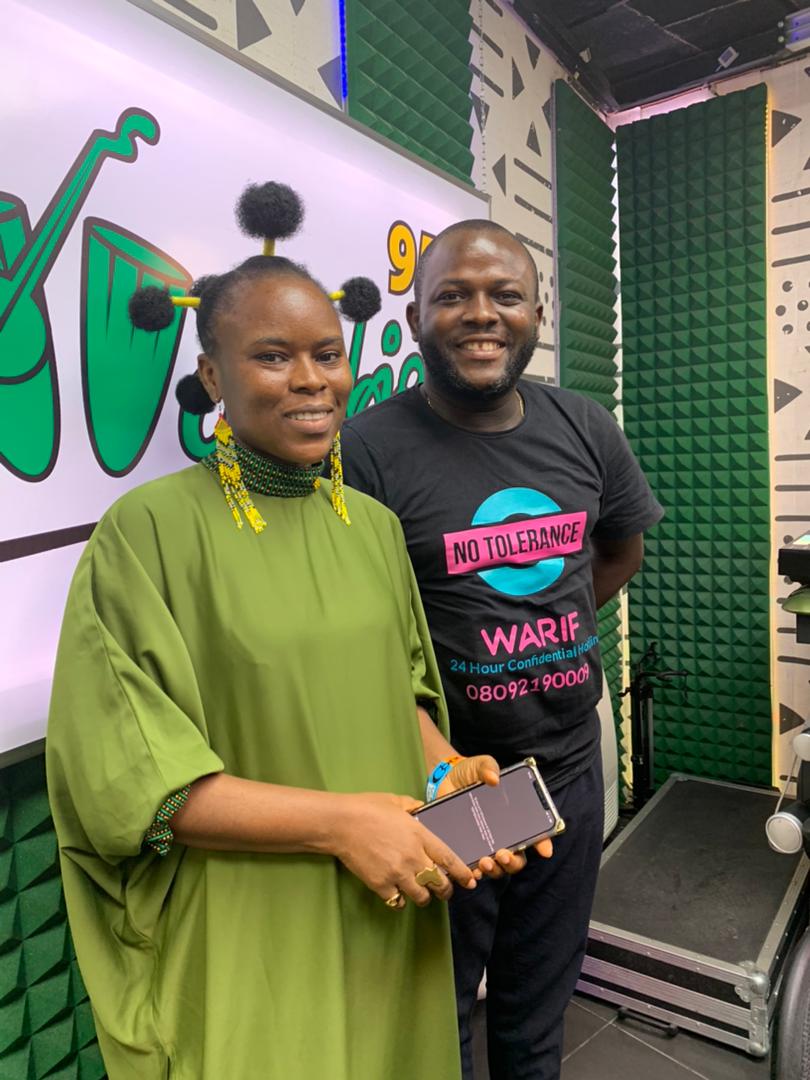 The Gudu Morning Naija Show on WAZOBIA Max TV also hosted WARIF in a conversation around the prevalence of rape, what families, communities, and policymakers can do to prevent its occurrence and how women and girls can access the free care and counselling offered at the WARIF Centre. WARIF joined Nigerian women in occupying the National Assembly in Lagos at the State House, Alausa Ikeja on IWD to kick against the rejection of the Constitutional Amendment Bill on Equality passed on the 1st of March 2022. This decision was unacceptable because it meant women are not important in the decision-making process of the country. The rally brought together various organisations and women from public and private sectors who all came together to take a stand. This action moved the House of Representatives to meet on the same day to rescinded three of the five gender bills. 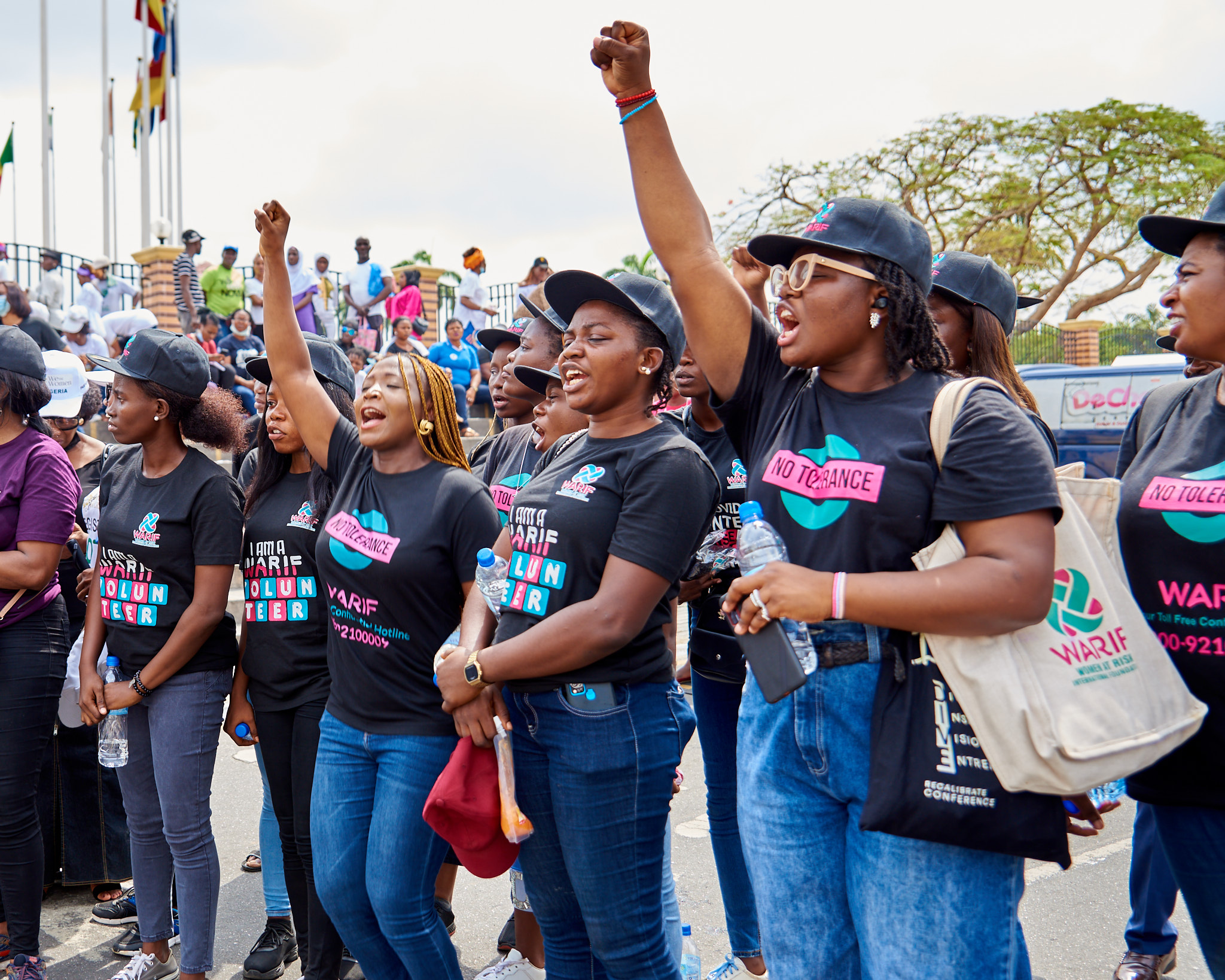 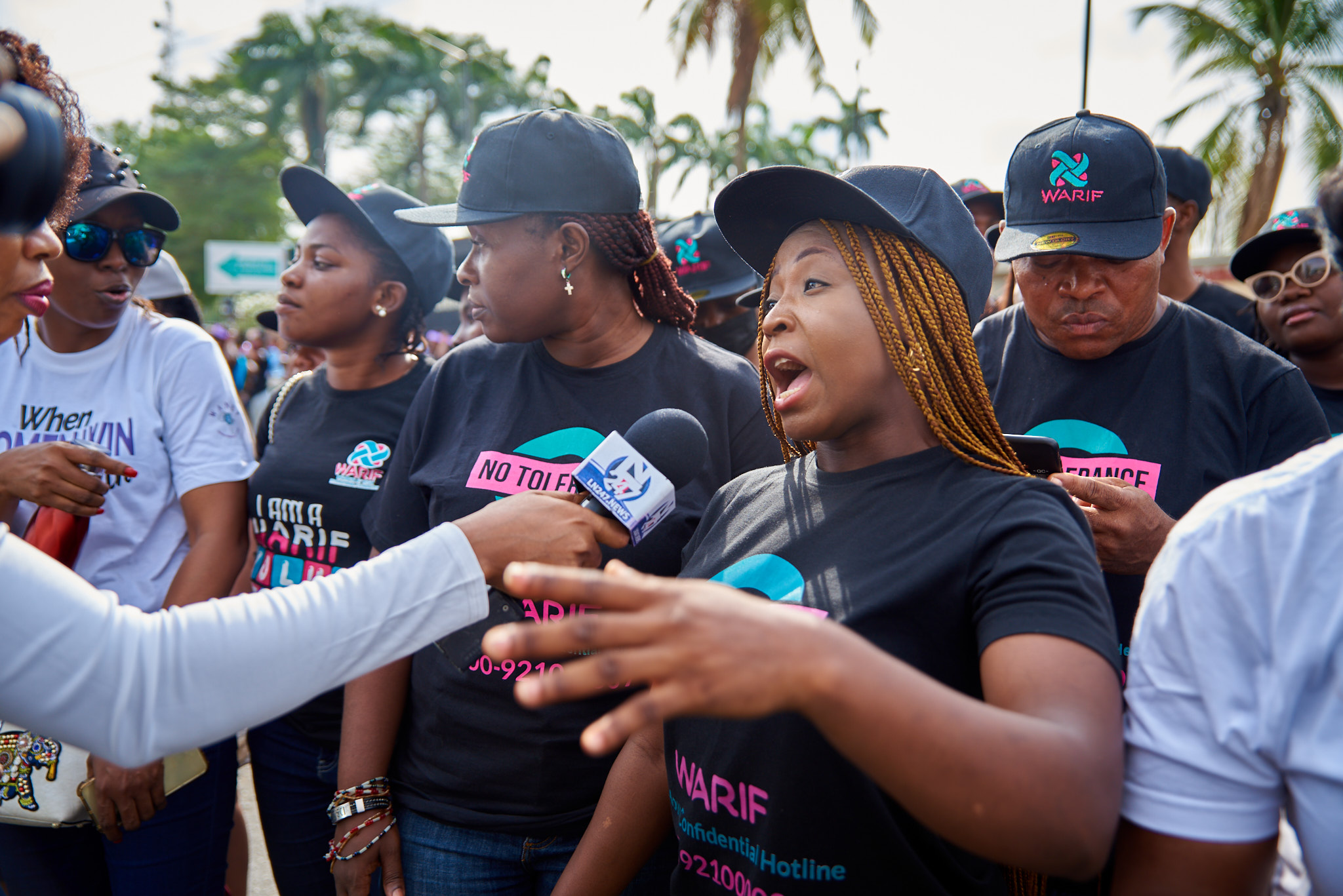 In the run-up to the 8th of March, WARIF launched a petition calling on all university authorities to adopt an anti-sexual harassment protocol document into Nigeria’s campus curriculum. Sexual harassment on campus impacts negatively on the personal dignity and safety of students in these institutions and this is not a new phenomenon on Nigerian campuses. Several media reports show the extent of this menace in the education sector, which involves unwelcome sexual behaviours and advances towards female students especially. To back this up, a study conducted across various tertiary institutions in Nigeria shows that about 70% of the respondents had been sexually harassed, with the main perpetrators being male classmates and lecturers. This plays a huge role in hindering these female students from reaching their full potential. Join our fight to end sexual harassment on Campuses in Nigeria, sign the petition here.

Recognising the impact WARIF is making in the lives of women and girls, the British Women’s Group invited WARIF to give an inspirational talk to participants at an event organised by the group in commemoration of IWD. The talk triggered the participants to the realities of sexual and gender-based violence in society and called on everyone to act in putting an end to it.

The Wheel that Keeps WARIF Moving

Dr Kemi DaSilva Ibru – founder of Women at Risk International Foundation is a phenomenal force behind breaking biases that exist against women and girls. She stops at nothing in her efforts to put wind behind the sails of WARIF’s vision of a world free of rape and gender-based violence. The establishment of WARIF is one of the several actions she has taken to ensure that women and girls have access to equal opportunities to ensure a sustainable tomorrow.

As a thought leader in the SGBV space and a notable female figure in the country, she was present in several events in celebration of women’s achievements and contributions to society. These events included the inaugural International Women’s Day Gala Awards, GAIA Africa Gender Parity Initiative Podcasts Launch, Africa Power Girl Program, an Intimate Evening with Zain Asher, amongst others.

The office of the Governor of Lagos State honoured Dr DaSilva-Ibru with an EKO 100 Women award, in recognition of all the great work she has done to support women and girls in the state; and Business Day recognised her as one of 50 Inspiring Nigerian Women.

Read all about what inspired Dr DaSilva Ibru to establish WARIF in this special feature published in The Guardian Life. 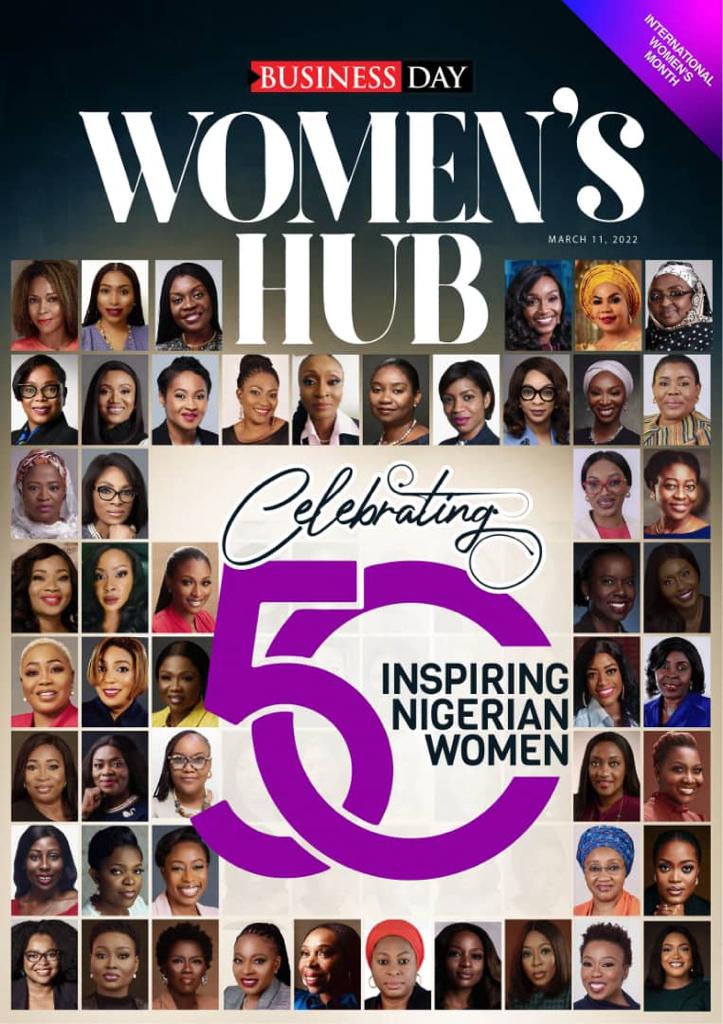 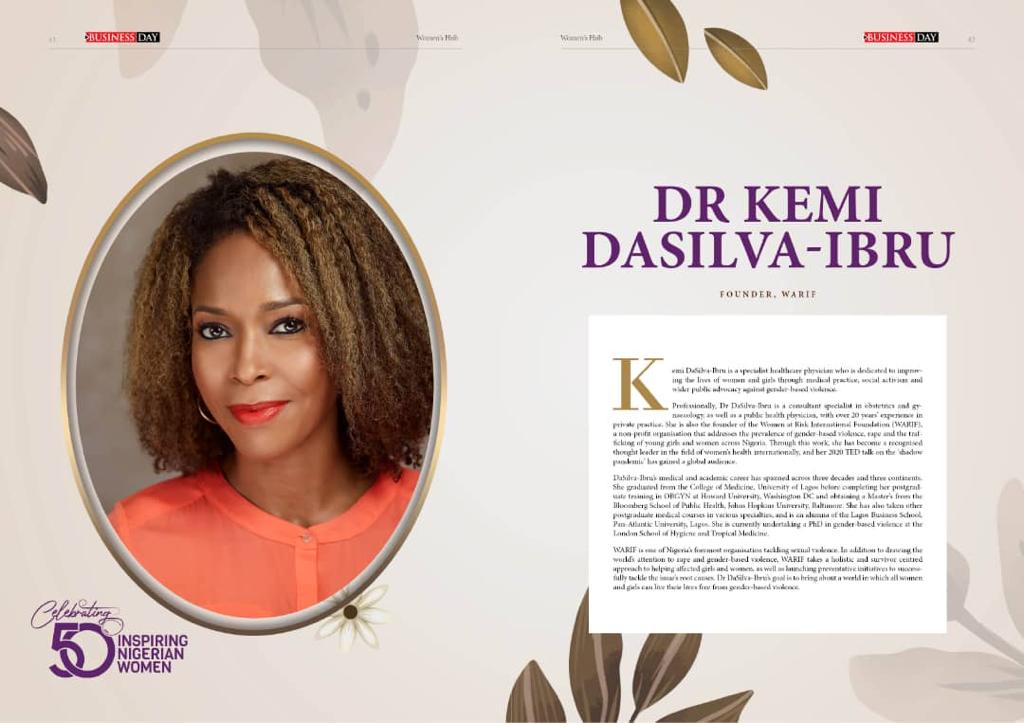 Related Topics:Break The BiasWARIFWomen at Risk International Foundation (WARIF)
Up Next

Obafemi Awolowo University Now Has a State-of-the-Art Music Studio, All Thanks to 2Baba