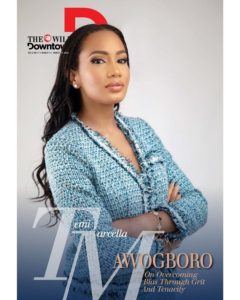 The story of bias in the workplace keeps going on and on, and it never ends. Almost every woman in the office has dealt with it in some form or another, and Temi’s experience began at an early point in her career. That’s why her interview is tagged ‘Overcoming Bias Through Grit and Tenacity.’

She described how, when working at Goldman Sachs, she was treated fairly disrespectfully by her male coworkers, and how, when she returned to Nigeria some years later, it persisted, with male colleagues making remarks such as, “Do you have a twin sister? Bring her to the next meeting.” She began to dress in colors that would help her appear the part and be taken seriously. Black quickly became a fan because she didn’t want to be a ‘distraction,’ as one male coworker described it. She eventually got over it and felt comfortable wearing any colour she chose, including one she worried would make her appear like an airhead… pink.

In this interview with TheWill Downtown, she shared her story about workplace disrespect, how she got people to see her beyond her attractiveness and trust her for the outstanding professional that she is, life as a woman in the corporate world, rising through the ranks amidst the gender-specific barriers, and raising girls that are audacious in their pursuit of a better life. 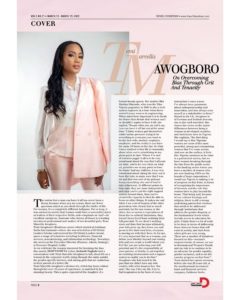 “Nigerian Idol” Season 7: Get to Know the Top 12 Contestants