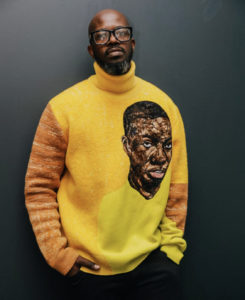 Mounting the stage in a sharp white suit during the premiere ceremony the artist said that, “I want to thank God for the gift of music and being able to share it with the world and heal some souls.”

On stage with him was his first-born son, Esona; he also mentioned that he had five other children back home in Johannesburg.

Pharrell Williams and David Guetta were mentioned in his speech, and he thanked them for trusting him and his ears.

Related Topics:Black CoffeeGrammysSubconsciously
Up Next