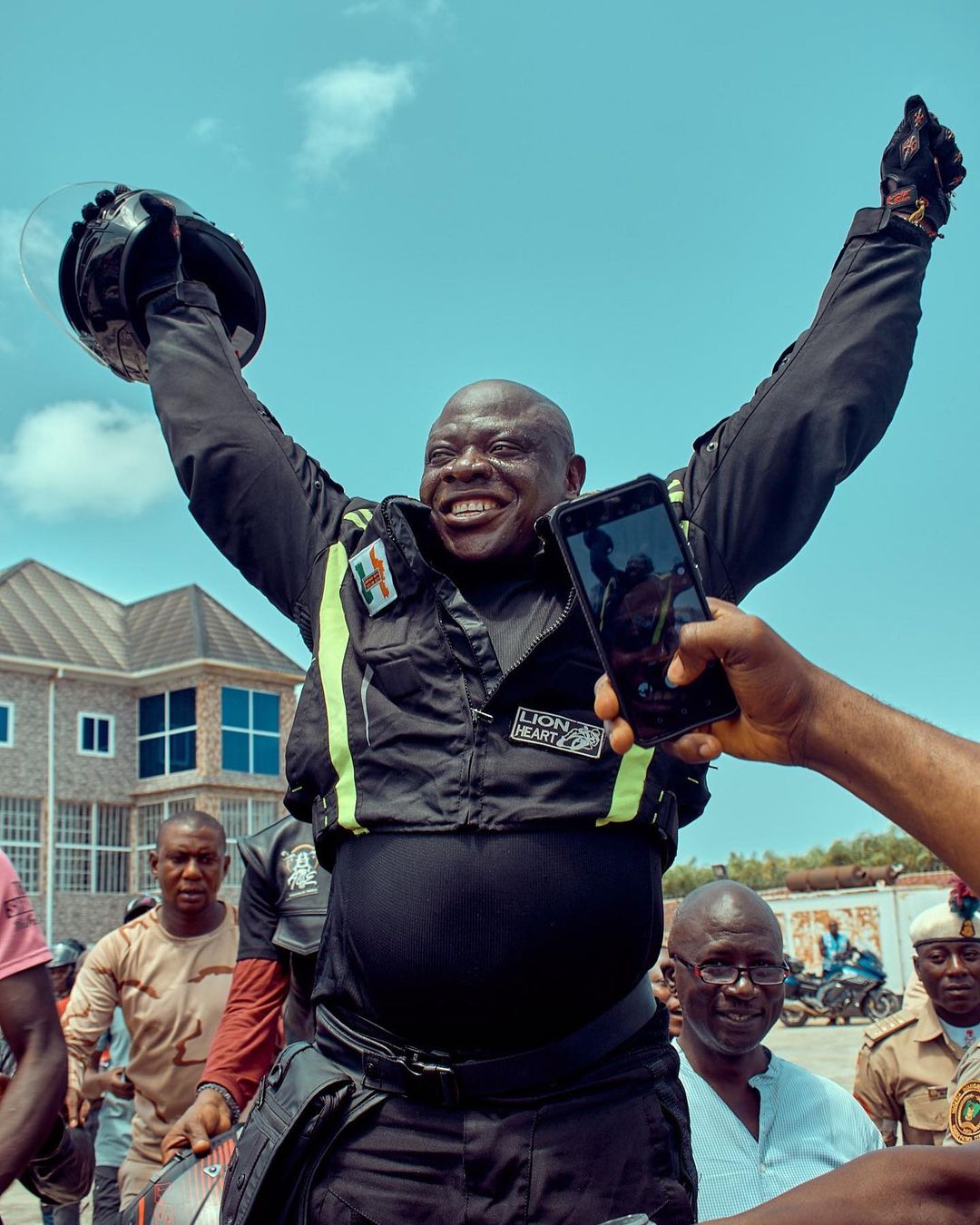 Kunle Adeyanju was a young boy when he had his first experience with Polio. His friend had the disease. In an interview with Punch, Kunle shared how his friend could not join him and other young boys to play because of the disease.

Kunle was aware of everything his friend went through before his eventual passing. And from that day, he devoted his time to ensuring that this scourge is stopped in its tracks. He had always wanted to take a bike from London to Lagos, and when it was time, he decided to not only do it for himself, but to use the opportunity to raise awareness as well as funds to end Polio all over the world. While significant progress have been made in Africa, Kunle wants everyone to do all they can to sustain this in the continent, and totally eradicate the disease from the world.

In partnership with the Rotary Club of Ikoyi Metro, of which he is President-elect, Kunle embarked on this journey to raise the funds to execute some community projects in Nigeria.

According to his dedicated GoFundMe page, 20% of the funds raised will be channelled to the Rotary PolioPlus Foundation to support Polio eradication.

Watch him talk more about this:

His 41-day, 12,000km trip started in London and took him to France and Spain. From there, he crossed into Morocco and went to Casablanca. Before arriving in Lagos, he stopped at Mauritania, St. Louis, Dakar, Mali, Bamako, Burkina Faso, Cote d’Ivoire, Accra, Lome, and Benin.

If you think it must have been tiring to ride for 41 days, you’re absolutely right. But the best part was that Kunle had to do humanitarian work during his ride. He had to go to the field to immunise children and meet with volunteers who were also doing this work to encourage and get them involved.

Kunle Adeyanju arrived in Lagos on Sunday, May 30, and he was received by a cheering crowd, as well as other bikers in the city.

He did all this to raise funds to fight and end polio across Africa. Now that the trip is over, he told Punch that he was going to sell the bike and donate the money to charity.