ARTSPLIT, a pioneering art trading platform for African art, will launch the maiden edition of a MOCONA (Modern and Contemporary Nigerian Arts) Auction for two weeks from 15 to 31 July 2022. This first-of-its-kind auction, titled Ode to Mastery, will feature five prominent Nigerian artists who are key drivers of the contemporary art scene on the continent: Abiodun Olaku, Duke Asidere, Edosa Ogiguo, El-Dragg Okwoju, and Oliver Enwonwu.

The MOCONA auction will be split, followed by a lease auction of individual works from the 5 artists. The works will also be available for physical viewing at Hourglass Gallery – 979 Saka Jojo St, Victoria Island 106104, Lagos for the duration of the auction.
You can also visit the website HERE. 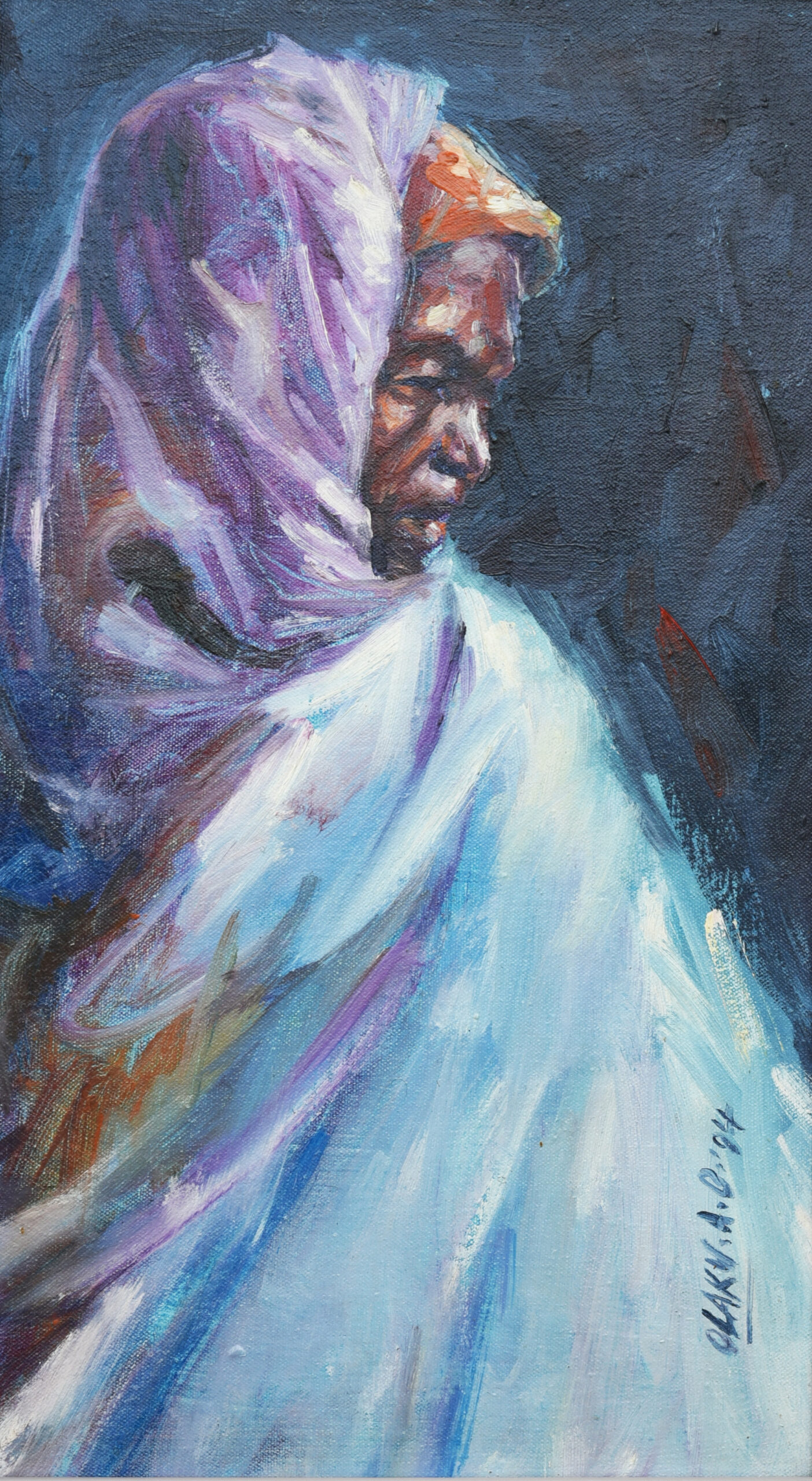 The ARTSPLIT app allows users to own fractions of prominent African artworks, also known as “Splits,” and keep or trade them on the app if they win the “Split Auction.” The Splits allow multiple people to co-own a single iconic piece of art, which no other art platform allows. Users can also participate in a ‘Lease Auction’ on the app to win physical custody of these split artworks for a set period.

The complete list of works available at the auction and links to buy splits are as follows: 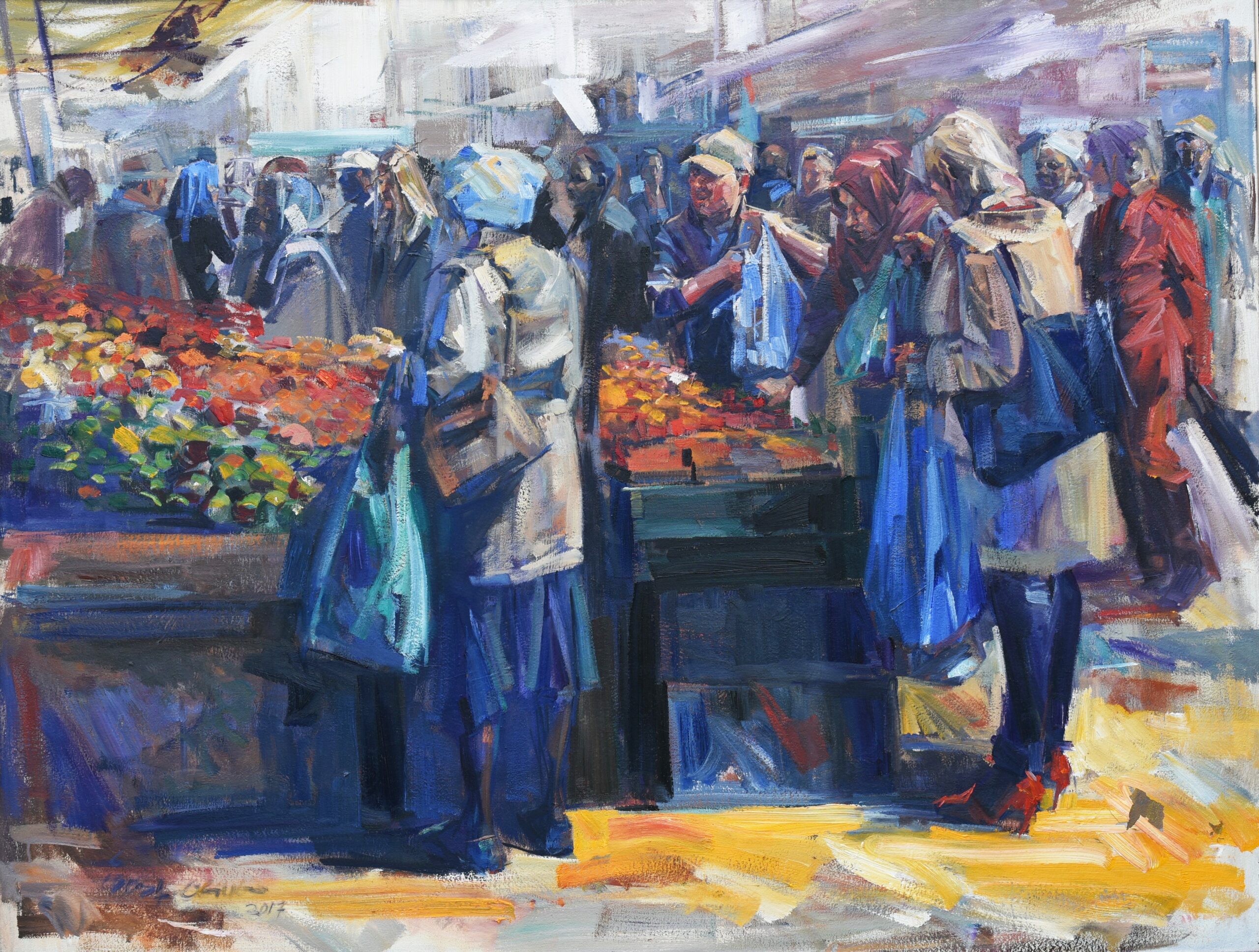 By presenting MOCONA, ARTSPLIT intends to raise the profile of these artists further and introduce them to a new set of diverse art collectors and investors, which would ultimately boost the status of both their works and the platform. Indeed, this is the new art economy!

About the Featured Artists

Famed for his highly finished and detailed depictions of Nigeria’s cities and landscapes, Abiodun Olaku is generally considered one of the country’s most accomplished oil painters. Olaku largely works in the traditional medium of oil; however, his work is not stuck in the past. The artist explores new horizons within established methods and techniques open to innovation.

El-Dragg Okwoju is an esteemed oil painter known for his vibrant depictions of Nigerian culture. Women are the subject matter at the core of Okwoju’s practice, often caught in an abstracted and ephemeral moment of ordinary life like dancing and celebrating life.

Duke Asidere expresses himself in thick, bold strokes through various media, including pencil work, oil, acrylic, pastels, and transparencies. Having been raised in a female household, he has become known for his inquisitive portrayal of women in works that explore concepts like politics, society, culture, and psychology – his architectural series offers a fresh perspective of Africa, and his number plate and spray series have underlying political statements.

Edosa Ogiguo is one of Nigeria’s most famous artists for his large canvasses of equestrian and dancing scenes. His fascination with horses began after a visit to his wife’s family in northern Nigeria. For Ogiugo, the technical challenges of mastering his subject matter inspire him more than anything else.

Oliver Enwonwu comes from a long line of remarkable artists, such as his grandfather, a reputable traditional sculptor, and his father, Ben Enwonwu, widely known and celebrated as Africa’s most celebrated pioneer modernist. Enwonwu interrogates the complex layers of history between Africa and the West in his work.

ARTSPLIT is an art trading technology company driven by one common goal; enhancing the investment status of African art by allowing users to co-own rare and valuable artworks on a platform that guarantees price discovery and market liquidity.  Our mission is to position African art & artists as the preferred alternative investment choice by developing the African art ecosystem through technology and co-ownership.  We believe that in this way, we can make wealth accessible through alternative investments.

The platform (ARTSPLIT mobile app) allows art lovers to own fractions (also known as Splits) of prestigious African artworks, which they can trade in real-time. ARTSPLIT also provides opportunities for owners of investment-grade African art to list their works and have them evaluated and sold to members of our community.

ARTSPLIT also offers advisory and management services for art collectors, which are personalized to requirements to manage art portfolios online fully and on offline platforms.

To find out more about ARTSPLIT, send an email at [email protected] or visit www.artsplit.com.

ARTSPLIT can be downloaded on App Store and Google Play Store.

Directors, Writers, Producers, and Creatives, Are you Ready? The Camon 19 Short Film Competition has Started