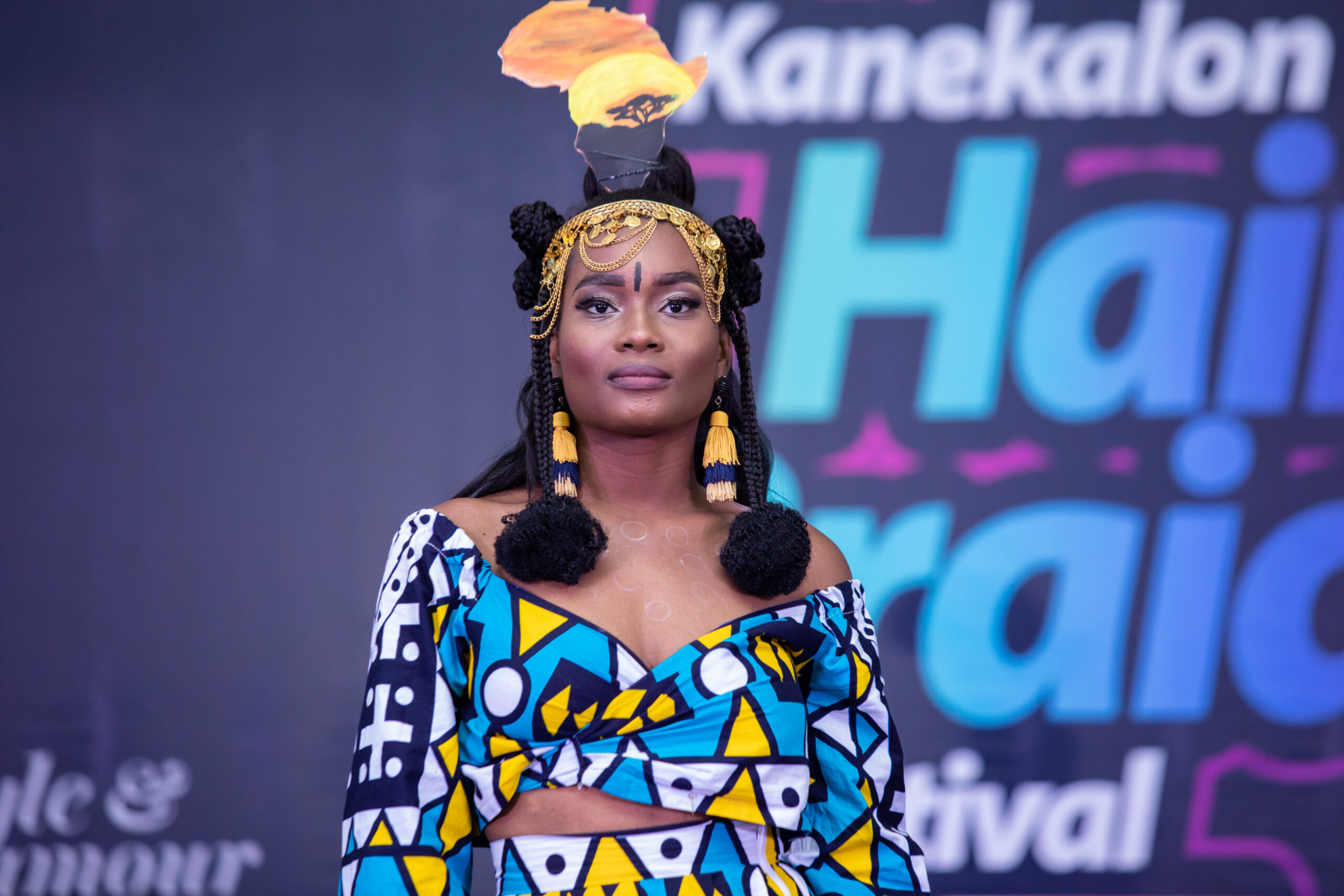 “Hairstyling is for all”; Kanekalon sought to break the narrative through these words with the just-ended Kanekalon hair and braids festival 2022. The globally recognized hair brand whose best selling point has always been its safety flame retardant feature launched the Kanekalon hair and braids festival in mid-August for university student hairstylists. The goal of this festival was in line with “breaking the biases” and stereotypes surrounding hairdressers and hairstylists with one primary thought that needed to be sanitized being ‘hairstyling is for illiterates and school drop-outs’.

With each university stop Kanekalon made, one could tell the success of the event coupled with the refreshing creativity and ingenuity of these student hairstylists was potent enough to indeed “break the bias”. The show which doubled as a two-day event for each location started on the University of Ghana, Legon campus for a product activation on August 11; a prequel to the main event on Friday, August 12 at the RS Amegashie Hall. 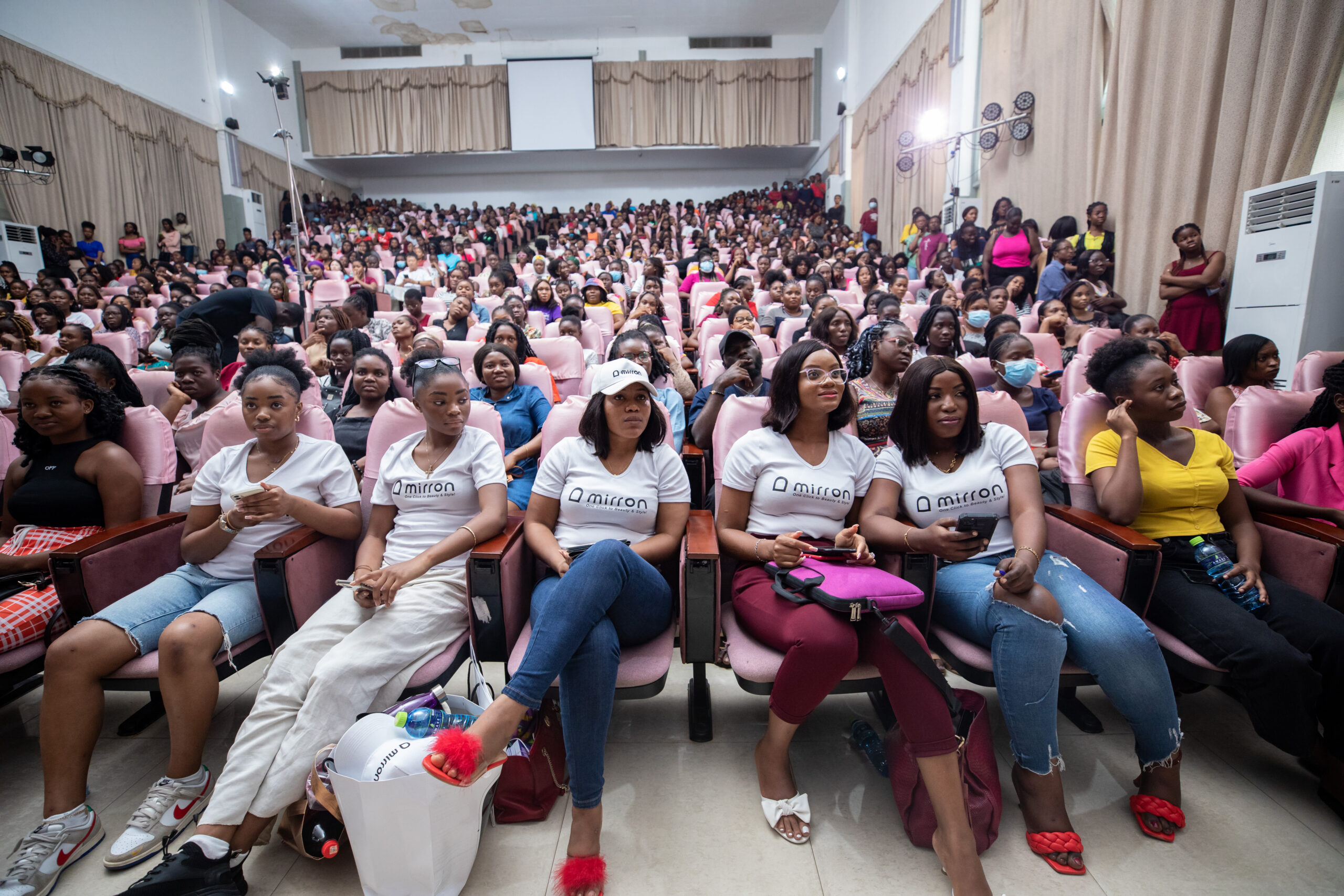 The hairstylists were tasked to present contemporary, futuristic, and bridal-themed hairstyles for each round of the competition and indeed they put up a terrific show with the various styles they presented at each level. Hairstyles shaped like nets and adinkra symbols, hairstyles that combined the bright and exciting colors of 100% Kanekalon fibers as well as hairstyles that told beautiful and unique stories were presented to the audience and judges as they remarked their satisfaction with the various presentations. Bernice Oppong a level 200 Political science student emerged as the winner walking away with GHC3,000 cedis, a citation of honor, and a package of hair products from the partners of Kanekalon. All other participants were also awarded a cash prize and hair products. 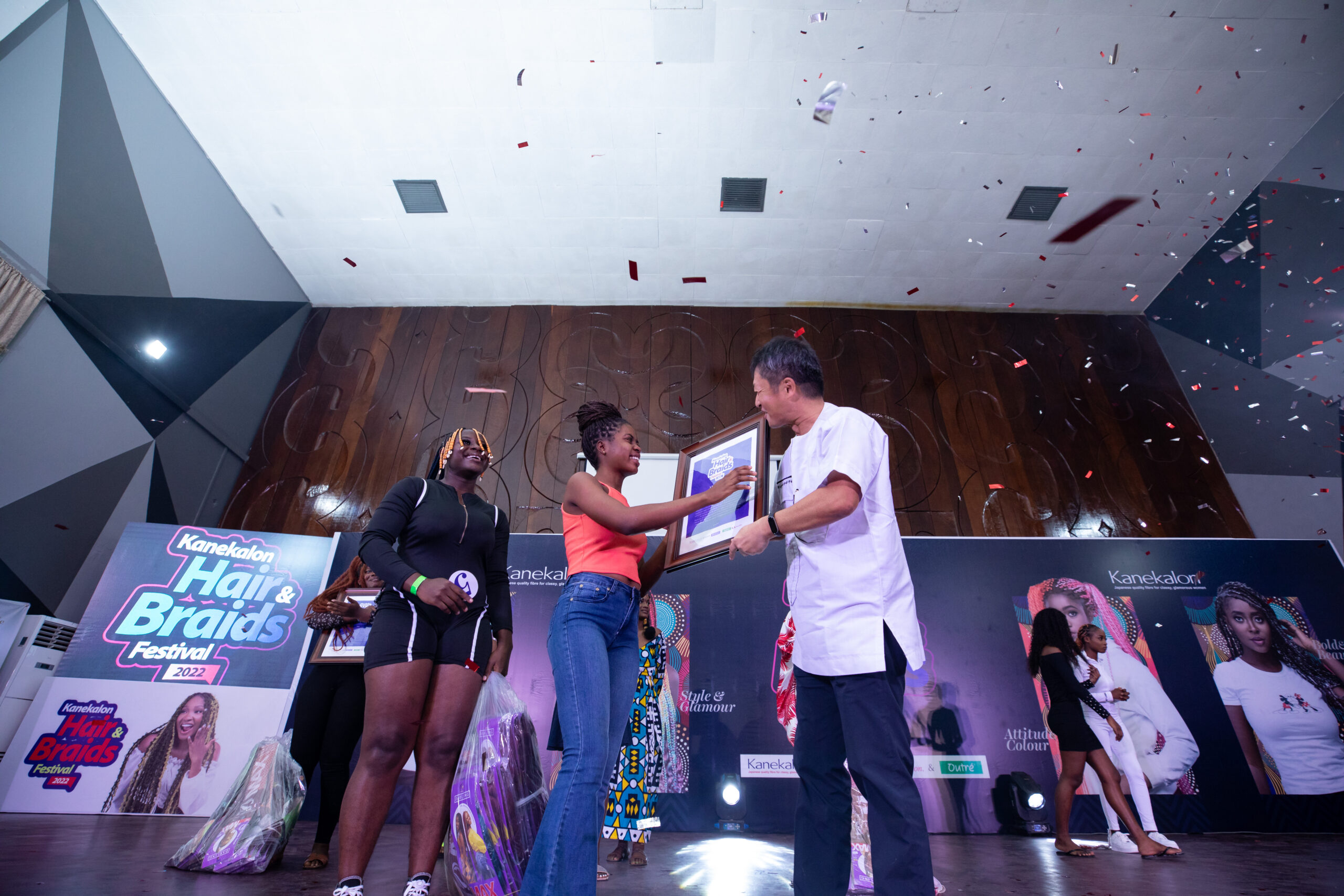 The Kwame Nkrumah University of Science & Technology was the second stop for the Kanekalon hair and braids festival. The event was held at the Republic Hall dining hall and was nothing short of beautiful to watch. The students raised the bar with the crazy and colorful hairstyles presented. From hairstyles braided and blended with colorful African fabrics to hairstyles that depicted a rich cultural heritage by their stories even to the funky, chic, and unimaginable. Maame Dansoa, a level 100 Civil Engineering student, came out tops on the judge’s score sheet and was adjudged the winner of the grand prize, citation of honor, and hair products. 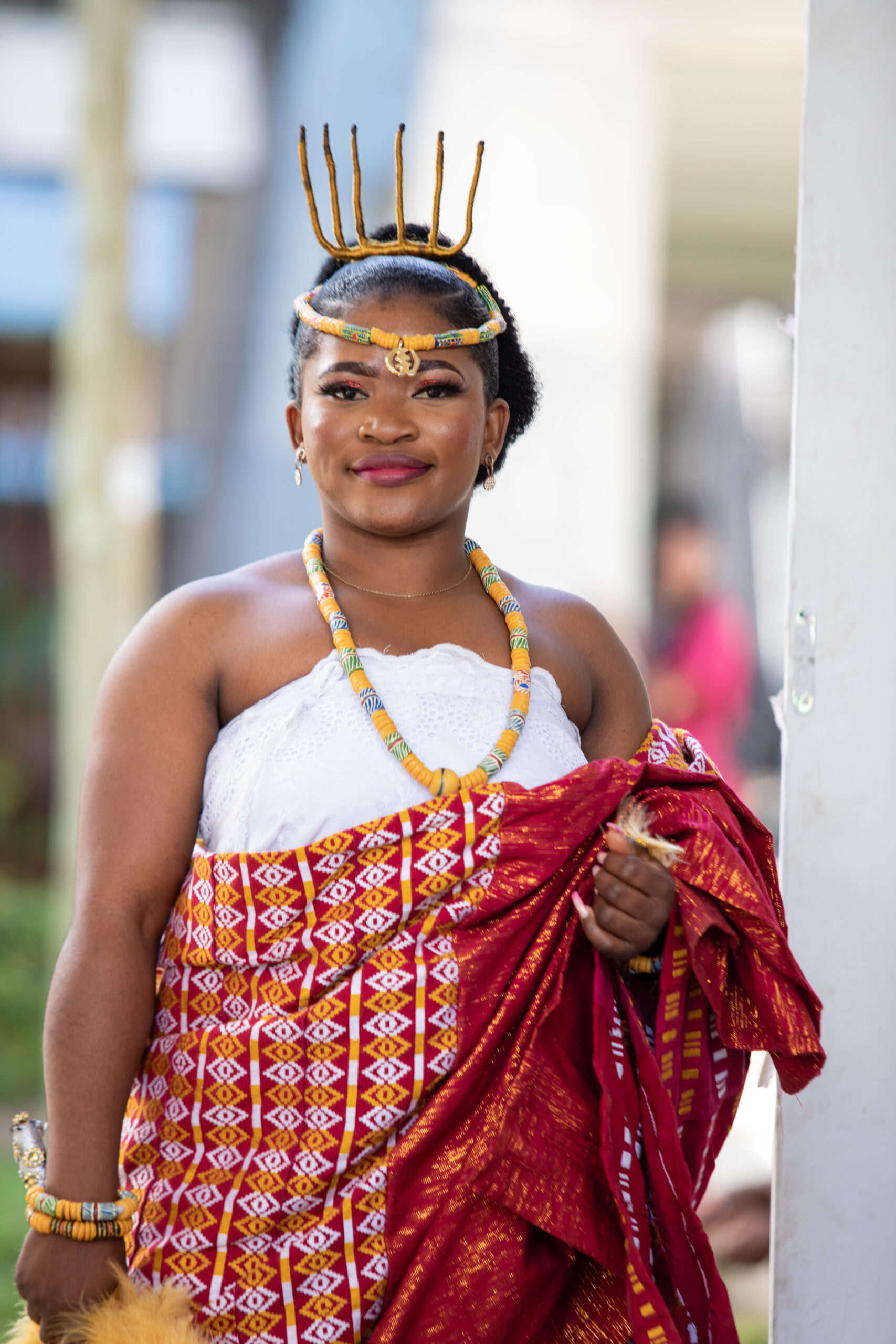 The Kanekalon team then made its final stop at the University of Cape Coast on September 20th and 21st for its product activation and main show respectively. UCC undoubtedly proved to be the “3rd time charm”. It was consistent energy, enthusiasm, and excitement from the activation grounds where free hair products were shared and hair products by partners were sold at discounted prices all through to the main event at the UCC main auditorium.

The hairstylists at UCC went all out with their tasks, especially the final one. A one-of-a-kind style was seen, it was a hat-shaped hairstyle 100% made out of Kanekalon fibers, a “Woman King” themed style, a hairstyle designed like a clock, and even what the judges called “the Adam and Eve look”. The program at each stop was interspersed with dance and musical performances by student artistes and performers and UCC was no exception to this. The audience at UCC gave off amazingly good vibes to crown the maiden edition of the Kanekalon hair and braids festival 2022. Persis Owoo, a level 300 Psychology student wore the hat of victory as the winner of the competition. 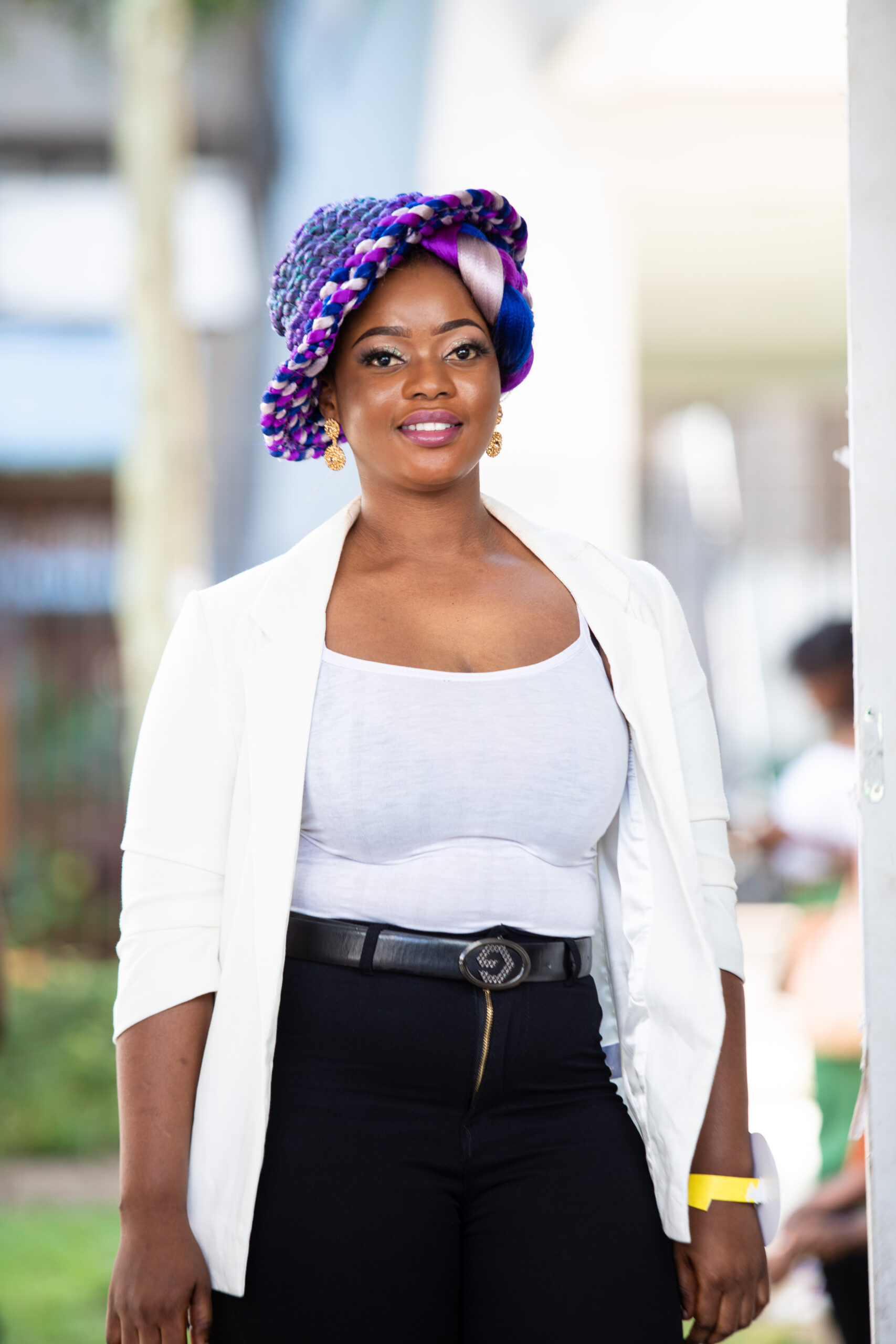 Kanekalon keeps setting the pace when it comes to working with young creative people and giving them opportunities to shine, particularly females, and this show was evidence of their unwavering dedication to quality and excellence as seen in their fibers. The hair and braids festival at each stop was ably supported by the partners of Kanekalon; Outré Africa, Darling Ghana, and Mirron, and were present throughout each stop.

The Chief Marketing Manager of the brand, Esther Asogonnde was amazed at the way these students went out of their way to achieve these wonderful hairstyles that could pass for artwork as well as the turnout of student attendees at each school. She specially thanked the various schools and authorities especially the office of the Women’s commissioner for each school who were very instrumental in the mobilization of people and organization of the event in their schools, the partners of Kanekalon hair fibers; Darling Ghana, and Outré Africa and hinted the possibility of a second edition due to the huge success of this first edition. 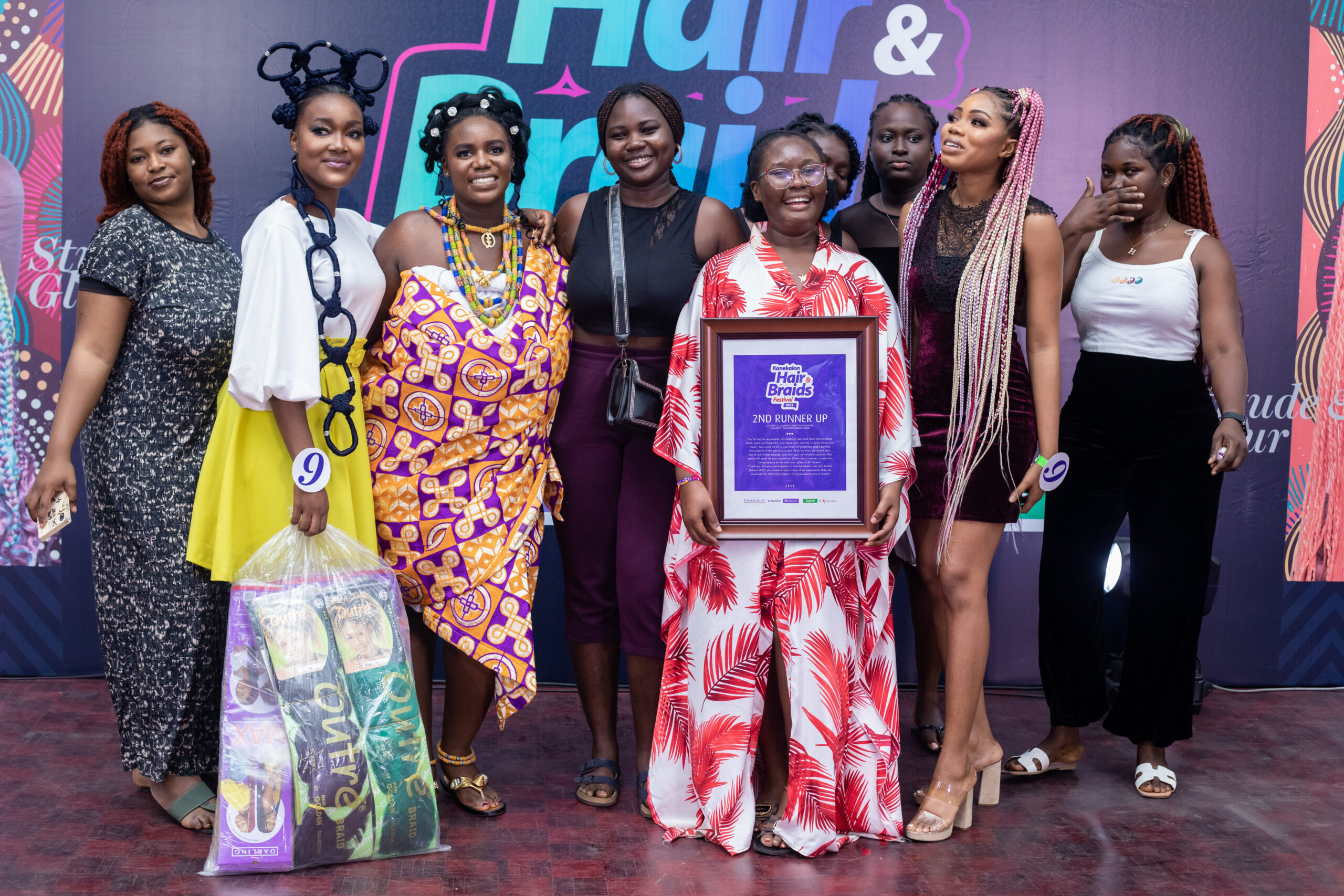 She also encouraged these hairstylists who participated and even those who couldn’t, to continue with their craft and never be ashamed of what they do.

“Girls can be whatever they want to be if they work at it, becoming both a hairstylist and an engineer is possible and we have seen it”. She ended with these remarkable words “It may be just fiber and hair strands but in your hands, it is so much more, Go for quality, go for Kanekalon because we will always support your dreams no matter what, and remember, hairstyling is for all” 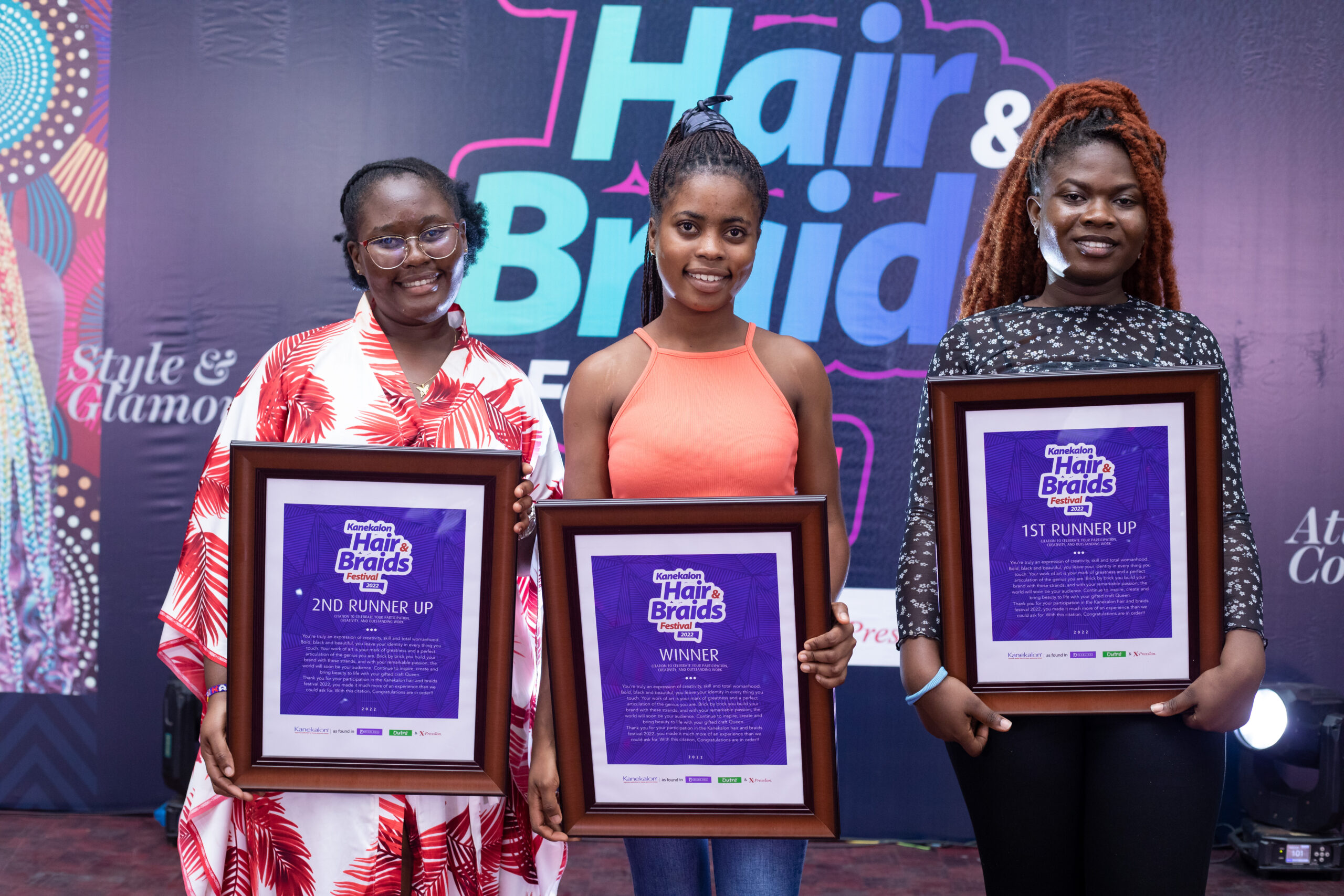 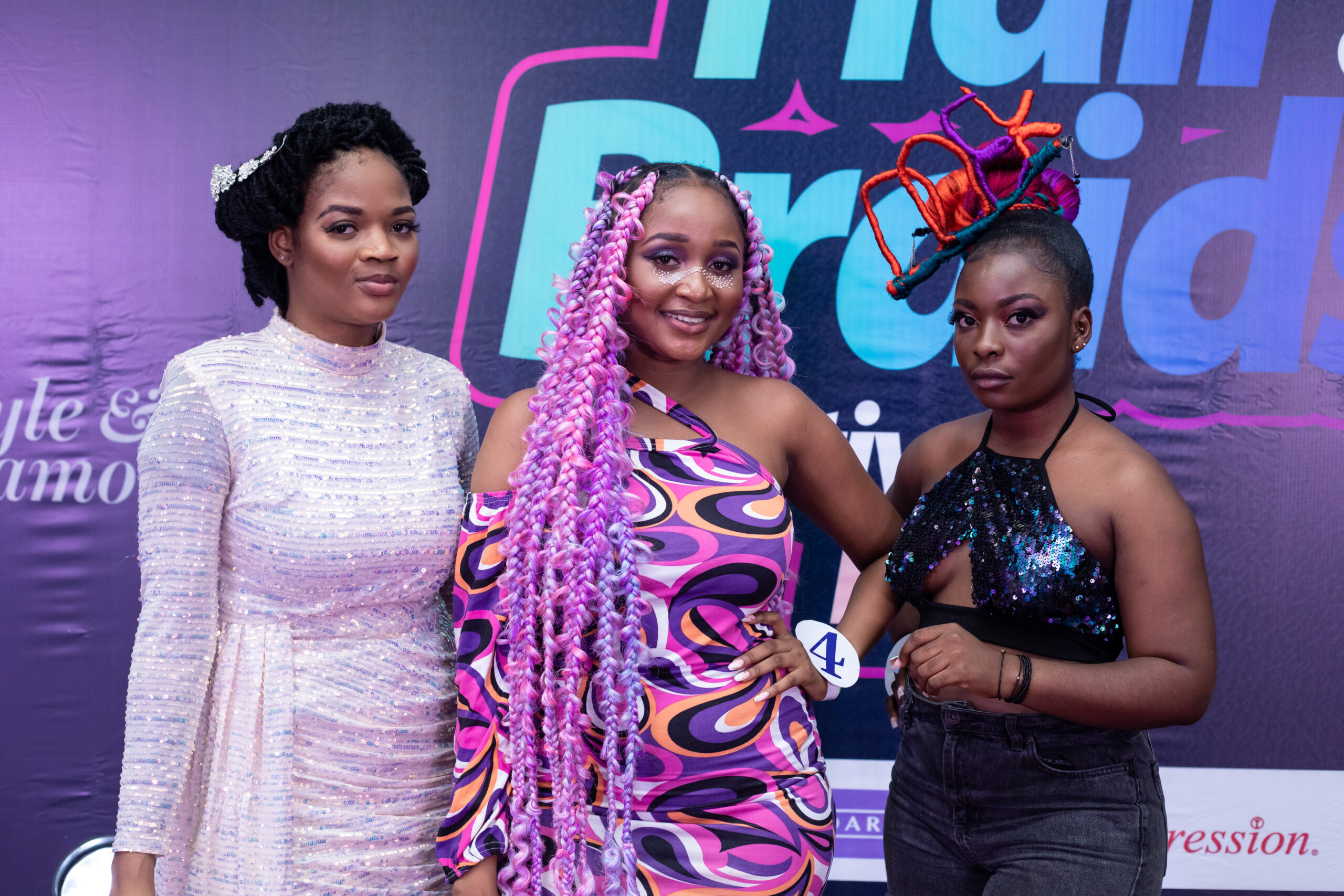 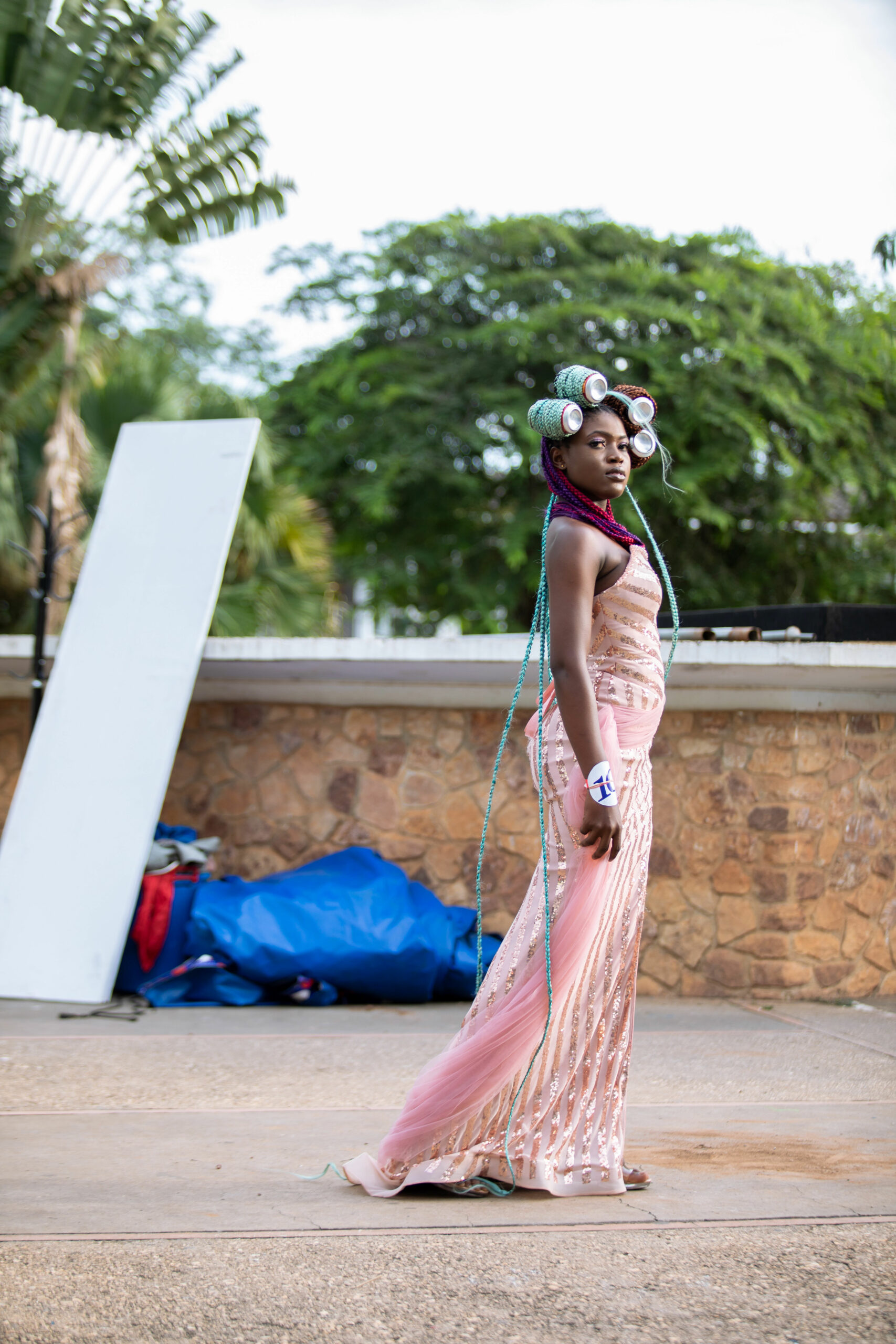 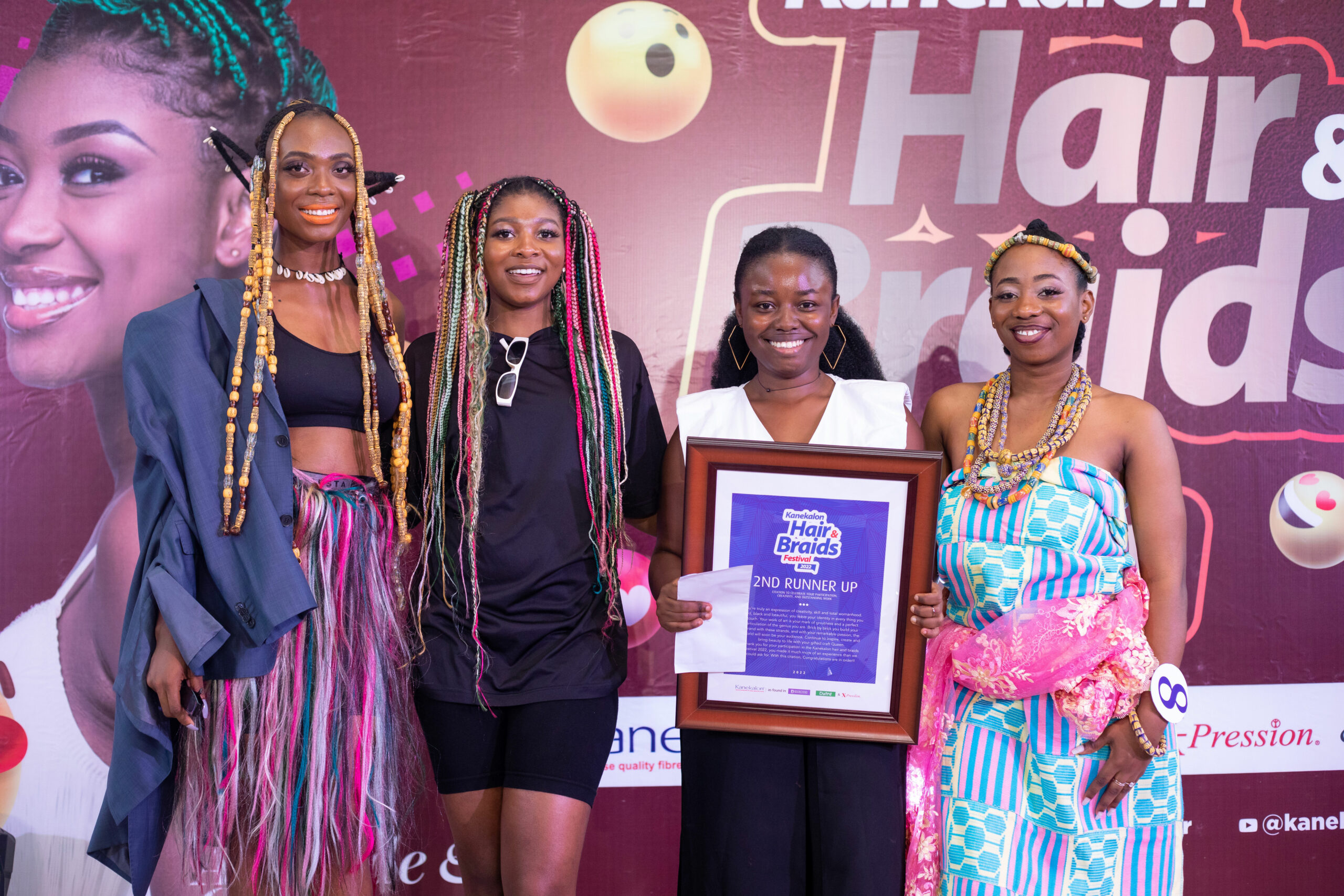 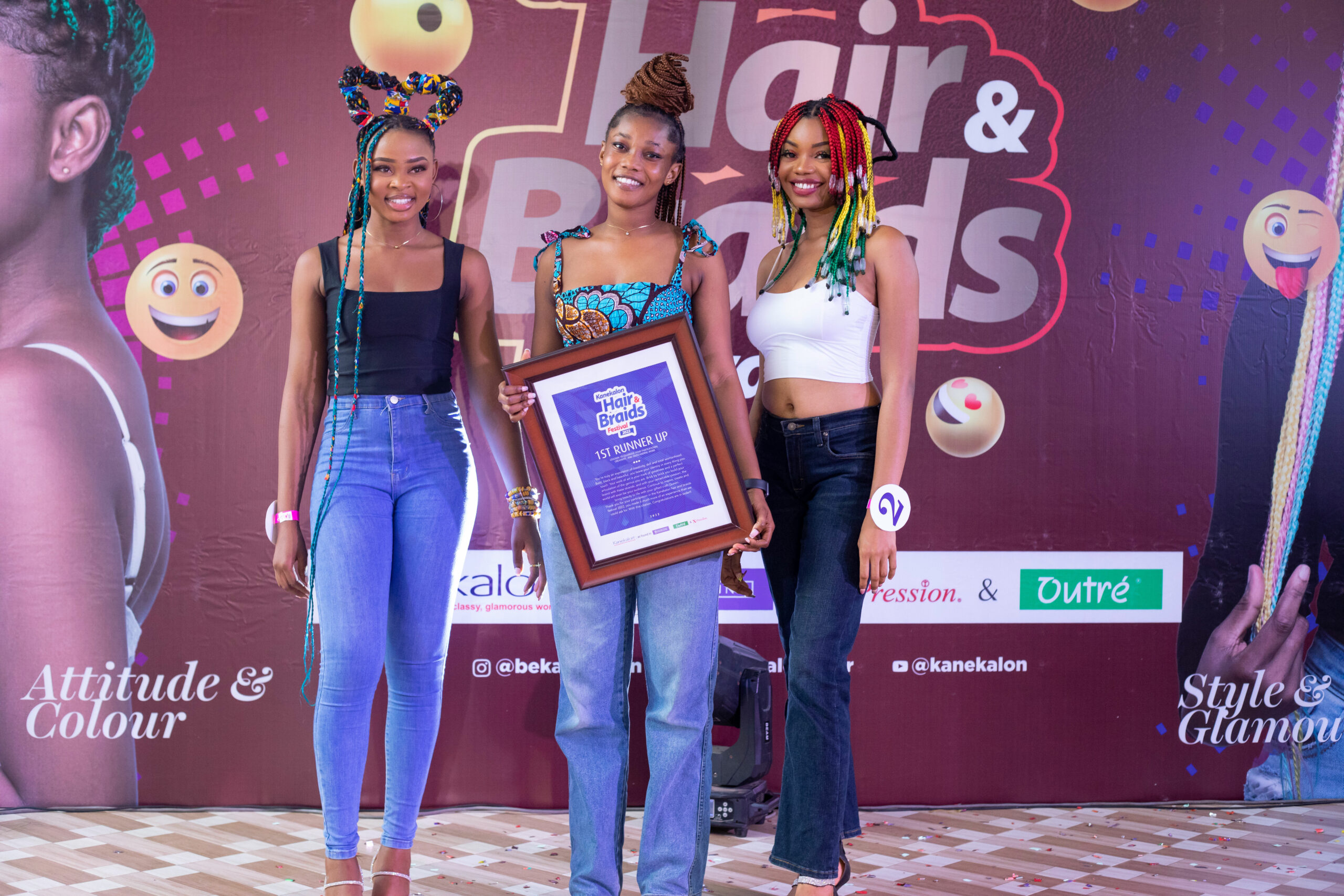 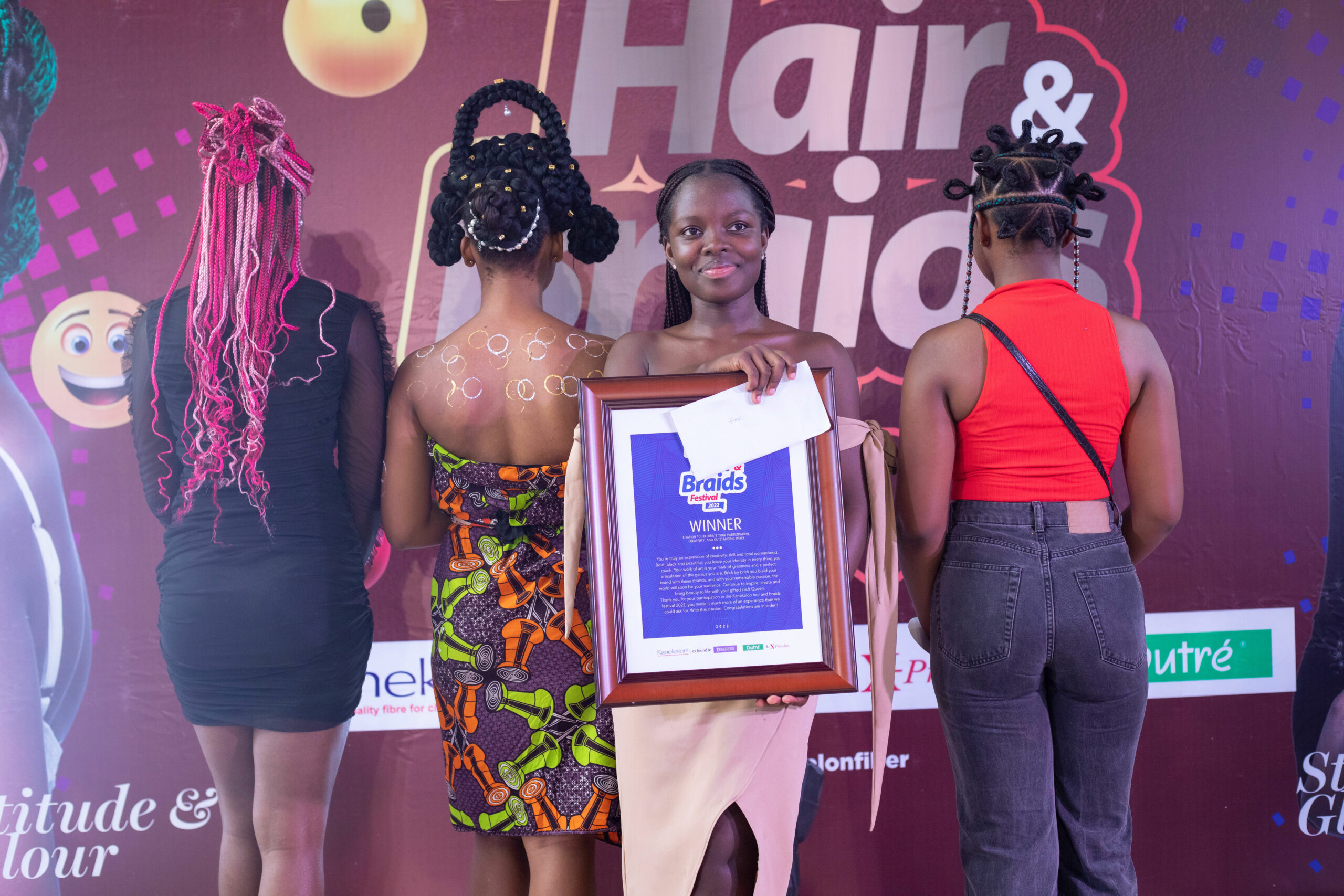 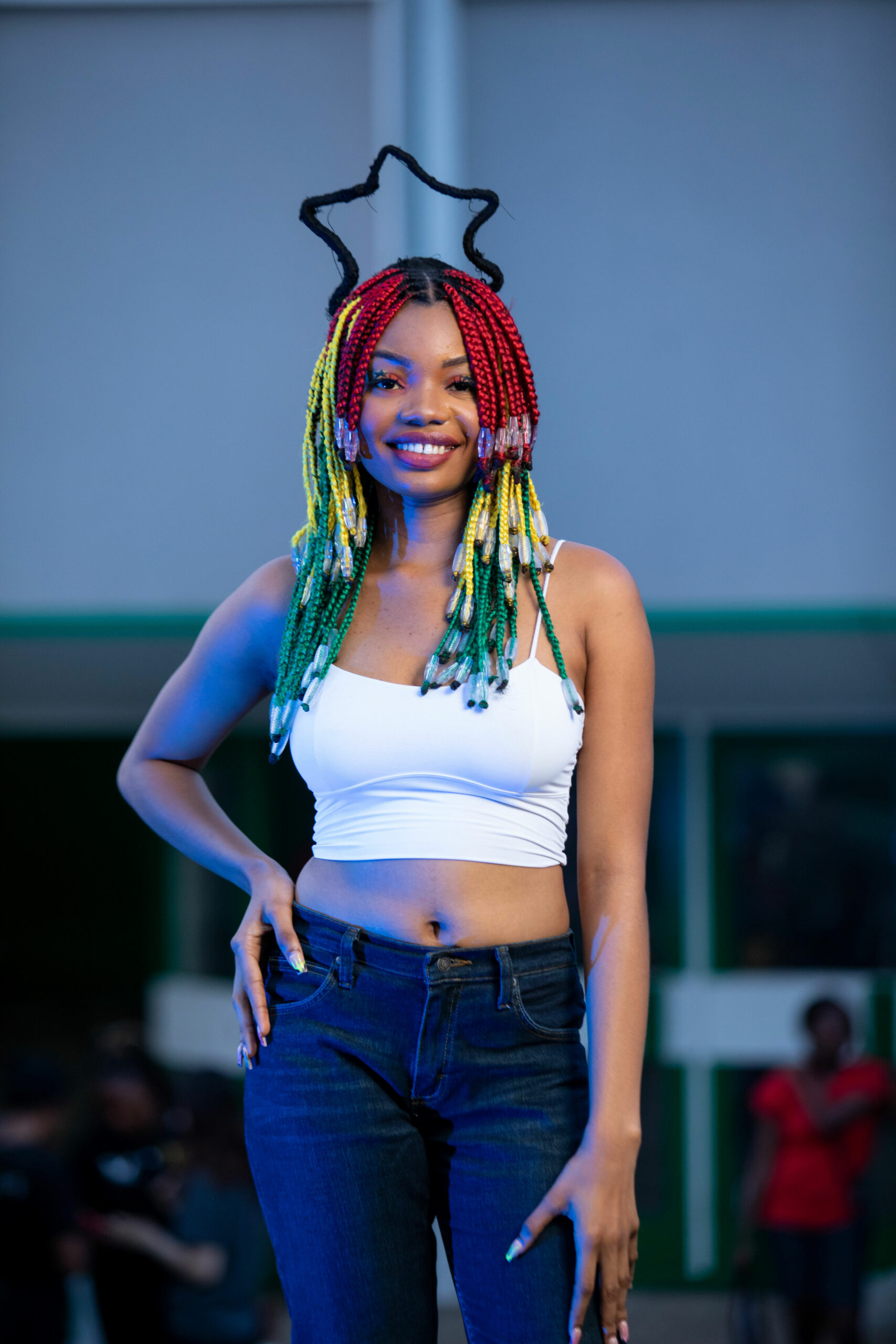 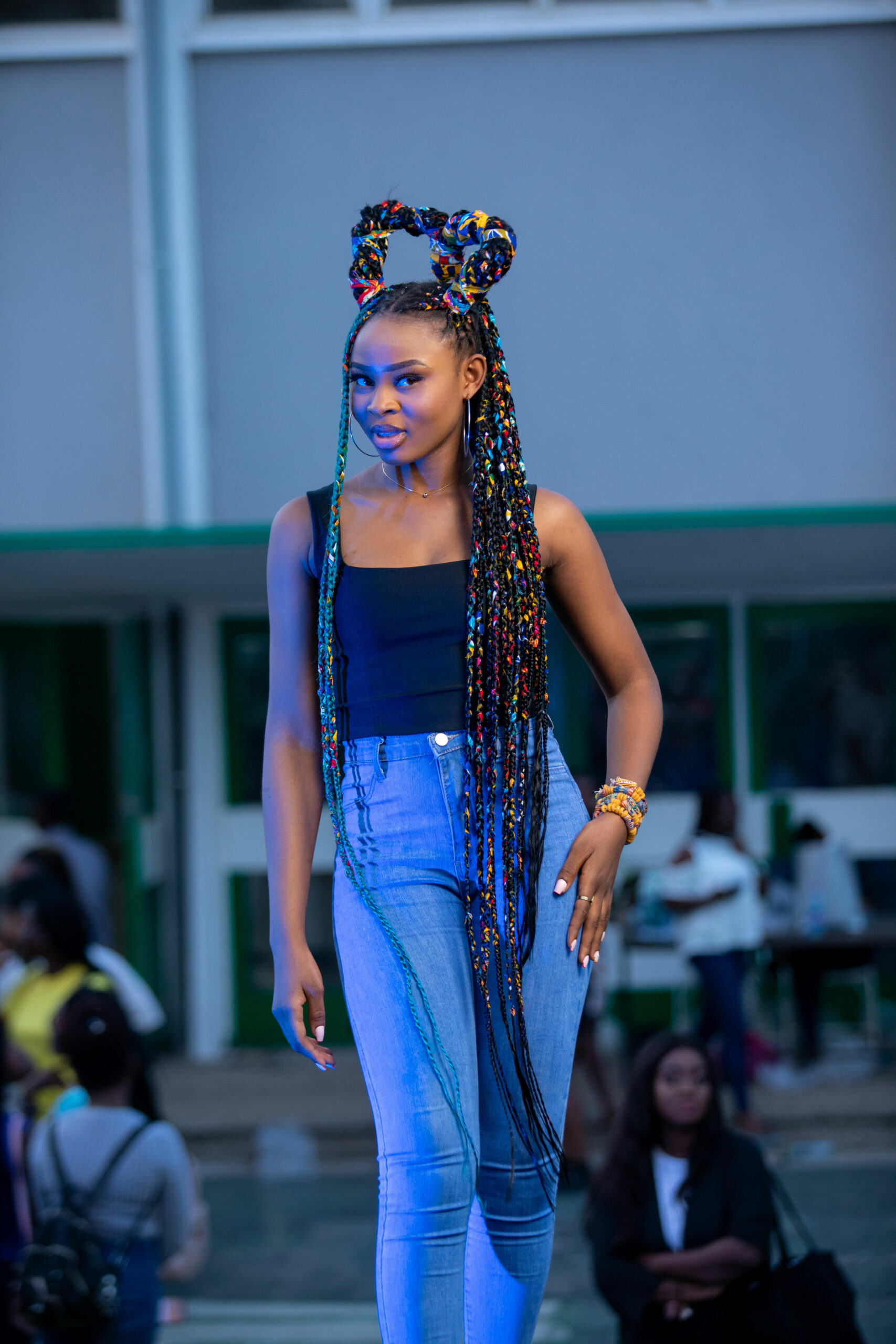 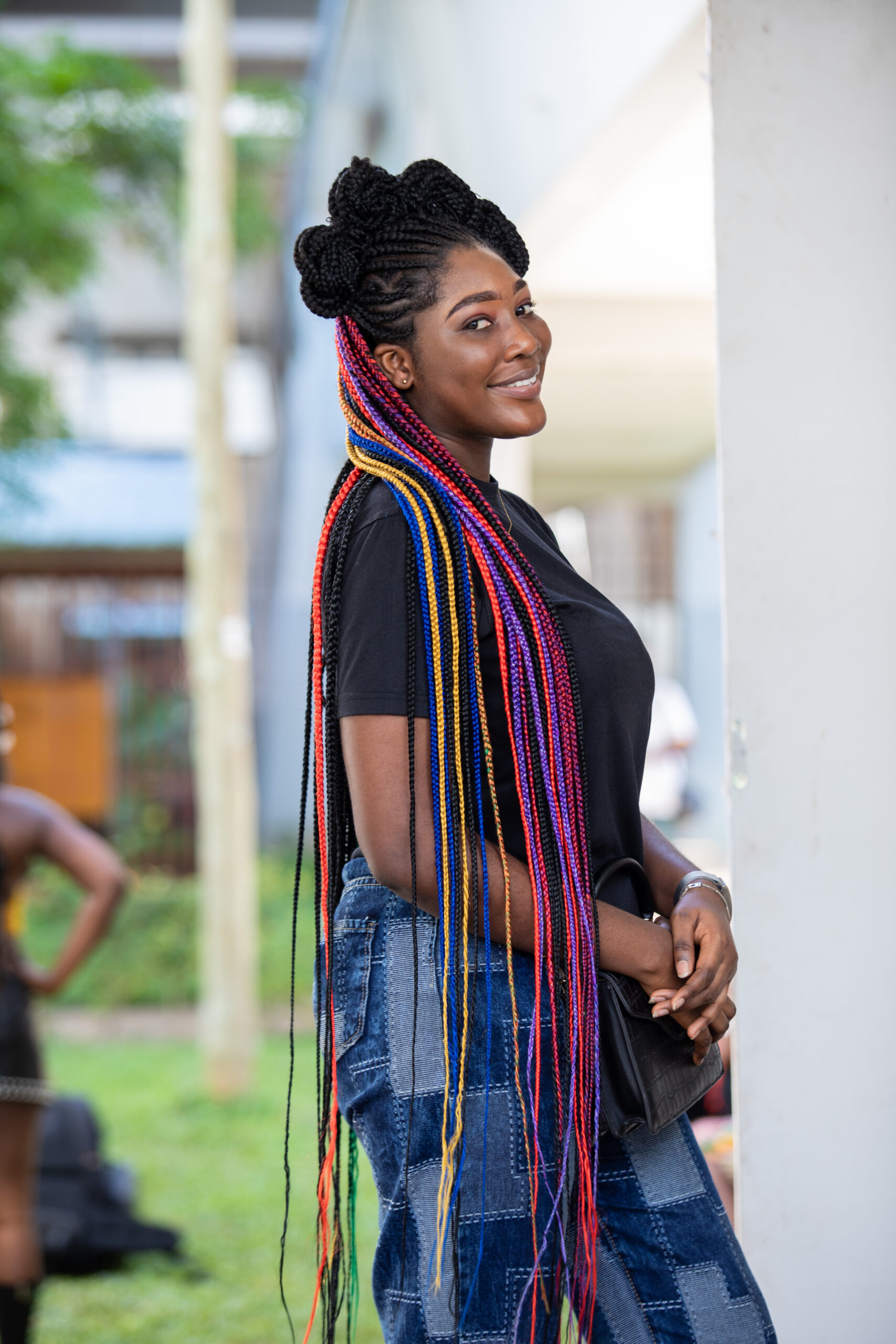 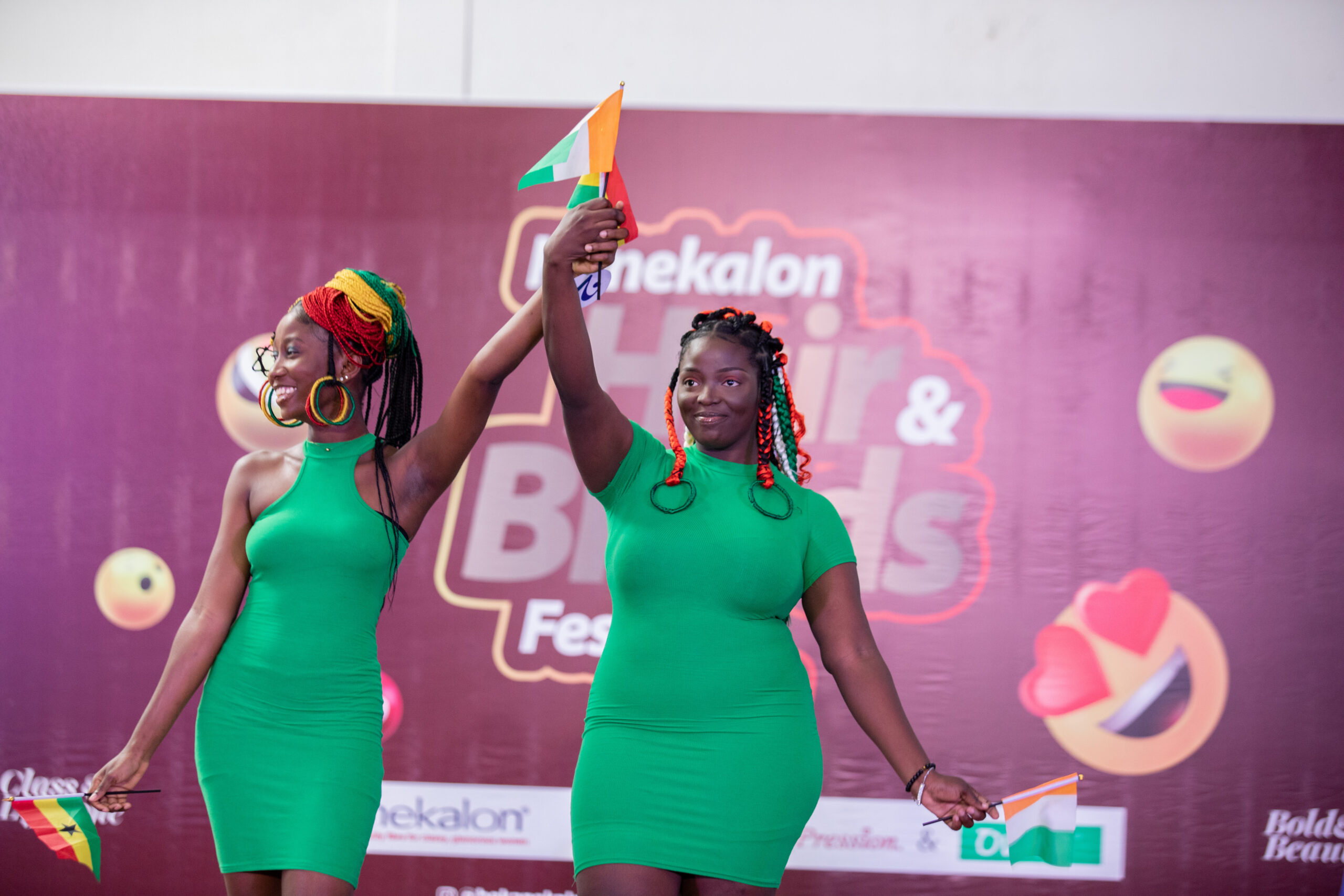 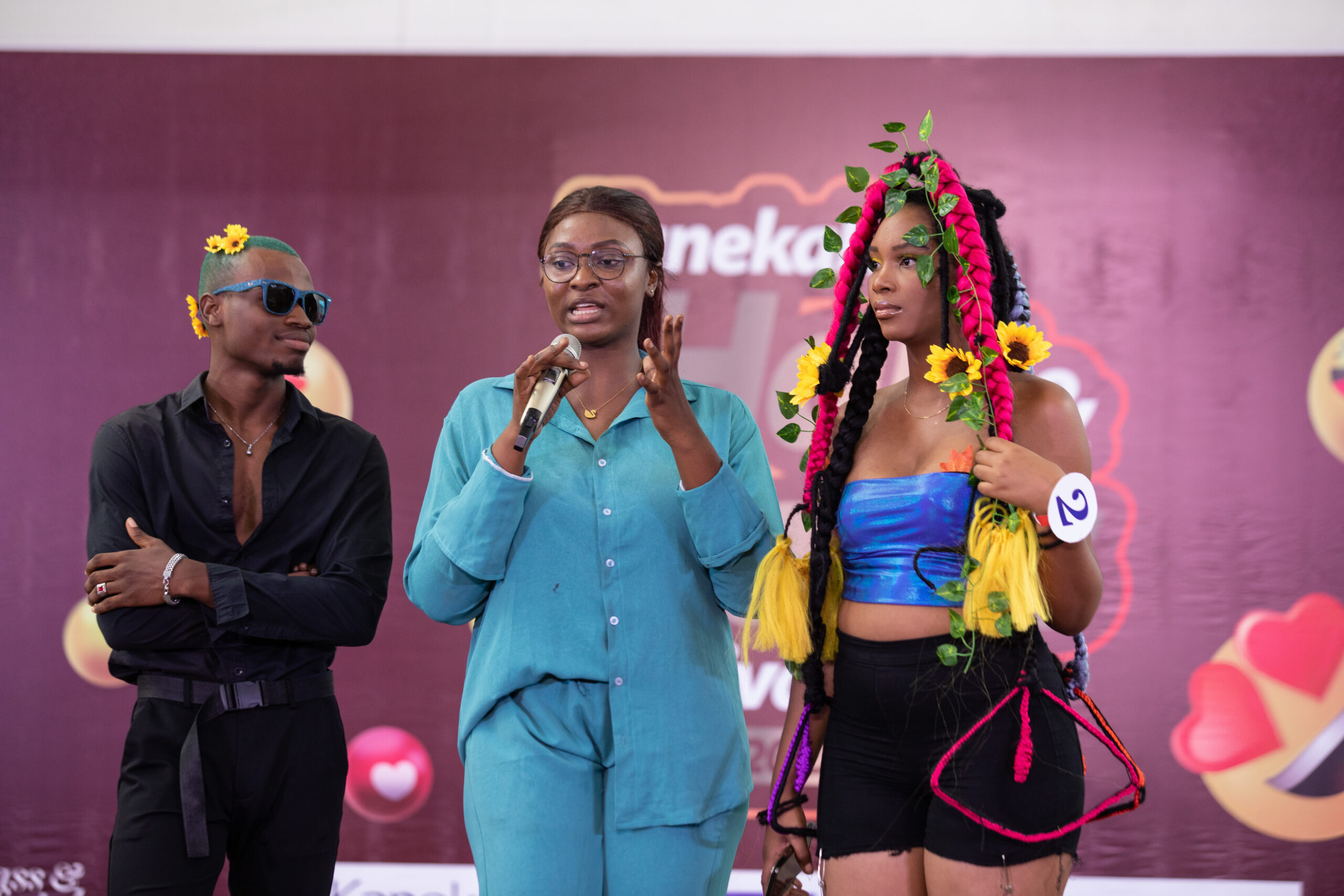 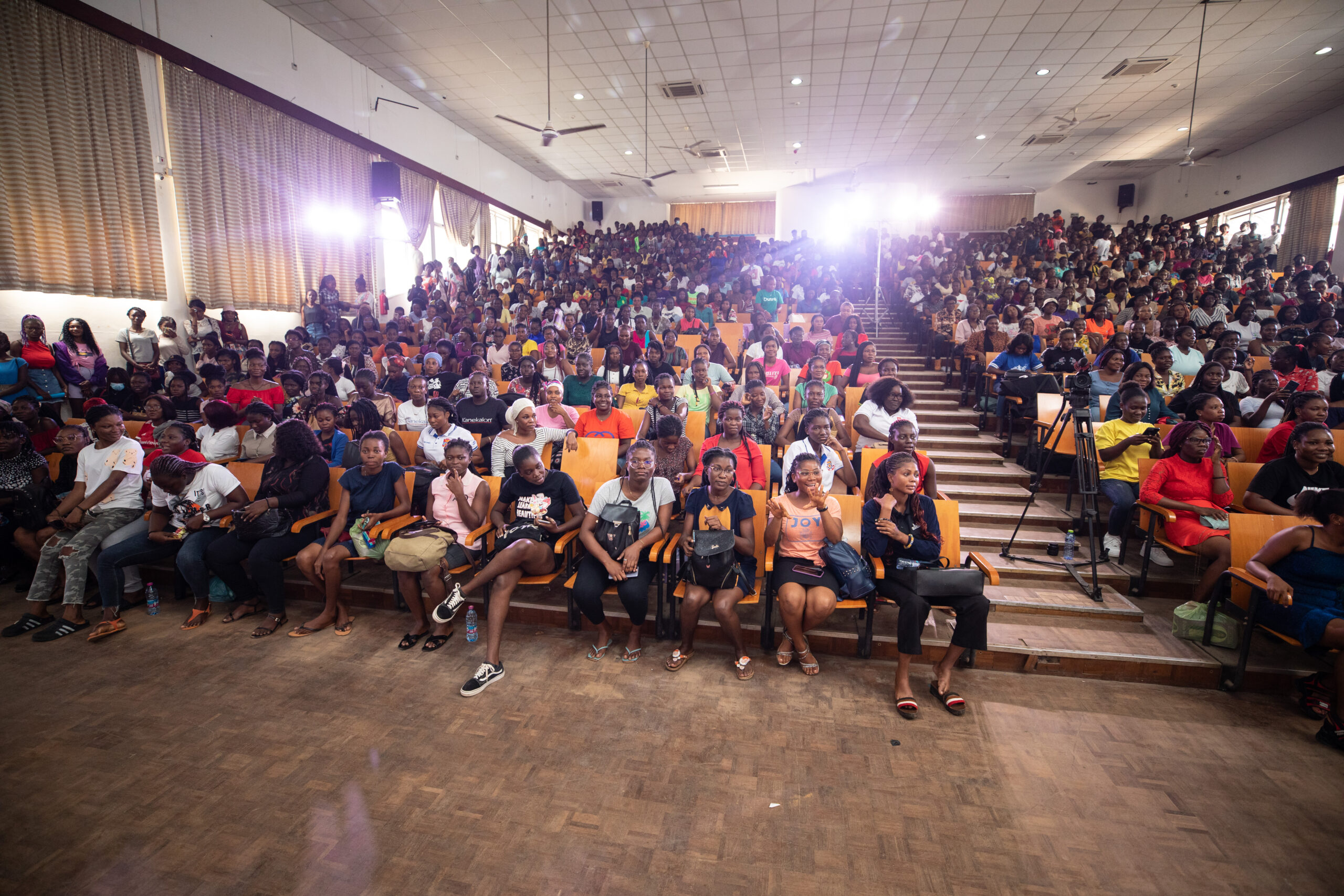 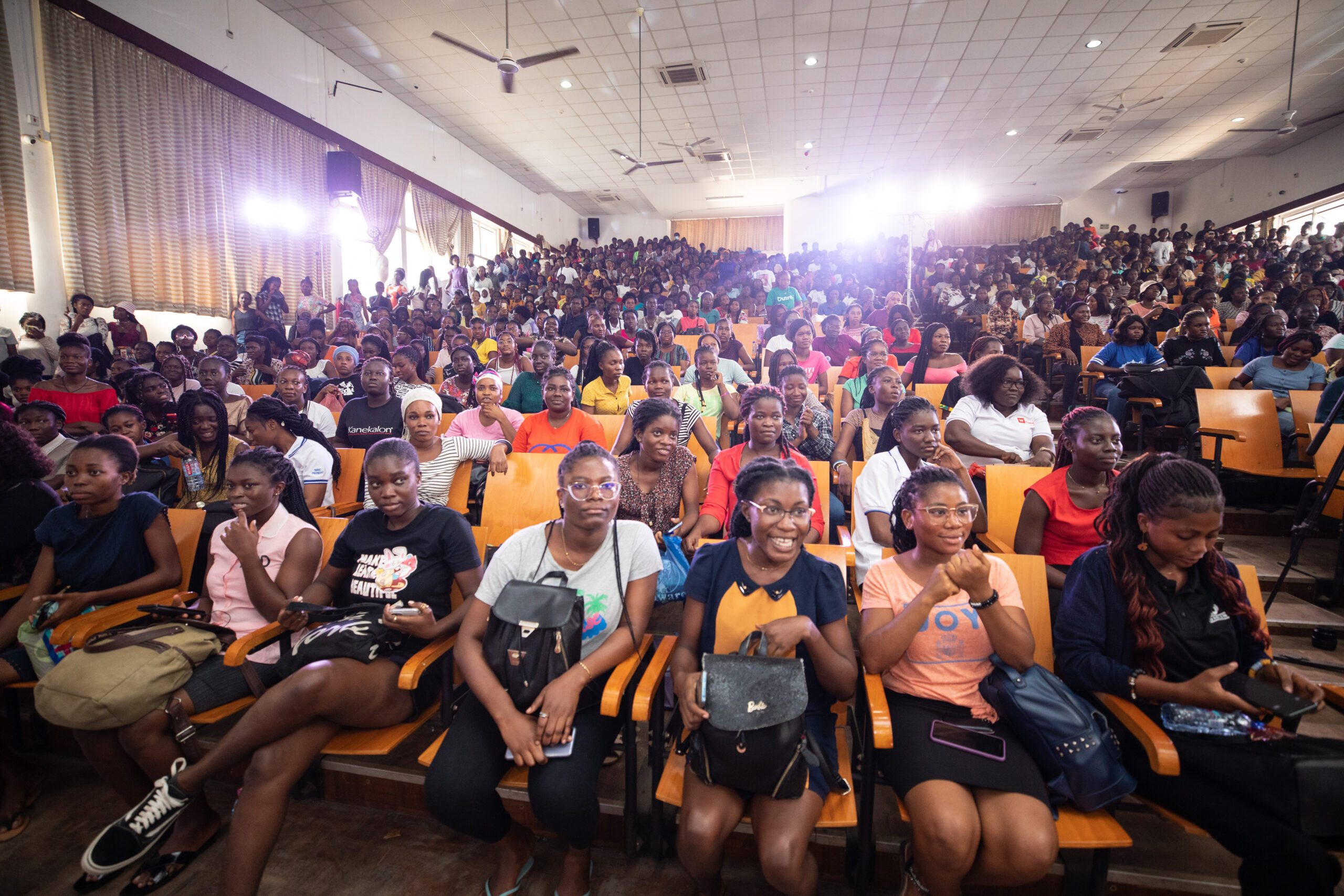 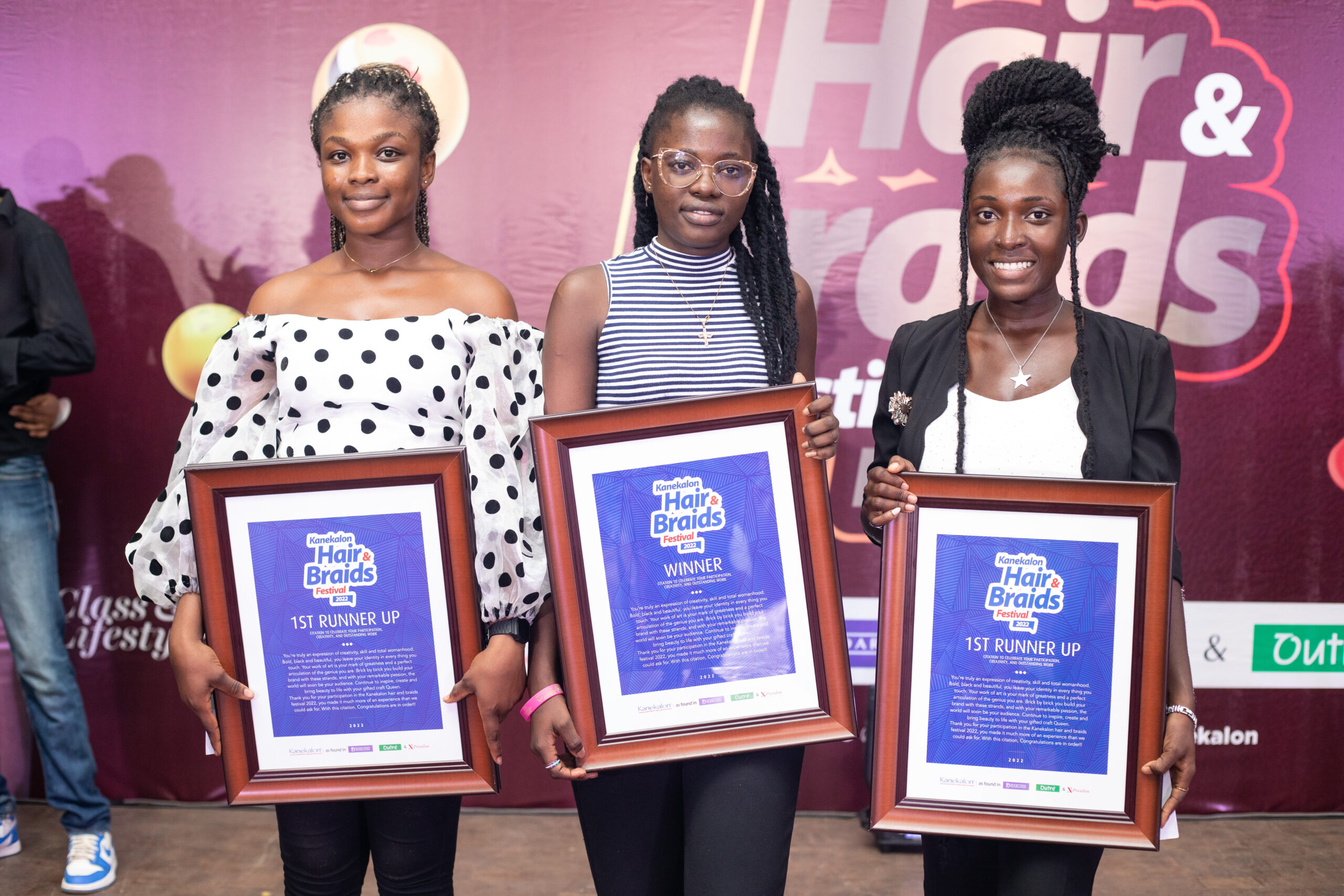 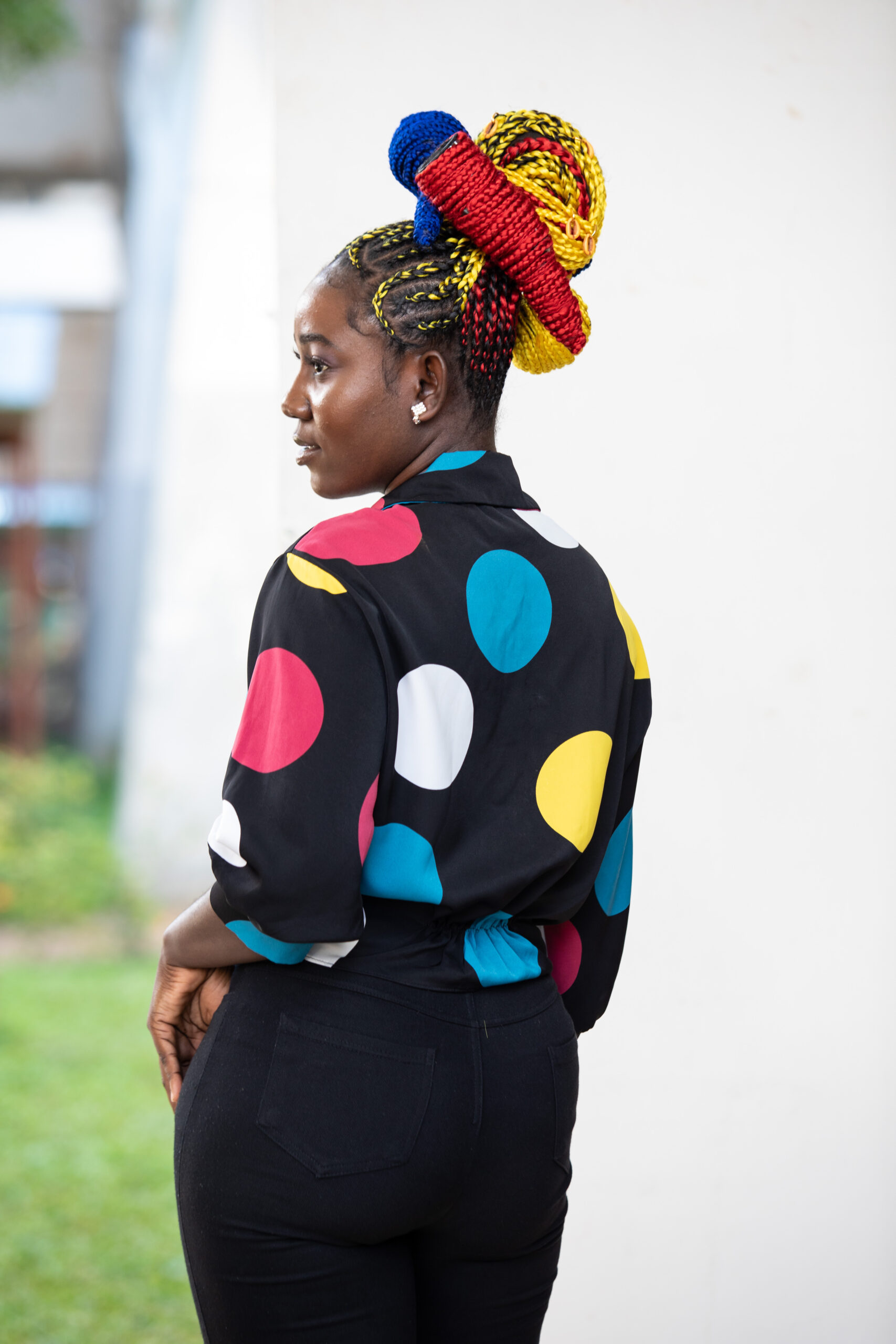