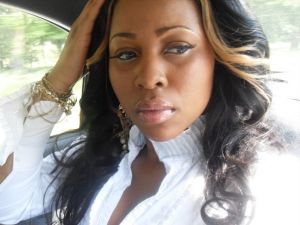 Its been an exciting couple of days in the Koko Mansion. The big news is that there is a a new Kokolet in the building and she is Isi Munirat – Isi is a 25 year old Nigerian travel agent based in Holland. Apparently Isi is just in the house to shake things up! She is not eligible for the big prize – instead she has been brought in to shake up the dynamics of the house. Lets see how it goes! From her few hours in the house, its obvious that she speaks her mind and is not afraid of being the villian.

In other Koko Mansion news, it was a good week for the kokolets – singer Djinee, Dr. Kuti and Grace Oforiokuma – CEO of Style and Grace Solutions visited and the girls completed a choregraphy task. The winners – Chinwe, Chidinma, Lizzy, and Rekana enjoyed viewing a movie ’17 Again’ as their reward. And then the evictions – Rekana, Victoria and fan favourite Rita were up for eviction. D’Banj saved the golden maned Rita. 23 Year Old University of Calabar graduate Rekana and 20 Year Old student Victoria were sent packing!

So what do you think of the evictions and new Kokolet – Isi?

Related Topics:dbanjkoko mansion
Up Next

Oluchi, Kate, Venantia, Kaone and You? – MNET begins scouting for the next Face of Africa