We’ve been buzzing about Hennessy Artistry all month long and we’ll keep doing this until the big finale on the 25th of September 2009. Last week, we introduced you to the artists and producers – gave you insight into their backgrounds as well as samplings of their music.

Live Gig 1 @ Saipan
Now the real competition has started, the first LIVE gig took place on Thursday, 10th September at Saipan in Lagos. The stage was set, the contestants were ready, the live band was tuned and then the guests began pouring in. Even music heavyweight Asa was in the house to hear what the new crop of Nigerian music stars had to offer. The show was MCed by Wale ‘Dizzy’ Akinjogbin and he did his bit by getting the crowd even more excited. Ice Prince was the first act to perform – this dude is talented!, he totally rocked the stage like a seasoned-pro, he crowd even joined in as he performed his songs ‘Badman’ and ‘Rewind’. Great start!
Next up was Mo’Cheddah, seriously its hard to believe that she is only 18. Totally confident and at ease on the mic. She rapped, she danced, she rocked the stage!
With Ice Prince and Mo’ killin their performances, Blaise had high standards to maintain. She held her own very well though on one of her tracks, the supporting male vocalist did such a great job that he captured some of her shine. Leave him at home next time Blaise, this is all about you! I kid, I kid…on a serious note though, Blaise is the most experienced of all the contestants having been in the game for over a decade and her experience showed, she did very well.
In the midst of rappers, you might have expected Bez to be the odd potato but that wasnt the case. Though his soulful music introduced a different vibe to the gig, it was a welcome change in tempo. He strummed on the guitar and he sang! Very captivating performance.
To round off the night was Jimmy Flames – Flames took us from Victoria Island to Kingston and back. He infused reggae flavors in his performance and totally carried the crowd! Am I the only one who did know Dokta Frabz was such a talented singer? He did a great job supporting Flames.
And that was it…the first Hennessy Artistry gig. Asa had some words of wisdom for the artistes and there was a brief moment of dispair for the artistes when they were tricked into believing one of them would be voted off but that didn’t happen. Can’t wait for the next gig!

Live Gig 2 @ Volar
After a thrilling opening night, we were back for more the next day 12th September 2009 for the Hennessy Artistry club date at Volar. Fans, music industry folk and media partners were all in the house to enjoy another thrilling night of music. Wale had MCing duties once again and then the performances started. Bez was first to hit the stage and then Jimmy Flames, up next was Blaise and then Omawumi took the mic to say hello to the crowd and offer her support for Jimmy Flames and Dokta Frabz (hmm I wonder why…wink), Ice Prince was fourth on the bill and the night was to close off with Mo’Cheddah and then a performance from headliner – MI. But that was not to be, there was a blackout – LightUpNigeria!!! followed by some technical hiccups. Mo got to perform one song and we didnt get that MI performance but it was still a very fun night!
The real nail-biting action begins this week when 2 contestants will be voted off at the club gigs at Q Club and NuGrotto. See you there – I’ll be in the corner sipping on my Hennessy ginger cocktail!

Photos from the Hennessy Artistry Live Gig at Saipan 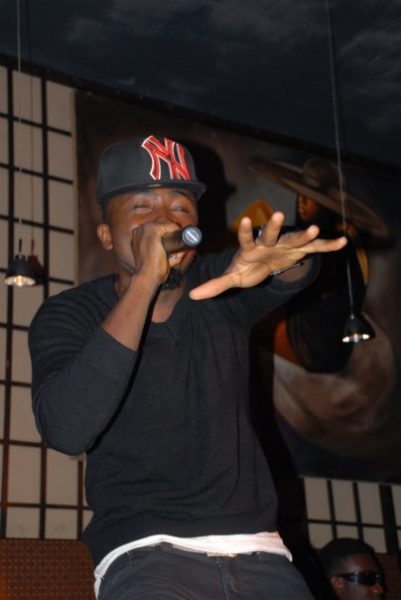 Ice Prince was first on the bill. He didnt disappoint 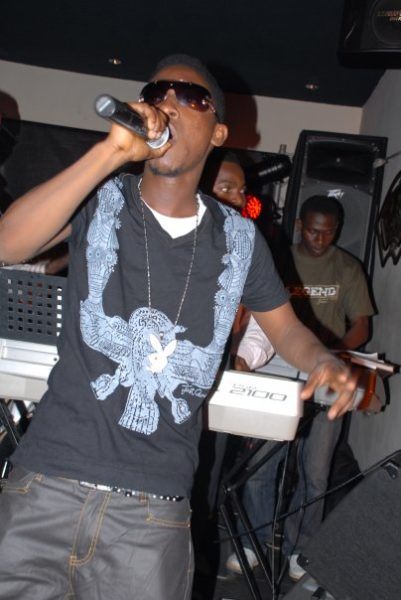 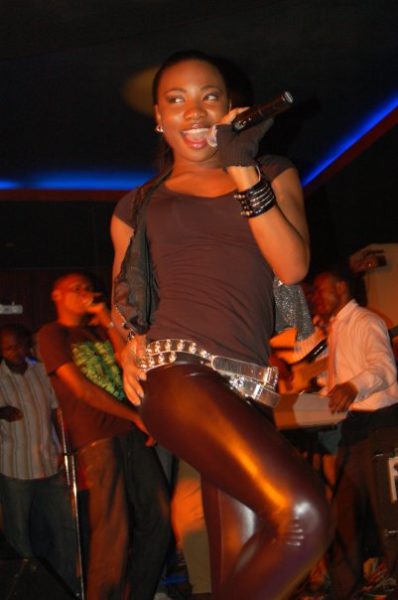 Mo'Cheddah sassy on the mic 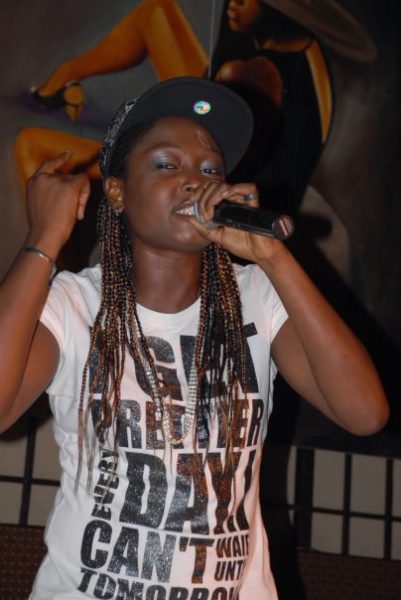 Blaise's Tee tells part of the tale...she may be pretty in the face but she's gully on the mic 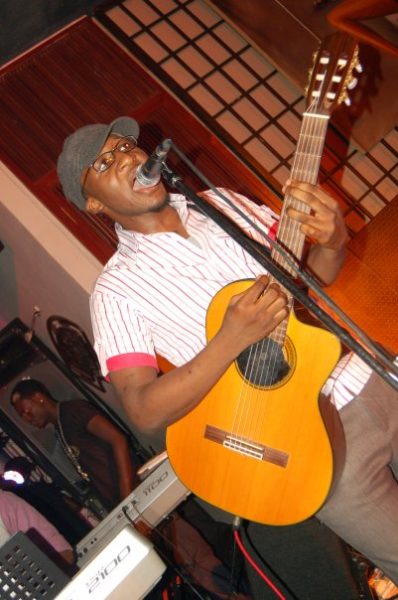 Bez displays his skill on the guitar 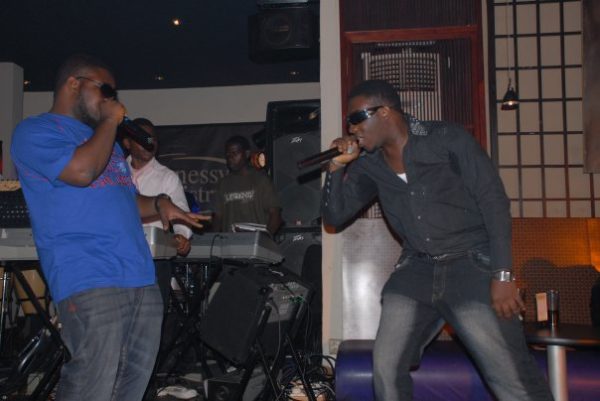 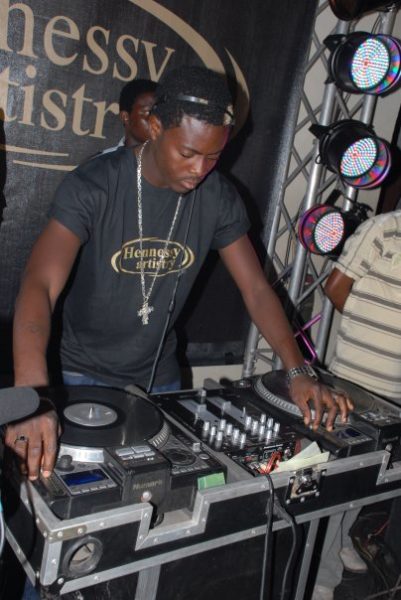 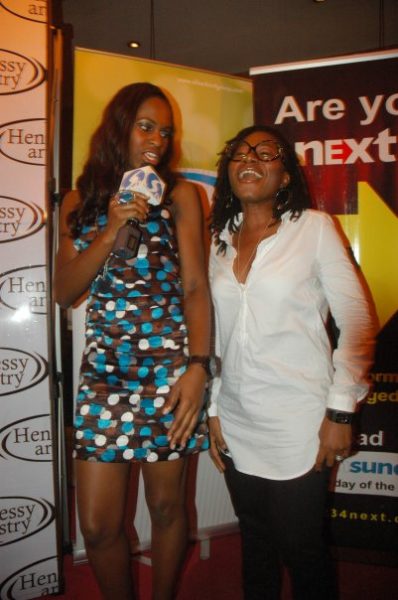 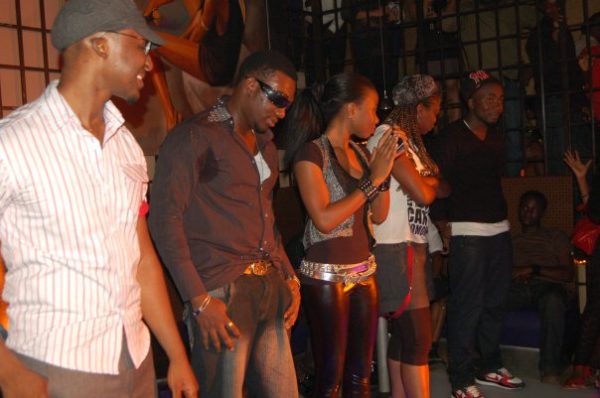 Check back on BN for full photo albums from the Hennessy Artistry Saipan & Volar gigs!

Wednesday, 16th September 2009
The Contestants will be on Silverbird TV’s –
Today on STV show with Patrick Doyle – 07.00am

The Contestants will be live on the radio –
Rhythm 93.7FM The Afternoon Drive with Big-Time – 12.30pm

BN readers and friends of BN are free to attend the shows!

Any faves so far? Let us know what you think of the competition.

15 Questions, 10 Million Naira! Chimuanya ‘Aroma’ Ufodike slays ‘Who Wants To Be A Millionaire’