She’s known as an actress but Uche Jombo has many titles to her name – she is a mathematician/statistician, actress, screenwriter and now you can add producer to that list! Uche is making her production debut with the movie – Nollywood Hustler which she also stars in. The movie is co-produced by ‘Games Men Play’ producer Emem Isong and directed by Moses Inwang.
Nollywood Hustler takes a comedic look at Nollywood; the real stars and the wannabes. This star-studded movie stars Ramsey Nouah, Monalisa Chinda and Lancelot Imasuen acting as fictionalized versions of themselves. Charles Inojie stars as the wannabe producer and Uche Jombo as the wannabe actress. With the supporting cast including talented actors Ejike Asiegbu, Susan Peters and Bishop Ime.
Below are photos from the set of the movie including a scene from the movie which recreates a red carpet event tagged ‘Celebrities Give Back’ with real celebrities walking down the carpet as themselves and talking about their projects and the act of giving back. These celebs included Genevieve Nnaji, Ini Edo-Ehiagwina, Ngozi Ezeonu, Kalu Ikeagwu, Muma Gee, Zik Zulu Okafor, Vivian Ejike, musical duo Bracket, Kevin Luciano of Questionmark Entertainment, rapper Sasha and Julie of WOW magazine. 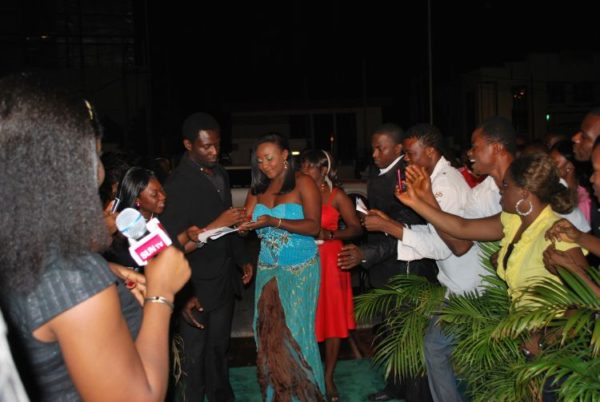 Ini Edo-Ehiagwina (playing herself) on the set of Nollywood Hustler 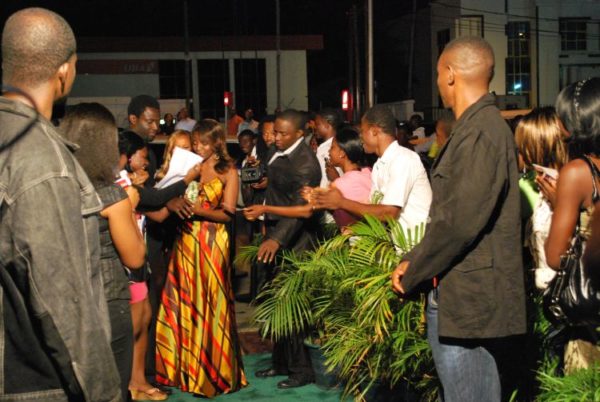 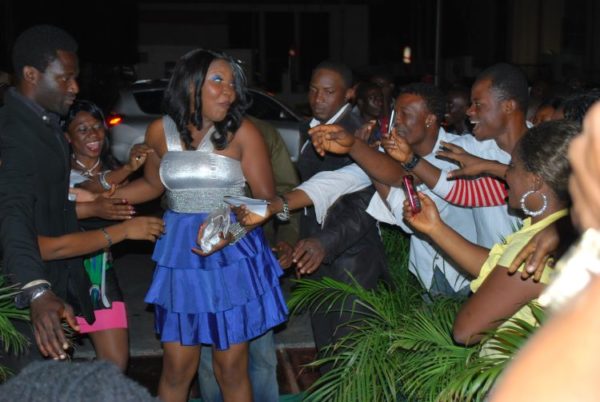 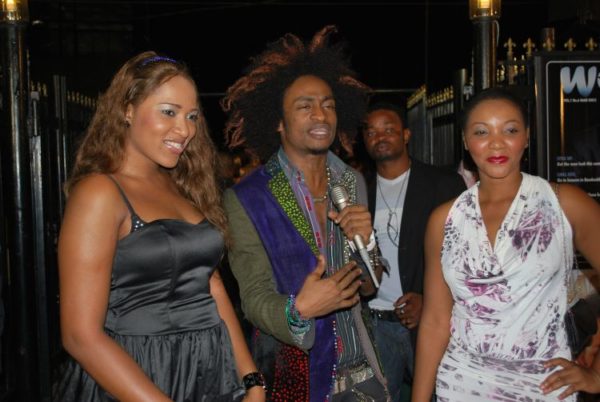 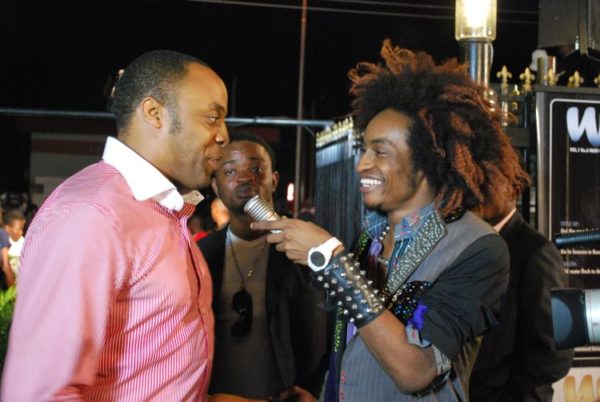 Kalu Ikeagwu joins in the action

Uche Jombo as the Nollywood Wannabe 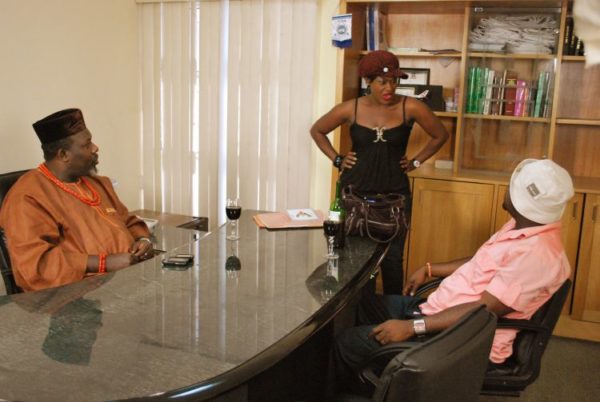 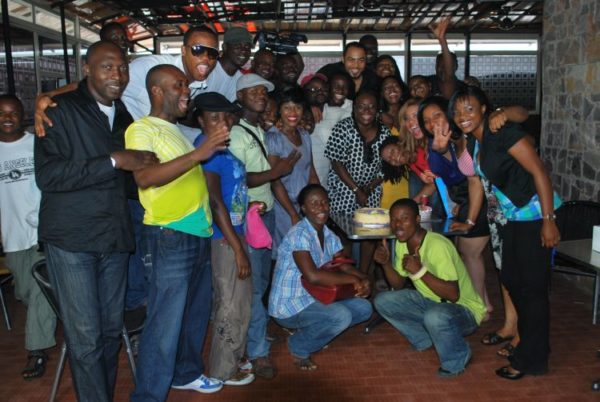 The 'Nollywood Hustler' cast and crew