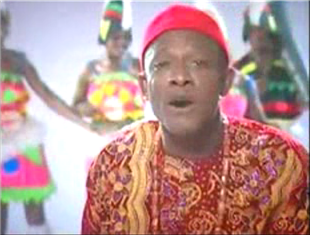 Nollywood actor, Nkem Owoh has reportedly been released after a ₦1,400,000 ransom was paid to his kidnappers. Owoh who is popularly known as ‘Osuofia’ was kidnapped as he travelled along Enugu – Port Harcourt expressway.
Mr. Owoh who is widely reported to be one of the highest paid Nollywood actors spend almost a week in the custody of the kidnappers. His abductors originally requested for a ₦15 million payment to secure his release. However, after a few days, they allegedly reduced the ransom demand to ₦2 million before ‘compromising’ to the final ₦1.4 million which was paid.
According to Sunday Punch newspaper, the kidnappers are still holding on to Owoh’s car and requesting an additional ₦100,000 before the car is released.
Wow! Though, we are glad that Mr. Owoh has been released in good health and physical condition. This is just so embarrassing and unfortunate.

Related Topics:nkem owoh
Up Next