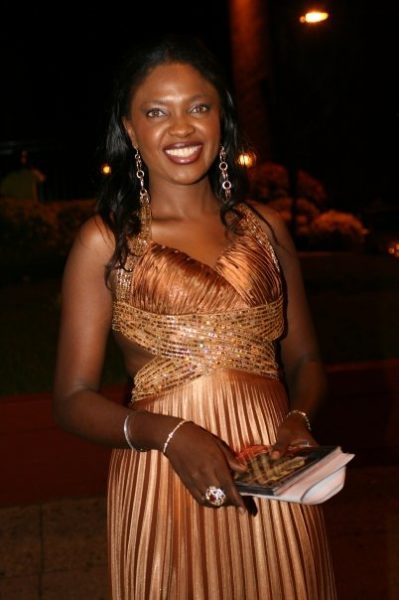 Omoni Oboli‘s profile has been steadily rising in 2009, she has blossomed from the background to increasingly prominent roles in major blockbusters.
Bola Aduwo interviewed Omoni to find out all about this rising star.

BA: This has got to be the year of Omoni! You’ve featured in several films this year, two of which have been in the cinemas i.e. The Figurine and Guilty Pleasures. Now you’ve been nominated for Best Actor Futures Award. What do you have to say about that?

OO: I am so blessed to have chosen the right scripts. I am just so thankful to God for everything. I feel like I’m finally getting to where I want to go. ‘The Figurine’, (which is said to be one of the best Nigerian movies to date) has been the high point of my career this year and I am so proud of it. It has done so well in the box office in Nigeria, Ghana and the UK and the reviews have been mind blowing. Guilty pleasures is such a good movie and it’s also doing well in the box office in Nigeria. I am so honoured to have been nominated for the future awards. It’s a very credible award and I would love to win it. So please vote for me y’all.

BA: What was it like acting in the Figurine?

OO: Shooting the Figurine was very exciting. We shot for 3 months in Osun, Ife and an island in Lagos. We stayed at the Miccom golf resort in Osun for a month and we soon became one big happy family. When we got to the island, where we shot for over one month, I was so excited the first day we got there cos it was so exotic but at night fall, the bugs came out to play and my exotic location fast became a nightmare but someone lit a bonfire and we had fun telling stories and playing games around the fire. Before we knew it, another person started roasting yams, and it was really delicious with palm oil. I had the most fun shooting the figurine even though it had so many challenges.

BA: You played Ramsey (Nouah) and Kunle (Afolayan)’s love interest…(plenty of smoochin’ was goin’ on, girl!) how did Mr Oboli take it?

OO: (Laughter) You are so funny. Nnamdi (Oboli)’s a modern day man and he trusts me. He knows its part of my job and it ends when the director says cut. Ramsey and Kunle have become my good friends so they are so easy to work with. And it helps that they are good actors.

BA: Does he come on set with you?

OO: My husband comes on set sometimes when its convenient and he is my biggest fan. He believes more in me than I believe in myself.

BA: When he’s on set and you have to kiss your co-star how do you handle that? 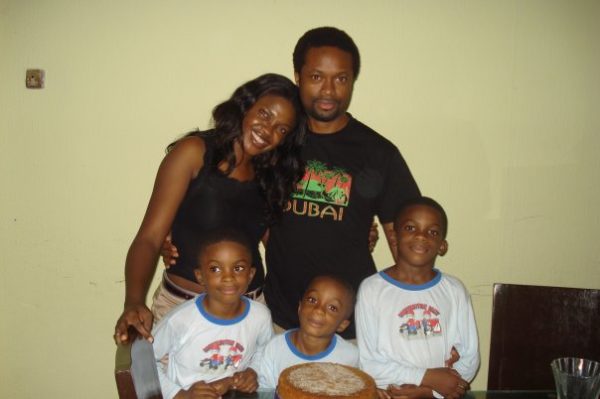 Omoni with her beautiful family

BA: So how many children do you have?

BA: I noticed your son (Tobe) featured in the movie with you… what was it like working with him?

OO: It was a very nice experience. I watched him do his thing and I was so proud. It wasn’t easy all the way though cos I had to be an actress and a mother at the same time. Tobe wanted to hang out with the adults and I couldn’t let him. He got bored many times and I had to think of ways to entertain him with computer games and story books. He was also missing his brothers, so on my birthday while we were still on the island, my husband came with my other kids and some friends with food and drinks and we all had fun with the cast and crew.

BA: I understand you were in the industry before and you went on a break. When was that and why did you feel the need to do that?

OO: I entered Nollywood in 1996 and I actually enjoyed a very interesting career then playing the lead in some hit movies like ‘Not My Will’, ‘Destined to Die’ and ‘Another Campus Tale’ but I had to leave because I was in my first year in Uni and my shooting schedules were clashing with my academics so I ended up going back to school just before exams. I knew I had to make a choice between Nollywood and getting a degree, so I decided to give acting a rest. I got married right after university and relocated with my hubby to England.

BA: Why did you come back to the industry?

OO: While away, I always had the hunger for my first love which is acting and I knew I wouldn’t be happy doing anything else so when the opportunity came to return to Nigeria, we came back home and to be honest, I tried to do one or two other things, I even got a job in one of these oil companies and the salary was very attractive but I turned it down cos I knew I would never be happy there. I decided to pursue my dream and here I am about 3 years down the line and am so happy that my decision to face acting has paid off.

BA: There’s a question I have just got to ask you… how come you have that many kids and you’re a size ZERO! You do diet and exercise don’t you? Cos with this killer bod….

OO: I’m not a size zero!! (Laughter) I’m just a very big advocate for healthy living. I run a diet and fitness business on the side so I practise what I preach. I watch what I eat and I exercise to stay fit and healthy. God has just been good to me I must say.

BA: Back to the Future Award… how did you feel hearing you were nominated?

OO: When I got the call that I had been nominated for the future awards, I was so excited. I really admire the organisers of this award and would love to be associated with them so I pray I win this one. To vote for me for Best Actor Future Awards Text Omoni Oboli Actor of the Year to 33120 for Nigeria, for the Uk on 81696 & US on 97605. 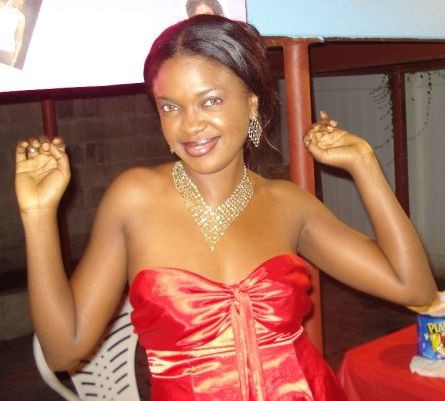 Omoni at a party organized by her fans in the US

BA: So how do your fans get in touch with you if they want to?

OO: Well, I have a website (http://www.omoniobolifanbook.com) its a fun networking site where my friends and fans network with me and each other. We usually have fun chatting and making friends. I am also in partnership with some NGO while I am floating mine to help the underprivileged in the society.

OO:I am working on a script now for my production next year. It will be shot in the early part of next year and am really excited about it. I am so blessed to have friends and fans who care so deeply about me. I love you all and I will not go back on my word to only appear in good movies. Thanks for standing with me. Without you, I won’t be here today. Thanks y’all! Keep smiling!

BA: Thanks so much for chatting with me!

Related Topics:Omoni Oboli
Up Next