Listen to my mind and not to my body! by Nse Ikpe-Etim

My girl, Actress Nse Ikpe-Etim called my attention to a lovely piece she had written for a website debateandreviews.com and I felt I just had to share it with you guys…you’ll see why! Happy reading! 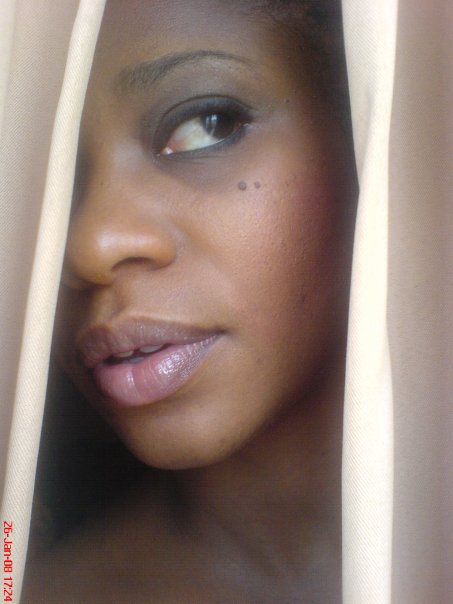 After a night of bliss at my own designated Hard Rock Café, I woke up one morning and decided that paid employment was not for me. No risks involved.

I always got paid on the 24th of each month, with or without performance oriented results. My conscience did not help in any way so I took the front door out and never went back.

Faced with the challenges of not earning any more money from my “office”, I decided to become entrepreneurial….hmmm! One, two, or many, more steps before I arrive at the destination of my choice.

Thoughts of being all on my own haunted me, but I ignored the pressing issues and slept for days unending, enjoying my new found freedom. Food, Food…..and more Food. Small wonder my waist line began to look fuller.

I thought of so many ways of making money, seeing the fact that I had many addictions. Human hair, designer bags, shoes and I had to smell right all the time. My skin, a given. I always tell my friend, it must report.

I asked anyone who cared to listen what it would be like to own a spa…and they all said it was a brilliant idea. They proffered all kinds of solutions, the capital, solely my headache. I wondered where and how I would raise the capital, and once you have a body like mine, I realized my brain never mattered.

Is this because I possess a somewhat nice body or being female is just a crime in the business scene?

Why did every male investor want to invest in my body and not my mind, thoughts and business Ideas?

After series of fruitless meetings that led nowhere, my future looked bleak. My funds began to deplete, and I knew my landlord would come knocking. Sleepless nights had become the only form of my relaxation as I surfed the Net hoping that an Idea would spring from one already had.

I began to curse my body as it was the only reason the powers that be had refused to hear me out…..they just stripped me each time I approached them.

I became a recluse. Life was dealing cards and each passing day came with a different hand and just when I thought there were no aces, the call came through.

My friend was hungry and she came crashing through my doors. I fixed an off menu dish as I had nothing prepared and as she ate, she became so sentimental about the food and bang the Idea came.

She asked if I had ever considered cooking for commercial purposes and much as it sounded strange, it made more sense than anything I had heard in a long time. I pondered.

I looked for a way out and decided I had to draw up a proposal and a bankable document to get capital to start off restaurant.

First, I called up my late father’s friend and he seems like the right sort to speak to. He paints the picture of a perfect business plan, calls up a friend and in a fortnight I have the document that can turn my life around. The only price I had to pay for him to stand as a surety for me was to give him a receptacle…me! What nerve?

And to think this man is 65 years old with children. Another one bit the dust and I was left out in the cold again looking for another way out.

Who is to say that if I had succumbed to his whims and caprices, would there have been a restaurant? On what terms would we have signed this contractual agreement?

I went back to my bed which serves as my drawing board and cried. I was tired of telling people my dreams, tired of asking for help in any form as it had become a broken bridge. My friend always said to me, “Make Room”. I thought I had tried to make room but nothing happened. All Daddy’s friend wanted was my body in exchange for more lies.

I got wind of a party that was to rock the town, so I spoke to the lady of the Manor about it. She asked to taste my food, and I willingly arranged a food tasting evening for her. It was to be my first ever attempt and I was nervous. She decided to let me do some of the dishes and that was a blessing to me.

My food rocked. The party rocked. As an off shoot I got other deals and found myself travelling in the middle of the night from the eastern part of Nigeria after a brilliant outing yet again just so I could spend Christmas with my family. I arrived at 3am.

I made room, my business has started without the much needed capital, so all you out there who would rather my body than mind….ta….I am gone with the wind!!

Nse Ikpe-Etim is an Actress and lives in Abuja.

This article first appeared in www.debateandreview.com but is reprinted here with permission from the writer.

Related Topics:nse ikpe etim
Up Next