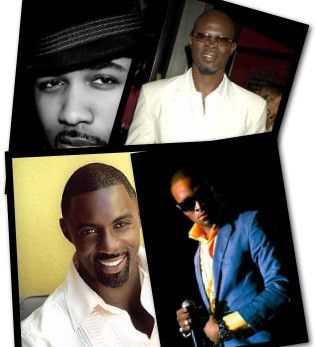 It’s that time of the year when many women wish for brightly coloured greeting cards, bouquets of flowers, delicious chocolate, nicely wrapped gifts, candle-lit dinners and everything else – affordable and unaffordable. However, my preoccupation is not with outward ritual and empty consumerism but with the heart of the matter. In other words,  “Are African men fantastic lovers? Are they truly sensitive to the deep cravings of a woman’s heart?”

I ask because a vast body of evidence suggests that this is not the case.  Growing up, many of the African novels I devoured depicted the African man as a tyrant, a wife beater. In the absence of violence, an uncouth caricature was painted at best. The African man was often the one who ate messily (loud chewing sounds interspersed by deep pig-like grunts). He drank water and thumped the glass abruptly on the table. Not much mind was payed to dress and physical comportment – hence the bushy hair, lager soaked moustache, nondescript loin cloth and shoddy shoes. His courtship exercise lacked imagination: moonlight frolicking, the occasional flower-plucking off a nearby shrub and the masochistic wrestling at the village square that makes the term ‘trophy wife’ sound quite apt.

Of course, we now know that this was a case of negative stereotyping and racism.

It was in Hollywood movies that we first saw suave looking men who got on their knees to pop the question, men who opened doors and pulled back chairs, who dared show their sensitive side by shedding a tear or two and who effortlessly swept women off their feet – literally. Fast forward to this era and you’ll find the controversy of the vulgar hip-hop video, the blatant media stereotypes… and the books, ah yes the books, aren’t much kinder to African men, if I’m honest.

I’m aware that romance is NOT love even though romance has its uses. Let it also be said that the media’s obsession with romantic love has crushed many an impressionable bride who discovered, after the fairy tale wedding, that hardwork and prayer (tons of it!) is what holds a marriage together. I now know that non-African men are not always as suave as they appear on screen and (if domestic violence and divorce statistics in the western world are anything to go by) not as woman-friendly as we are led to believe.

Of course, Africa now has its own version of the Hollywood rom-com and in the real world one can find many honest, decent and incurably romantic black men. However, I wonder what romance means to the typical African man and how it is expressed to the women in their lives – not just at designated seasons but on a day to day basis.

Are you in love with an African man? Is he faithful and sweet and full of pleasant surprises? Does he cook, clean, make you proud, make you laugh, wipe your tears and rise swiftly to your defence? Much has been said about the insensitive, two-timing, arrogant tribal-warlord types. Let’s hear it for the ‘real African men’ who know what love has got to do with it.

Or aren’t there any?

Ogo Ogbata is the author of the new novel Egg-Larva-Pupa-Woman – a heart wrenching story about a woman’s romance with a radical politician and the terrible secret that threatens to destroy everything.

Un-autographed copies are available at Amazon, Barnes & Noble and other bookstores!

The Future Awards 2010: Winners, Photos and BN’s List of Favourites