Dance your way to fame! Malta Guinness ‘Street Dance Africa’ back in a new exciting format 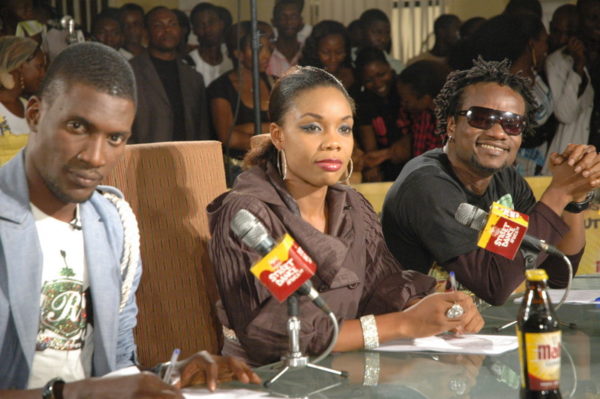 The Malta Guinness Street Dance Competition, which debuted with ‘Top of the World’ vitality and excitement in 2008, and continued with the most incredibly ’Out of Naija’ feeling in 2009, will be thrilling its audience across the country with new and exciting ideas as the custodians of the brand have concluded plans to hold the third edition of the prestigious dance event in a new and exciting format. This year, Malta Guinness is rewarding it’s customers by giving them the exclusive opportunity to vote for their favourite dance crew.

During the debut of the exciting dance competition in 2008, regional screenings were held at high profile events in five cities, while the second season saw the brand taking the excitement to a higher level by storming seven cities, celebrating the vitality of Nigerians through dance, and taking the top of the world excitement to the cities that hosted the regional events. The winning crew was eventually selected for a final showdown at the national final, where only one crew was crowned national champions to represent Nigeria at the pan – African competition or International championships.

The 2010 edition of the ‘Malta Guinness Street Dance Africa’ is set to be even more interesting as new ideas, new innovations and an entirely new format has been conceptualized for this season of the ‘Top Of the World’ dance competition.

Last year, dance crew Street Hood wowed top judges and took the crown at Nigeria’s national final. For the chance to dance to the top of the world, budding street dancers have a tougher challenge to grab that honour this year.

Against this backdrop, the stage is now set for the regional screenings where two crews would be selected from four different regions of the country (Lagos, Benin, Enugu and Abuja) in March. The eight dance crews, made up of six males or females or a blend of males and females would then move into a boot camp where they would spend couple of weeks together, during when, eviction would take place. After the eviction exercise, the remaining crews would then go on to battle it out for the crown of the Malta Guinness Street Dance national championship for 2010. The eight top crews that impress industry judges in closed auditions will be chosen to take part in an unmissable competition. They will feature in an exciting, high-profile campaign where they will promote themselves to win a place in the nation’s heart.

Auditions are hitting towns right now. Dancers who wish to enter should go to www.mgstretdanceafrica.com and download an entry form. They should then get themselves ready for auditions:

Nigeria’s national winner will then enjoy a once-in-a-lifetime experience as they seek fame and fortune by dancing to the top of the world at the Malta Guinness Street Dance Pan-African Final. The winning Pan-African dance crew will take home huge cash prizes, exclusive merchandise, delicious tasting Malta Guinness and a DVD of their performances on stage. Plus they will have the opportunity to work with Africa’s best dance choreographers and professional stylists.

The Nigerian winners will walk away with prizes worth NGN 3 million.

Its great to see a corporate organization supporting the dance industry. The dance profession is notoriously grueling so I’m glad that the winner will be well compensated. If you think you have what it takes, enter the contest!

Fusion: The Fashion & Beauty Event back in Abuja on the 27th of March 2010