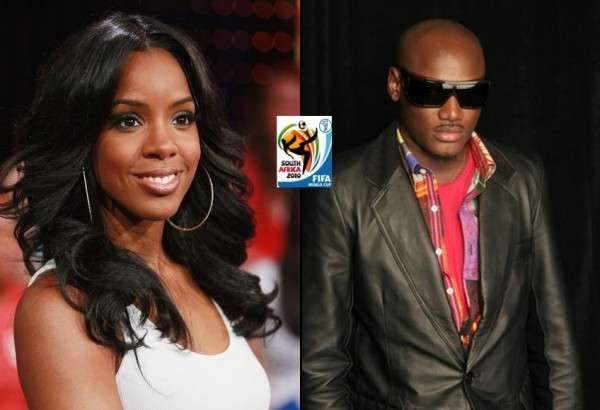 The 2010 FIFA World Cup is fast approaching. For the first time in history, the World Cup is being held in Africa. The World Cup along with the Olympics is one of the very few truly global events. People from all over the world will be glued to their TVs and some lucky ones will witness the action live in South Africa.

Music continues to play an integral part in the World Cup mix. K’Naan’s “Wavin’ Flag” was chosen as one of the official theme songs last year. The song was sponsored by Coca Cola and officially remixed for the Nigerian audience with Banky W & MI adding verses. Guinness also sponsored a song featuring Cobhams and other stars for the Super Eagles. Now international music star, Kelly Rowland has collaborated with 2Face Idibia (Nigeria), Awadi (Senegal), Chameleone (Uganda), Samini (Ghana), Krotal (Cameroun), Rola (Lebanon) , Jozi, Kwesta, Slikour and Zuluboy (South Africa) for this new track “Everywhere You Go”. The track was produced by Steve Morales and will appear on the official World Cup compilation CD.
According to reports, a video will be shot for the track in May 2010.
In 2008, Kelly collaborated with D’Banj at the inaugural MAMA awards. It is really great to see these international collaborations! Check out the track below.

Kelly Rowland is going to be on the cover of an upcoming issue of Cosmopolitan South Africa, here are some behind the scenes shots from the photoshoot. Looking hot!