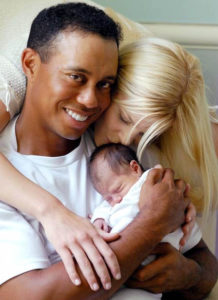 I was on my own jeje li this Sunday, watching E! as usual (which I really need to stop, because E! adds no value to my life), & they started showing Tiger Wood’s THS and of course, the story wasn’t complete without the torrid details of his numerous affairs.

Irritated, I just hissed loudly and changed the channel, muttering under my breath, “everyday Tiger Woods, person no go hear word, is he the first man to have an affair? Nonsense”, and even after I had changed the channel I was still pissed. So I asked myself, ‘what is getting you so angry?’ and I realized that it was the African in me that was angry.

I was angry at the Americans for insulting and making Tiger the butt of jokes, while his mistresses were getting photo shoots and granting interviews. One of them said Tiger Woods seduced her and made her fall in love with him, (really? So his millions had nothing to do with it?), while the other said she was going to get tested for STDs, because she was shocked at the number of women Tiger had been with.

So as I said, it was the African in me that was angry. You see over here our men are  supposedly always right, no matter what happens, oga is always right. Even when they do horrible things, If a man beats his wife, she must have caused it somehow. If a woman is raped, it’s because of her indecent dressing (yes, a female Senator said that once) & if it’s a girl-child that’s raped, it’s because of the indecent dressing of other more, mature women.  And of course, the grand finale, when a man cheats, it’s not his fault at all. His wife must be a nag or be dirty or just for the plain fact that he’s a man. In many areas, we have a long way to go in Nigeria.

Most of us have heard the words, ‘‘my dear, what do you expect? Is he not a man?’’, or the most annoying, ‘‘my dear it’s not his fault o, that’s their nature’’. Really? So then God should have said to Moses when he gave him the 7th commandment, (Thou shall not commit adultery), ‘’except for the men, because of the way I created them’’. Nonsense. But I digress.

Here in Africa, it’s not a big deal for a man to cheat, in fact it’s expected, especially when the man has fame & immense wealth like Tiger. And because of the way it’s not an issue at all, our men do it without a care. After all, how many African women divorce their husbands because of adultery? Very, very few.  When married Richard of BBA 2 started an affair with Tatiana in the house, what happened? His fanbase grew while hers diminished. He eventually took home the USD100, 000, while only her country voted for her. The same people that voted for him called her all kinds of unprintable names. Some of us, infact plenty of us hissed when we heard that his oyinbo wife had gone back to Canada.
That’s Africa for you. No one bats an eyelid here, infact the only thing we do is sigh and say poor woman, and God bless the girl that will have the liver to come out and said I had an affair with so and so. I guarantee say she no go marry. Of course she’ll blame a witch in her family & start kabashing. But that’s a different story. So understandably, we get irritated when these Americans over talk these things. But are the Americans wrong to blame only Tiger, while his mistresses become mini-celebs? After all, it takes two to tango. Hmm…let me think. On one side, I don’t think so. You see, over there with all their madness, they hold their men responsible for their actions. They know that Tiger had the greater responsibility to his marriage and his vows, than all those women. In fact the women didn’t & still don’t care about his wife or his vows, just what they could get from him.

On the other side, I think they are bit too hypocritical. How come no one is blaming these women, after all they knew he was married & still went after him; instead they are getting interviewed and making money in the process. But maybe that’s the African in me talking.

Still, are they not overdoing it? Maybe. Maybe not. It all depends on how you see it. So for now I rest my case, because really Tiger Woods no consign me. He isn’t the first to cheat and he won’t be the last. So whether he apologizes on TV to those it doesn’t concern, or if his wife divorces him, I really don’t care, because it doesn’t affect the fact that I am Nigerian & praying for things to get better.

So if it doesn’t concern me, why did I write about it?