While the world was buzzing about Prince William and Kate (now Catherine) Middleton’s engagement; last night, something else was capturing the imagination of the British public. Nigerian family, The Adesinas are the featured family on the new season of Channel 4’s programme – The Family.

The BAFTA-nominated observational documentary series returns for a new run, with a black British family filmed around the clock over eight turbulent weeks. The Adesinas are a large family living in the heart of Hackney, East London.

Vicky and her husband Sunday have been married for 30 years. They are traditional Nigerian parents with strong views on God, love and family values, and with four British-born children from 15 to 27, all living at home. Together they run a family business: a Nigerian takeaway and restaurant – ‘Aso Rock’.

This is the first time in six years all adult children and parents have lived together and tensions simmer as the streetwise kids collide with their parents’ old fashioned ways.

There is something about this family we can totally relate to! The hardworking father who built his business from scratch, the strong mother holding the family together and the children trying to find their footing in their careers, relationships etc… 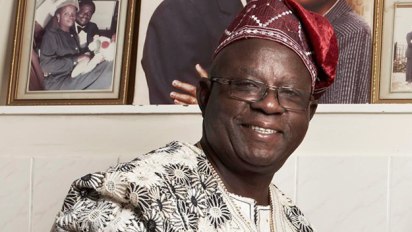 More about Sunday
Dad Sunday is the patriarch of the family. Father to four children, he sees himself as the provider for his family.

Sunday moved to the UK from Nigeria in 1980. His wife, Vicky, joined him a year later. All their children were born in the UK. Sunday describes his wife as ‘loveable and warm… the watchdog of the family’.

His family are extremely important to him and although he has experienced ‘many great family moments’, his proudest memory is his son, Ayo’s, graduation.

Sunday has always worked long shifts and now he runs a restaurant and take-away in east London those long hours have continued. His first job was as a clerk, and he drove taxis for a period of time before deciding to venture into the restaurant business. 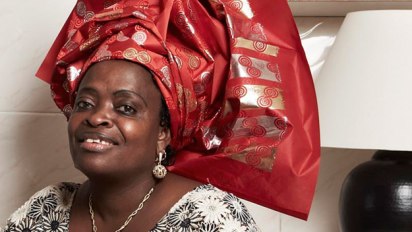 Name: Vicky Adesina
Age: 52
Place of birth: Nigeria
Role within family: Mother
Describe yourself in three words: Loving, caring and understanding
Describe your role within the family: The rock

More about Vicky
Devout Christian Vicky is the proud mum of four children, who all live at home. She describes her family as ‘her life’ and is at her happiest when her family are together. Vicky has been married to Sunday for 30 years and describes him as her ‘love’.

Vicky’s family describe her as the ‘caring’ member of the family. She is known as the adviser amongst her family and friends and is passionate about praying and watching Nigerian movies. She ardently believes that until her children are financially stable they should stay at home.

She is a keen enthusiast of Christian music which raises her spirits and can often be seen dancing her way around the family kitchen. 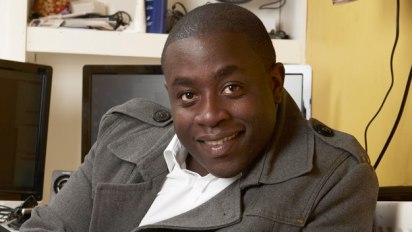 More about Ayo
At 27, Ayo is the eldest of the four Adesina children. He is described by his fellow family members as ‘an eccentric’ who is ‘brilliant and loveable but at times a little selfish’. He currently lives at home with his parents and has his own business as a freelance web designer.

Ayo’s passion is rapping. A typical day for Ayo consists of ‘work, work, rap, sleep’ and he hopes that the show will ‘give exposure to [his] many talents’.

His passions are music and the internet and he would love to release a UK rap album.

More about Julie
Twenty-five year old Julie recently moved back home after living away for six years, including a stint at University. Now filming is over, Julie’s worried that all of the facets of her character didn’t show.

Family means everything to Julie, she says: ‘I wouldn’t change my family for any other, or else I wouldn’t be me, and I love everyone, especially my siblings.’

Julie says her strengths include being forgiving, strong, loving and intelligent. She also sees being argumentative as being both a strength and a weakness, she fears judgment and her long-term ambition is happiness, for both herself and everyone else.

If she could meet one celebrity it would be Will Smith as he’s a role model for his philosophical approach to life and for being a ‘great father and husband’, full of wisdom.

More about Olu
Olu considers himself ‘Mr. Reliable’ and his family tend to agree. He works for the family business and his family describe him as the ‘cool guy’ of the family; a ‘loving, gentle’ person.

Being part of a family means ‘everything’ to Olu. He cites one of his ambitions in life as ‘a family of [his] own’…including ‘seven kids’.

Name: Ola Adesina
Age: 15
Place of birth: Hackney, London
Role within family: Youngest daughter
Describe yourself in three words: Outgoing, loving and funny
Describe your role within the family: The best – everyone loves me the most!

More about Ola
At 15, Ola is the youngest member of the Adesina household. She was born in Hackney and has lived in the area all her life. She’s currently studying for her GCSEs, as a weekly boarder at a school in the south east of England.

Ola says that filming The Family was ‘an exhilarating roller coaster’ and although being filmed was a bit weird at first, she soon got used to it.

Ola is scared of snakes, rats (and ‘anything that looks like a rat’) and cats. She admires American singer and actress Jennifer Hudson and likes any kind of music that ‘doesn’t make my head hurt.’

Related Topics:The Adesinastv
Up Next