BN Hot Topic: The Best Break Up Ever! 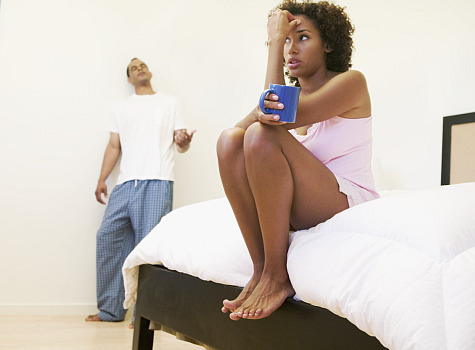 In today’s world where people are jumping off bridges to meet the mate of their dreams, people are still breaking up! Believe it or not, but not everyone you see holding hands at the cinema is actually in a loving committed relationship. Some people are actually plotting for the best time to wave goodbye to their partner.

A friend of mine recently split up with her boyfriend of 3 months. According to her, he had way too many annoying habits and she just couldn’t put up with them any longer. While I don’t begrudge her reasons for breaking up with the said boyfriend, I did find her break up tactics a bit novel. She just stopped picking up his calls. The poor guy even tried coming to see her at home and she instructed everyone in her house to always tell him she was out! Two weeks later and the dude got the message. The phone calls and unannounced visits stopped. When I questioned her further about what seemed to me an unfair way to sever ties with another human being, she informed me that her method of breaking up was the best because it avoids the unnecessary emotional discussion of “it’s not you, it’s me”. I disagreed.

However, after my conversation with my friend, I started thinking about what really is the best way to break up with someone? Technically, a breakup usually affects parties differently. The person initiating the breakup, in most cases, is usually in a better position than the one receiving the breakup news. Particularly in situations when the other party assumed things were going on well. So given that at least one party will always walk away from a broken relationship hurt, is there really a ‘good’ way of delivering bad news?

Personally, I always believe in communication. I think it’s always good to give the other party a chance to know why you have reached the decision and as well give them a chance to say their own two cents. I also think breakups should always, where possible, be done in person. No over-the-phone, e-mail or BB breakups! That’s just plain rude! But I am an idealist, and I know not everyone agrees with me.

So what do you guys think? Is there really a good way of breaking up with someone? Have any of your exes been less than generous in their methods of ending your relationship? Have any of your breakup plans backfired?