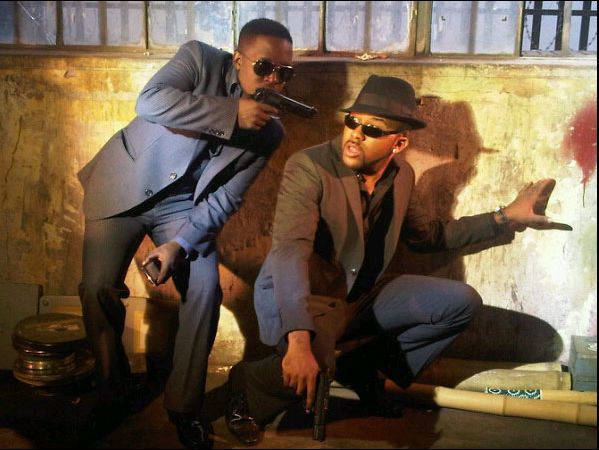 A few weeks ago, Banky W and M.I were in South Africa for the Channel O Music Video Awards. While in Johannesburg, the two music stars not only enjoyed the sights and sounds of the city but also filmed a video for Banky W’s track – “Feeling It“.
We got a sneak peek of the video via photos on twitter but now we have the video.

The video was directed by Jonathan “Josh” Clarke and based on what we see in the video, Banky and M.I play the role of 2 gangsters on the run. As usual, Banky beats the odds and gets the girl in the end…