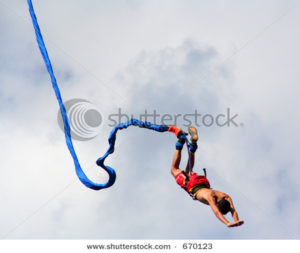 It’s not easy to make changes, not when everything seems to be “ok”. As long as we can pay the bills, meet our needs and go for the occasional night out, we’re good. And as long as we have that, it’s easy to forget that niggling feeling at the back of your mind that this is not exactly what you planned life to be. As long as your needs are met, it’s easy to forget fulfillment. Sometimes, however, life throws you a curveball that makes all your plans irrelevant. Out of the blue, something happens and we realize that perhaps, this is the perfect opportunity to go ahead and “try” something new. It doesn’t matter if you fail or succeed, all that matters is that you try.

Whenever I’m asked why on earth I made the move from Abuja to Lagos, I glibly reply that I needed a change of scenery. In truth, it was nothing as clear as that. For 3 years, I had a job the main advantage of which seemed to be helping me to add “able to work with minimal encouragement and constant criticism” to my CV.  Despite this, I had worked on, putting my head down and doing my bit and then taking a good chunk of the end of the month cheque for an outing with some friends where we would all complain about how hard our lives were and how horrible our bosses were and how to cap it all, we were still single! A series of events led to the realization that not only did I no longer want my job, I wasn’t particularly wanted either! I finally resigned and finally had to face up to the fact that I was frustrated and bone weary, and that at less than 30, my life was already in a rut! An invitation for a weekend holiday in Lagos came just in time. I packed for a weekend and ended up staying almost 2 years.

Lagos was not fun, far from it. I was unemployed and had no savings. For 6 months I languished in some sort of depression, trying to figure out exactly what my purpose in life was and bemoaning the fact that I simply had no idea what to do next. All I knew was that I needed something different. I endured days with low rations and the inevitable side comments and behaviour that come from not contributing your quota. I also watched friends hustle and achieve, and began to realize that my survival would lie in my ability to end my pity party, and change the habits of a lifetime. Instead of waiting for life to hand me what it wanted, it was up to me to get up and make my life what I wanted it to be.

In the 2 years I was in Lagos, I worked as a TV presenter, a personal assistant and an artiste manager. I started writing again and experienced the blissful moment when my work was used for a national campaign. I also learned lessons; I learned to walk up to people I’d never met and introduce myself like their oldest friend. I learned to write proposals and sit outside an office for hours waiting for a boss who had seen 5 million just like me the day before. I learned not to get upset when I was ignored or insulted by people who decided I didn’t conform to their standards of acceptability, not to feel bad that I had only 3 highly recycled evening clothes despite working in a media-related industry. I learned to say yes and stand by it and never let anyone see my doubts and worries. I learned to survive.

In August, I got an opportunity to be on a reality show. It was like an exam for all the preceding months of preparation. It was a grueling and intensive period that required every single bit of mental strength I had managed to gather. And even with that, I spent nights, staring tearfully at the stars and asking God why everything seemed to be so much harder for me. After 3 months, however, I came 4th and came home, totally proud of myself, and who I had become. I had set targets and met them, worked hard, cried hard and made friends. Wana Udobang talked about a Master’s degree in life, I had finally gotten mine.

I got off the plane in Abuja feeling like a champion; with even less money than I had when I left and headed back to my mum’s house. But somehow, it’s not a big deal. I realize I have everything it takes to become whoever it is I want to be. I know I can achieve it; I’ve just got to plan it. And somehow, even though here seems to be no physical evidence to back me up, I know it’s going to be a great year because I’m going to make it one. I’ve rolled up my sleeves; I’m getting ready to work!

Related Topics:Arit Okpo
Up Next

BN Making It!: From Vintage Finds to Business Success – The “Virgos Lounge” Story