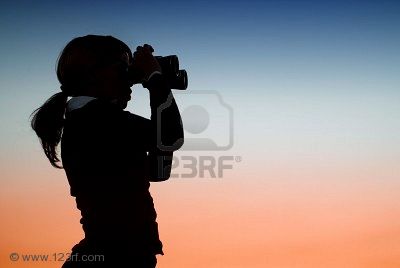 I am envious of my cousin. She’s a twenty-seven year old lawyer who, despite the ugliness of humanity she encounters everyday, still has a positive outlook on love and life. She is a hopeless romantic, you see. We have these conversations where she tries to pick my brain and get me to voice my thoughts on a number of man-woman issues; she says she’s trying to get an insight into the male mind. I don’t mind really, but sometimes I get a bit uncomfortable as I start to see myself as a guinea pig, whose words might be over-analysed, and who might get psychoanalysed as well. Although my intentions are usually to set her straight on these issues and be as truthful as possible, I fear I might be overly cynical, clinical and pessimistic in my opinions and ideas. This is because I try to keep it real, open and honest in my assessment of the girl-guy relationship dynamics. But despite this, she still has a very positive outlook on love and men. She is of the opinion that some guys are just annoying and messed-up and that good guys, like me, are very hard to come by, because either they are married, hooked up or just not available. Good guy like me, ke? Yeah, right! I tell her that I’m as cynical as the best of them, and as annoying as the worst of them. I tell her that there is no such thing as real love and that all male-female relationships are just partnerships of convenience.

The first time I said this she seemed shocked and tried to get me to elaborate, given the fact that she knows I am in a very committed relationship. I refused to cooperate. The second time I hinted at this, she waved it aside and said that I was just forming cynical, but deep down inside she suspected that I was a hopeless romantic! Now that got me thinking, “Is it possible that my years of active cynicism were nothing but a sham? Am I still that hopeless romantic that I was ten to fifteen years ago?” No way! I am far too practical, sensible, and smart for that. I mean I have seen men and women at their best and their worst and it was not pretty, I tell you.

She goes on and talks about wanting the kind of love that she sees in the movies and the novels. I shake my head and tell her that it is all make believe and that’s why it is in the pages of a book or on the big screen. She refuses to be daunted. She proceeds to tell me about the Bridges of Madison County, starring Meryl Streep and Clint Eastwood, where Meryl Streep’s character meets and falls in love with another man while her husband is away. My cousin says she doesn’t want to be like Meryl Streep’s character who finds her true love, years into her marriage. I laugh at this, with nothing to say. She then mentions the romantic movies cash cow of the last couple of years, the Twilight saga. Cringe! She can’t get enough of Bella and Edward! She has the four books and has seen all the movies. She’s a big fan and a secret groupie! Every chance she gets she brings them up in conversation and cites how theirs is a “perfect” relationship. I raise an eyebrow; she changes it to “near-perfect”. I tell her that I have my doubts that such love, in its entirety, exists in this day and age. She gives me a dirty look and wonders again how come I am in a committed relationship. Hmm…how come?

But really, why isn’t a girl like her in a true and loving relationship? Why is she still of the view that real and perfect love exists? I ask her if she had actually been in a relationship before, she replies in the negative. I probe further enquiring as to the men in her life. She says she has not found the ideal man. Why ever not? I fear she has moulded her ideal man after what she has seen in the world of make believe. Also, in its first advent, romantic love as we know it is often the idealised version; pure, full of hope, and innocent. We often experience this while we are still young and innocent, say in our late teens to early twenties. The euphoria, the feelings and the emotions are akin to what Bella and Edward express in Twilight. We commit ourselves to the other fully and without reservation. We promise our fidelity and undying love to our idealised man or woman, perhaps imitating what we see in the Mills & Boons novels and in those movies. We are in love and love is in us, with the world revolving around us! Then somehow, for a number of different reasons, this perfect love goes sour; couples who had pledged ‘love until death’ break up. More often than not, it is one party that wants the break up. The other pleads and begs for forgiveness in the case of wrong doing and sometimes in the absence of it. One or both get tired, the love gets old, or pressures and external forces come along to upset the boat. If the relationship is irreconcilable, we learn from our mistakes and move on, hoping that things will work out the next time. But do they? We wear our hearts on our sleeves again and again only for us to get burnt again and again. Over time we learn to toughen up, harden our hearts and build walls.

I take another look at my cousin and see the spark in her eye, full of hope, as she yearns for that kind of love. I then take an inward look and realise that at some level I yearn to have that kind of innocent, care-free, non-cynical view of love again. Then she looks at me with a look that says “What do I do?” Do I tell her to say yes to the first guy that comes along? Do I tell her to settle for that near-perfect guy that treats her ever so nicely? Or do I tell her emphatically to wait for that man that is ideal for her, that perfect guy that makes her happy, that is her soul mate and friend? I envy her innocence; I envy her love; but I do not envy her – the pain, yet experienced.