The Biggest Maltina Dance All EVER! Ten "Dancing" Families Vie for 6.5 Million Naira in Cash Prizes & A Brand New SUV 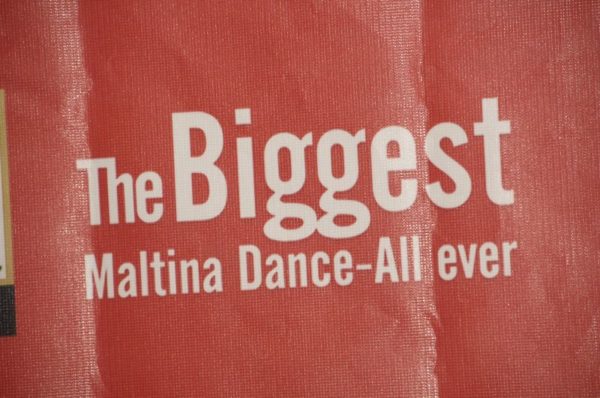 Ten Nigerian families will slug it out on the dance floor as they attempt to outwit one another as the popular family reality television show Maltina Dance All (MDA) enters its fifth season. The MDA is a unique TV reality show where families strive to outdo each other through the mastery of various types of dance steps ranging from Wazobia, Hip-hop Jive, Pantomime, samba to salsa, it is also the consumer engagement and experiential marketing platform that the brand deploys to resonate with esteemed consumers and the society in general.

In line with its new positioning of sharing happiness, MDA 5 promises to be bigger, better and bolder, Nigerian Breweries Plc has announced an upward review of the prize money. According to the new arrangement, the winning family will now take home N5 million in addition to a brand new family SUV, while the first and second runners up will take home N1 million and N500, 000 respectively. The MDA is the consumer engagement and experiential marketing platform that the brand deploys to resonate with its consumers and the society in general.

Speaking at the Press briefing held at its expansive Lagos breweries headquarters, Ageni Yusuf, Corporate Affairs Adviser, Nigerian Breweries plc said Maltina Dance All is the foremost experiential and sponsorship platform of the Maltina brand renowned for promoting family values and bonding in line with the new brand proposition of “Sharing happiness” The reality TV show, Yusuf stated, debuted in 2007 and has remained Nigeria’s first and only family dance reality TV show featuring families from various regions across the country. It will be recalled that the 2007 maiden edition produced the Onye family; in 2008 it was the Opuwari family that carted away the star prize, in 2009 the nation’s best dance family were the Ibiams while the Adejo family was the overall winner for 2010.

Yusuf stressed that Maltina, being the nation’s No. 1 nourishing malt brand, also ensures that the winning families do not only leave with exotic car and cash prizes, but with an unbreakable bond they will share with other families beyond the academy.

On what to expect from this years edition of the show, the Corporate Affairs Adviser said it is all about “emotions, excitement, fun and the unbeatable bond that ten families will showcase when they slug it out learning and performing a variety of dance in the famous Maltina Dance All academy.” He added that, the winning family will go home with the grand prize of a whooping sum of N5million and a brand new family SUV. The first and second runner-up will also get N1million and N500, 000 respectively. The show will bring to fore, the Nigerian families’ essence and values of unity, cooperation, vitality and creativity.”

The top NB Plc brass enjoined consumers and Nigerians in general to participate in the exciting show by registering at the regional auditioning centres at Port Harcourt, Benin, Enugu, Ibadan, Lagos and Abuja between June 29 and August 6 2011 or by registering online at www.maltinadanceall.tv. Breakdown of the regional auditioning dates show that Enugu and Abuja audition will take place on July 22-23, Ibadan July 29 and 30 while Port Harcourt is July 28and 29. Benin and Lagos will have their turn on August 5-6 2011.

As a further incentive, Yusuf stated that, during the regional auditions consumers and members of the public also stand a chance to win any of the numerous regional dance competition prizes of; 2.5KVA Generators, 21” Flat screen TV sets, Home theatre systems and lots of nourishing Maltina. The Reality TV show will be aired in September this year on major TV networks and other stations across the country and on satellite stations like Africa Magic. Viewers can also participate and win fabulous prizes through the interactive SMS platform during the show.

As a result of a successful outing in 2010, Maltina was named “Brand of the Year” by the Advertisers Association of Nigeria (ADVAN).

Apart from this, Idorenyin Enang, the President of ADVAN said the awards were for well deserved brands that have over the years remained fresh. He said campaigns that won this year (2010) must have impacted positively across the world as well as have cultural acceptability as it relates to Nigeria “especially in use of the media” Maltina was also endorsed by the Nutrition Society of Nigeria.

Since it hit the Nigerian market in 1976, Maltina has consistently satisfied its teeming consumers with high quality natural malt drink, fortified with essential vitamins and minerals. This affords the entire family with the vitality and superior nourishment necessary for their daily activities – including those special fun moments shared with friends and loved ones. 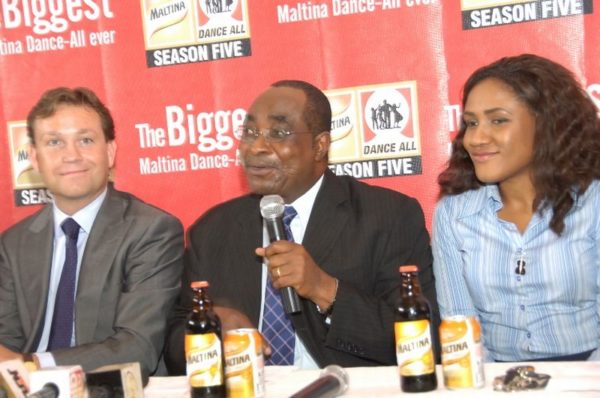 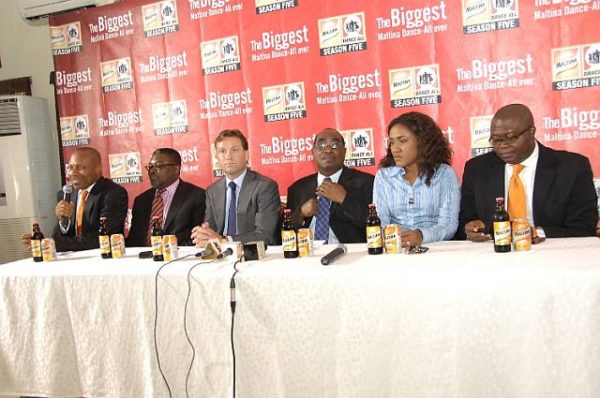 Related Topics:MaltinaMaltina Dance All
Up Next

M-Net’s Big Brother Amplified: Millicent Switches to Tails but Felicia’s game is over & Big Brother action gets AMPLIFIED as the two houses merge!