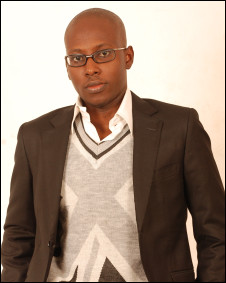 Sometimes, coincidences are scarily eerie but apt.
In July 2011, Nigerian playwright Bode Asiyanbi was announced as the winner of the 2011 BBC African Performance playwriting competition.

His play, “Shattered” tackles the subject of rape and has just been released for broadcast. Given the atrocious Abia State University videotaped gang-rape crime which come to light over the weekend, it is apt that this play is being broadcast now.

Many argue that moral decay in society has been proliferated due to movies, music and media which glamorizes and promotes this in various shapes and forms. Plays like this educate and sensitize people – hopefully helping to make the world a better place.

Here is an excerpt from the BBC article;

This year’s winning play is entitled Shattered and it addresses the subject of rape.

It exposes in a powerful way the silence that often surrounds this crime, when victims are often reluctant to come forward and disclose what has happened to them – especially when the perpetrator is a friend of the family.

This year’s judge, Ugandan American actor and writer Ntare Guma Mbaho Mwine said, “Shattered, for me, was the most layered story technically speaking and the most suspenseful.

“Each page introduced something that really made you want to know what happens next.

The ‘Real’ Shame of Rape