Are You Between 18 - 24? Win the Opportunity of a Lifetime! Enter the 2012 Zeitgeist ‘Young Minds’ Competition 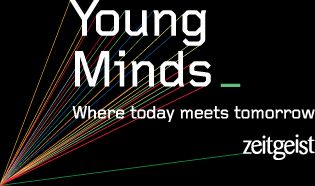 The 2012 edition of the Zeitgeist ‘Young Minds’, a competition to find 10 pioneers, change-makers and leaders of tomorrow aged 18 – 24, across Europe, Middle East and Africa* is now open. The winners will take their place alongside the greatest visionaries of today at Google Zeitgeist 2012 near London on May 20th – 22nd 2012.

From January 25th until March 19th 2012, the search will be on to find 10 exceptional, motivated and inspiring 18-24 year-olds from across EMEA*, who are making a positive impact in the world through science, the arts, education, innovation or inspiration.

The lucky winners will be invited to participate in Google’s annual Zeitgeist event, where previous speakers have included Archbishop Desmond Tutu, Burberry CEO Angela Ahrendts, Google CEO Larry Page and Chairman Eric Schmidt. They will also win a brand new Google tech gadget and get the chance to take to the stage and have their voice heard.

Last year saw the first ever ‘Young Minds’ competition in both the UK and America. The lucky finalists won an experience of a lifetime, from meeting Chelsea Clinton and Will I Am, to taking part in panel discussions with Jon Snow and Martha Lane Fox (Co-founder Lastminute.com).

Orli Setton was a winner from 2011 and described attending Zeitgeist as “magical, fantastic and powerful! What I enjoyed most was the innovative, energetic and creative atmosphere.”

Matt Brittin, Vice President of Northern & Central Europe, Google commented, “Google has always championed innovation and is proud to help young people showcase their ideas and achievements. Zeitgeist Young Minds is an incredible opportunity for future world-changers to meet some of the most powerful and inspiring people on the planet today.“

The winners will take part in a series of bespoke master classes with the aim of inspiring as well as giving them mentoring to help further their project and get their hands on the latest Google gadget. But what’s even more exciting is that a select few will also get the opportunity to take to the stage and have their voice heard. Here are the highlights from last year’s panel discussion with Martha Lane fox, Jon Snow and our Young Minds winners http://youtu.be/6_LYNwuaub4

To be in with a chance of winning a place at Zeitgeist 2012, all entrants have to do is simply upload a video no longer than a minute telling us how they are making a difference to the world to www.ZeitgeistYoungMinds.com