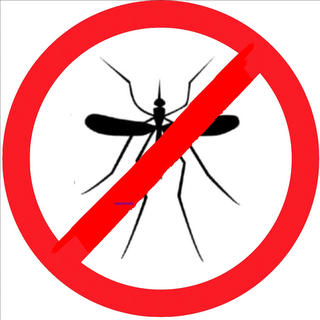 There goes the jarring buzz right at your ears, an unprovoked attack on your privacy, an irritation so nauseating, like a million needles pricking at your brains. You wonder, your blood at that moment full of bile, how on earth they found your ears even in a dark room, and how they know that their buzz at your ear will irritate you much more than their bite and the resulting malaria can ever. When you came into the room some minutes earlier to sleep, you had envisaged their visit because you had missed the daily routine of spraying the room with insecticide that evening, so you had taken the extra precaution of drawing the blanket up and ensuring it covered your head even though it is hottest time of the year. Your effort obviously did not impress the tiny beings. The buzz still rang through.

The nerves of your ear within seconds relay the message to your brain, triggering an immediate action as rich in its urgency as it is in its futility, a furious swipe at your ears to eliminate, even crush to pieces, this source of irritation. Your hands lands at its destination and it immediately occurs to you-too late though -that you have just given yourself a slap. This time you hear two different buzzes; one is the vibration of your ears in response to the slap and the other, that of the tiny creature who had smartly exited the line of fire before impact, buzzing away in victory with glee.

You are livid. You should be. First you have lost the promising sound sleep you were just beginning to drift into when the tiny irritant decided it was time to play, second you just slapped yourself for nothing and thirdly you know they don’t give up like that, that one mosquito that has decided to take up such responsibility was enough to deny you sleep that night. You know you must accept the invitation. So you sit up and flick on the light, adrenalin diluting the bile in your blood, your mouth producing hisses repeatedly as your eyes struggle to adjust to the sudden brightness in the room.

Your eyes sweep the room observing for the slightest movement in the air. There is a wall gecko trying to steal some catch-a house fly- from the web of a spider on the wall. You can see the spider frantically protecting its loot, moving around the web as if in a show of force to discourage the gecko from inching any further. Were the circumstances different, this would have held your attention for a little longer. But there were more urgent interests. So your eye moves away in continuation of your search, your vision zooming in and out like an automated sniper binoculars. You can feel the antenna’s of your ear extend like those of a cartoon character listening for any sound, any trace of the buzzing enemy.

There it is, gliding mid air like an American Apache jet. It seems to be looking at you mockingly and saying “come on, I haven’t got all day.” First you feel some joy for finally seeing it, for finally locating the target. But this joy quickly disappears, taken over by a fear of failure. You know you will be mad at yourself if you make a dash for it and miss, you know this could mean no sleep that night, so you hold yourself back as your brain develops a strategy for getting to it and taking it out.

Given its position, you need to rise up from the bed to reach it. You do so gently as if trying not to wake someone else asleep on the bed, all the time ensuring your eyes are following the movement of the mosquito as it dances around in the air. You say a silent prayer that it doesn’t suddenly fly away to another end of the room while you were in the process of rising. The heavens seem to be on your side this night, keeping the tiny being in your radar as you successfully drop both legs from the bed.

As you lift yourself up to a standing position, you notice its slightly distended abdomen. It infuriates you even more. That must be your blood in there you imagine. It reminds you of years ago when you were much younger, when each time your pastor mentioned blood sucking demons while praying, the only image that came to your mind was mosquitoes. It was the genesis of your loathe for them, this association of them with demons. And it was the reason why you were always happy to crush them in-between your palms whenever the opportunity presented itself and each time you were successful, each time you clapped and immediately turned your palms to your face for inspection and you saw a red smear, you felt such overwhelming satisfaction, of having freed the earth of one more demon.

But when you clap and there is no smear, it was different. It felt like missing a clear opportunity to score a goal that would have helped your side win the world cup. Such agony, such feeling of loss, such shame, like a lady raped in public. You will scan your palms carefully to make sure you really missed it and afterwards furiously scan the room for the escapee demon, the muscles of your hand twitching, eager to strike again. A few times however, you find the tiny demon sandwiched in between your fingers trashing, some life still left in them. It was with pleasure, like a toddler who has just made a new discovery in his toy, that you pinched them dead before looking around for any other Jets still midair.

Tonight you don’t want to miss, you don’t want to have to strike again, you don’t want to clap and not see blood. So gently, your eyes never leaving the target, you tip toe forward. Your hands are stretched out in front of you, your palms facing each other like a finger on the trigger. You see the tiny demon wobble in the air like a drunken man. You suspect it is aware of your advance, that it is simply teasing you and once you get close enough, it will jet off. Speed is as important as precision in this business, you remind yourself. You needed to strike in its most likely line of flight so that its attempt at escape becomes a leap into its doom. One leg goes in front of the other as you go closer. You are hardly walking, it feels more like you are floating. Everything is quiet, the world seems to be on a pause. You get within reach. You have it locked in. You strike, investing all the power in your hands, shutting your eyes as your palms meet. It hurt.

As you switch back off the light, collapse back on the bed and pull the blanket over your body hoping to catch the trails of the sleep the mosquito interrupted, you remember your Elementary science class and your teacher repeating almost like a nursery rhyme that Malaria was transmitted by female anopheles mosquitoes. For a second, you wonder, a little amused, if the one you just killed was male or female.

Sylva Nze Ifedigbo, creative writer and socio-political commentator is the author of “The Funeral Did Not End” a collection of short stories. He lives in Lagos.

Omawumi teams up with Flavour N’Abania for “Bottom Belle” – Listen to her brand new single now!

Ofilispeaks: The Right To Sh*t With Dignity