Omawumi teams up with Flavour N'Abania for "Bottom Belle" - Listen to her brand new single now! 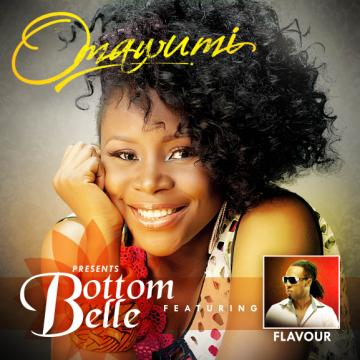 New music alert!
While we are still “grooving” to “If You Ask Me”, Omawumi has just released a new single titled “Bottom Belle“.
The song features red hot artiste Flavour N’Abania.

Find out more about the vibe and inspiration for this track below.

“Bottom Belle is a special song,” the feisty diva explains. “It is my witty way of telling the story of an opinionated young Nigerian woman who wants and fully intends to enjoy her life. This is a song you’ll rock to at the local hangout, the club or even the village square!”

Bottom Belle has a feel good vibe, which is driven by a smooth highlife beat. The song has an unmistakable club feel, merging native sounds with a cosmopolitan edginess that would prove irresistible to music lovers. The song tells the story of a young woman being wooed and how expensive she is to maintain. She tells her ‘toaster’ to prove himself a ‘chairman’ by taking her shopping and buying her a pair of bell-bottom trousers and other things that would make her happy.

Kporokoto master Flavour never fails to impress, and he does the same in this single. Playing the role of the ‘Chairman’, Flavour’s vocals take the listener straight to the dance floor as he boasts of his wealth in different currencies and how he plans to spend it on her as long as she makes him happy and dances to his tunes.