L.O.S have slowly been burning up the charts with their single “On Fire” so they had to make a video to boot.

This “boy band”, of four young talented artists; Yung, Bridge, Briss and Tomi; has been on the up-and-coming scene for a while now and, they are on the verge of a breakthrough with this Bobby Boulders directed video. Also, with a cameo by Yung6ix, Storm Records was definitely in the building.

“On Fire” is a definite club banger and with the transitions from catchy crooning to both dance-ready and witty lyrics here and there, L.O.S has a formula that works. 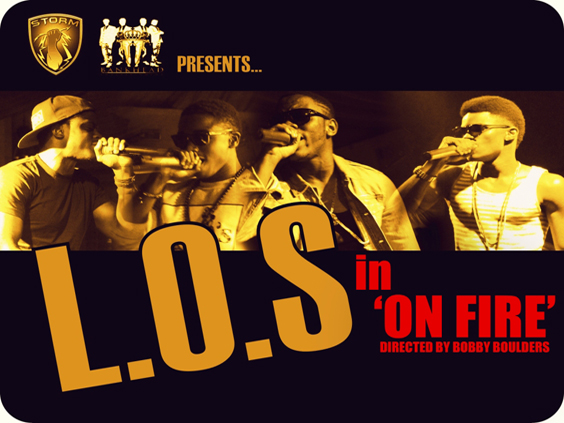 “One Knee” Crooner, Dele Drops His Highly Anticipated “Portraits Of Me” EP