It is indeed another sad day in Nigeria as two coordinated bomb attacks at ThisDay Newspaper offices in Kaduna and Abuja has left six people dead and several others injured. The first attack was at the Newspaper’s office in Abuja while the second occurred at a complex that houses a ThisDay Newspaper office along Kontagora road by Ahmadu Bello way in Kaduna.

ThisDay’s editorial board chairman Olusegun Adeniyi confirmed the attack. “The suicide bomber came in a jeep and security guards opened the gate for him. The guy drove in through the gate and rammed into the building and exploded. Two of our security men died, and obviously suicide bomber died too.”

Mr. Adeniyi also confirmed that five support staff were wounded. “Fortunately the newsroom is a bit far from the back of the building,” said Adeniyi. “So all the people in the newsroom … are all safe.”

At the scene of the Abuja blast, a Nigerian Red Cross spokesman Nwakpa Nwakpa said “We have collected three bodies but before we got here people had already been moved.” The blast killed at least three people and wounded others, Nwakpa said.

A Reuters witness saw the attack in Kaduna, when a suicide car bomber drove into the This Day office compound and tried to detonate his explosives but was stopped by bystanders, who dragged him out of the vehicle. People at the Newspaper office quickly surrounded the car. The driver then began shouting that there was a bomb inside the car.

Those there allowed the man to open the trunk of the car and he pulled out an object and threw it at the crowd, which exploded. At least three people died in that blast.

ThisDay is based in southern Nigeria and is broadly supportive of President Goodluck Jonathan’s government, the main target for Islamist insurgent group Boko Haram. There was no immediate claim of responsibility for the bombings.
It is unclear why bombers targeted ThisDay, a newspaper owned by the politically connected media mogul Nduka Obaigbena. The Islamic sect, Boko Haram has in the past not made any deliberate attacks on media houses.

This new turn of events comes as a shock to all.

May the souls of those who died in the attacks Rest In Peace. 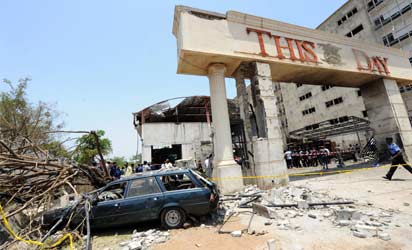 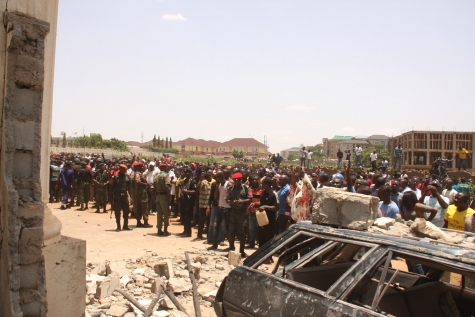 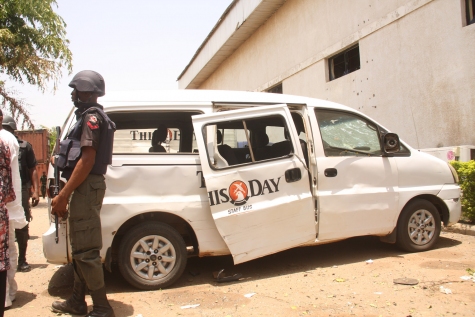 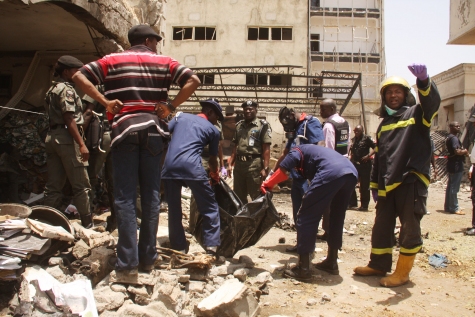 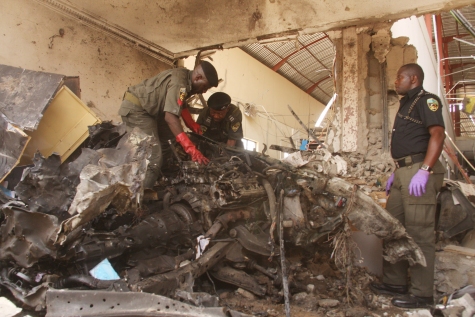 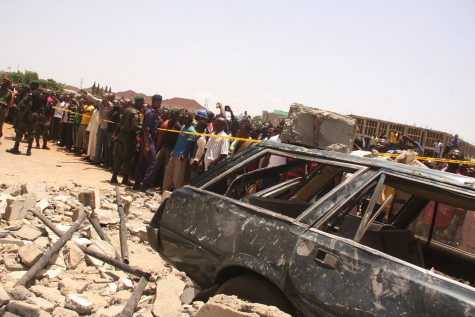