A few hours ago, President Goodluck Jonathan, signed the 2012 budget at the Presidential Villa in Abuja, effectively passing it into law. This is coming four months into the year! ‘Late’ would be an understatement at this time. How has the Federal Government been allocating spendings, making long term plans for economic growth, job creation and much more for the past four months?

The President declared an aggregate expenditure of N4.697 trillion (excluding the appropriation of N180 billion for programmes and projects encapsulated under the SURE-Programme); and forecasted a revenue of  N3.561 trillion, based on a Benchmark Oil Price of US$72 per barrel. He added that the budget would be focused on completing viable ongoing projects, in accordance with the Transformation Agenda, which will quickly deliver tangible and significant added value to Nigerians.

All these big figures mean little or nothing to the common man on the street who is job searching, who is hungry, who is thinking about how to get his next meal.

This budget coupled with the recent declaration by the Federal Government that Nigeria has the third fastest growing economy in the world can only make sense to most people if there is economic growth, adequate jobs and a better standard of living for most of the populace.

Here is a recap of some of the events that made headlines across the country this week: 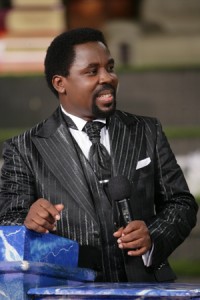 Prophet T. B. Joshua during his second service on Easter Sunday warned Nollywood to pray against the death of another actor. In his words: “Actors in Nollywood should pray against the death of a male member of the industry”. Nollywood has recently witnessed the deaths of some actors and actresses, including the deaths last year of Ashley Nwosu, Sam Loco Efe, Geraldine Okocha amongst others. TB Joshua has made some prophecies earlier, including predicting the death of an African leader, after which the president of Malawi died.

A 14-month-old baby and five unidentified adults on Tuesday 10th April 2012 died in a  fatal auto crash which  occurred at Alapako village on the Lagos- Ibadan expressway. The Ogere Unit Commander of  the FRSC, Mr Abdulrahman Sadeeq, who confirmed the incident,  said four other persons were seriously injured in the crash which occurred at about 7:30 am. He said  that the victims were travelling in a white Mazda bus marked  Bayelsa  XC 239 YEN  heading to Lagos from Kano. The bus, according to him, skidded off  its lane and rammed into a ditch at the village.

The Minister of Finance, Dr. Ngozi Okonjo-Iweala, was on Tuesday 10th April 2012, selected by the United Nations to participate in a worldwide effort to address child malnutrition, a day after she was interviewed by the World Bank board for the post of the president of the global financial institution. Okonjo-Iweala and 26 other global leaders were picked for the job by the UN Secretary General, Mr. Ban Ki-moon. An announcement by the UN Department of Public Information, said Ban appointed 27 individuals, including some heads of state and other reputable individuals to focus on improving nutrition as key to progress in health and development. The group is to represent the many countries, organisations and sectors working to improve nutrition, and serve as strategic guides for the global movement. It is also expected to scale up nutrition, which is committed to advancing the strength and security of nations by improving maternal and child nutrition.

The Chief of Army Staff, Lt.-Gen. Azubuike Ihejirika in Kaduna on Tuesday 10th April 2012, said  the Army would  train a special squad in the art of using dogs to fight Boko Haram. The COAS urged soldiers combating the group in the North to be alive to their duties. He added that the Army would inaugurate 14 speed boats to be used in checking militancy in Niger Delta. Ihejirika spoke at a workshop at the One Division of the Nigerian Army in Kaduna. He said, “I’m glad to inform you that our second batch of our trainees on the use of dogs in the fight against terrorism have just completed their training and will soon be launched to join you to further make your work easier.”

The police in Rivers state on Wednesday 11th April 2012 said that it has arrested one Jim Zaccheus for allegedly killing and secretly burying his girlfriend, Peace Matthias in his room last Saturday in the Elechi beach area of Diobu, Port Harcourt. The new Commissoner of Police, Rivers state, Mohammed Indabawa, announced this while speaking during his debut press briefing in Port Harcourt. The suspect allegedly killed her during a scuffle and buried her in his room but his neighbours suspected his subsequent movements, and these suspicions, coupled with a strong stench that was coming out of the room made them alert security operatives who forced the door open and exhumed Peace’s decomposing body. Mr. Inadabawa said that Jim Zaccheus had already confessed to committing the crime and would soon be charged to the court.
*** 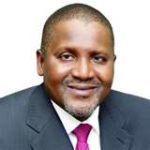 Aliko Dangote has finally decided to intervene in Nigeria’s epileptic power situation. He is to lead a $7 billion investment in the nation’s power sector, as well as petrochemical and mining sectors. Alhaji Dangote, who disclosed his intentions at a function in Lagos recently, said that he will be investing in the construction of a 2,000 megawatt power-generation facility to boost electricity supply over the next four years. “We want to do power that will be about 2,000 MW, that is infrastructure,” he said.

The Director-General, National Agency for the Control of AIDS, NACA, Professor John Idoko, disclosed in Abeokuta, Ogun State, during a courtesy call on Governor Ibikunle Amosun that no fewer than 70,000 babies born in Nigeria every year test positive to HIV. He said that the development was as a result of the inadequate utilisation of available initiatives to prevent the transmission of HIV through the mother-to-child route. Idoko, who told the governor that the agency was ready to partner with Ogun State Government in the prevention of HIV and  AIDS and other related diseases in the state, stated that the quoted figure was a compilation of the Federal Ministry of Health, Abuja. 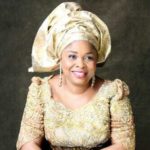 Lagos Island was groaning under a crippling traffic jam that paralysed business and sent many trekking on Thursday 12th April, 2012. First Lady Patience Jonathan was visiting – to thank women for voting her husband in last year’s election. Security agents cordoned off some areas because Patience Jonathan, the first lady of the federal republic of Nigeria was attending an event on the Island, consequently social and commercial activities on Lagos Island was paralysed for over nine hours. The resultant traffic jam extended beyond the Island to Mainland Lagos. It did not subside until early evening. From Ozumba Mbadiwe Road, Ahmadu Bello Way (on Victoria Island) through Alfred Rewane Road (formerly Kingsway Road), Awolowo Road (in Ikoyi); Catholic Mission Street, through Igbosere Road and Simpson Street, all roads were blocked.

A Nigerian lawyer, Robert Igbinedion, has sued the Federal Government and the National Assembly challenging the passage of the Same-Sex Prohibition Bill passed by the Senate late last year. In a suit filed at the Federal High Court in Lagos on behalf of the “sexual minorities”, Mr. Igbinedion prayed for an order for the enforcement of fundamental rights to Private and Family life, Freedom from Discrimination, and Human dignity. Mr. Igbinedion said that he filed the suit because the step taken by the Senate to make a law against LGBT (Lesbians, Gays, Bisexuals, and Transgender) persons is “one too many” by the government to oppress the minority.

The Akwa Ibom State Police Command has announced the discovery of a baby factory in Uruan where young girls are made to conceive, give birth and the babies later sold. Allegedly run by one Wisdom Mbaba, workers in the factory collect the new babies from the young mothers as soon as they are delivered and pay each N70,000 after delivery. The state’s Commissioner of Police, Umar Gwadabe, told journalists that following a tip-off from a resident of the area, the police raided the place and about seven young women, between the ages of 18 and 20, were rescued. He added that the suspected proprietor of the home, Mbaba, escaped but his wife, Effiong, was arrested.