Hello Everyone and welcome to another round up of major stories that made headlines in Nigeria this week.

It has been an eventful week. A few hours ago, President Goodluck Jonathan fired both his National Security Adviser and the Defence minister. His spokesperson, Mr. Reuben Abati did not give further details of the changes but said that Andrew Oweiye Azazi has been “dropped and replaced by Sambo Dasuki” a retired colonel. Bello Haliru, the defence minister was also dropped, Mr. Abati said

Although the week started on a sour note with bombings and violent attacks in Kaduna and Yobe states leaving many dead and even more people injured, later on in the week, the Joint Military Taskforce recorded some success and arrested three leaders of the Islamic sect, Boko Haram.

However, one major story that caused an uproar in the country was the sentecing to death of a 26-year-old man, Obinah John, to death by hanging for robbing one Dorothy Olaniyi of N1,705 and peak milk in sachets valued at N400. What is even more alarming about his case is the fact that the convict has been arrested since 2005 and recently got this absurd sentence.

Here’s a recap of some of the events that made headlines across the country this week:

The Kogi State Police Command has arrested four pastors and three others for allegedly attempting to cheat some people during a revival programme in the state. They are Bishop Bamidele Abraham of Eagle Kingdom Church, Pastor Chuks Ingalis Kelvin, Pastor Chinedu Okosisi and Pastor Samson Prince. The others are Osita Chuckwu, Samuel Ike and Nnenanaya Anthony Ikechukwu, all from Rivers state. The state’s Commissioner of Police, Muhammed Kastina, said the suspects, who pretended to be pastors were arrested while conducting ‘deliverance’ for people during a revival programme organized by one of them in Lokoja. “Mid way into the programme, one of the attendees felt uncomfortable with the manner in which they were conducting the deliverance, which was by asking people to donate money for the launch of a book by the host pastor, Bishop Bamidele Abraham and then lodged a complaint at the command,” he said.

A new pan-Yoruba group, Apapo Oodua Koya, (AOKOYA) said that it has “trusted” information that Boko Haram, the dreaded extremist Islamic group, is likely to attack Lagos and Ibadan in the next few days or in the month of July. “Boko Haram thinks the best way to get attention is through sustained attacks, but the surest way to dominate national discuss and stir critical opinions is to take the battle to the country’s economic hub, which is Lagos and Ibadan,” the group said in a statement in Ibadan signed by its Secretary for Internal Affairs, Alhaji Mufatau Adedoyin. “That is the new thinking of the Boko Haram leadership.” AOKOYA expressed regret that the political leadership of the South West has no concrete plans to curtail the “almost inevitable” suicide bomb attacks that the Islamic group may unleash on the largely urbanized Yoruba region.

A three-day screening for candidates seeking admission into University of Nigeria, Nsukka, was on Tuesday called off over suspicion that question papers for the test had leaked. Only candidates who scored the mandatory 200 marks in the last Unified Tertiary Matriculation Examination are eligible to write the test. The UNN post-UTME tests started on Monday for candidates seeking to study sciences and related courses. However, on Tuesday, when candidates slated to write the test were seated and answer scripts were being shared to them, the authorities of the university called off the entire exercise. The sources and some of the exam candidates who spoke to newsmen alleged that an unidentified employee of the university leaked the question papers.

The militant Boko Haram sect has revealed that it plans to launch further devastating attacks on churches and government buildings in the coming days and weeks. On the heels of this week’s escalation of sectarian violence in Kaduna State, the sect said it planned to make the month of June 2012 the bloodiest month yet in its violent and bloody campaigns against those it tagged infidels. A contact for the sect told Online Media, SaharaReporters that his group’s planned attacks would be focused and bloody. The group’s spokesperson claimed that Boko Haram had moved some 300 suicide bombers to attack churches in Southern Kaduna as well as Plateau State. The source also stated that the sect was determined to exact massive revenge for the Muslims killed in the Jos and Southern Kaduna areas.

The Commissioner of Investigations of the Accident Investigation Bureau (AIB) Captain Muktar Usman, has said that it will cost Nigeria $5.6 million to establish a laboratory where flight recorder otherwise known as black boxes will be analysed and decoded. Usman, who appeared before the National Assembly Joint Committee investigating the recent crashes involving Dana Airlines in Lagos and a cargo plane in Ghana, said, “We don’t have the capabilities here to download the recorders. But the government is making investment in that regards and hopefully by next year, we may be able to conclude the payments and have the laboratory established in Nigeria.”
*** 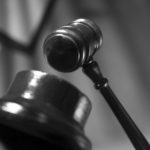 A Jos High Court on Thursday 21st June, 2012 sentenced a 26-year-old man, Obinah John, to death by hanging for robbing one Dorothy Olaniyi of N1,705. The convict was also sentenced to death for robbing Olaniyi of two rolls of peak milk in sachets, valued at N400. He robbed the woman on November 18, 2005 in her shop at Gada Biu, Jos at gunpoint. But John’s counsel, Mr. Tobechukwu Kekemeke, rejected the prosecutor’s claim, and accused the police of “not telling the truth about the gun” said to have been used by John. Kekemeke pointed out that the police presented three statements, with only the last indicating a confession by the accused that he used a gun against the victim.