At Bellanaija, we are glad you’ve stayed with us all week and we’re happy to bring you a recap of stories that made headlines across the country.

Sadly, this week started on a sour note with news of an ocean surge around Kuramo beach, Lagos, claiming the lives of some residents. Within the week, other news stories created some buzz including the alleged stealing of a three month old baby in Benue state.

On the international scene, Prince Harry’s nude pictures hit the internet creating quite a buzz and the sentencing of mass killer Anders Breivik was also a trending topic across the country.

Here’s a recap of some of the stories that made headlines this week:

An Abeokuta Magistrate’s Court on Thursday, sentenced two students to two years imprisonment for stealing a motorcycle valued at N 100,000. According to the prosecutor, Mr Sunday Eigbejiale, the accused persons, Abdullahi Akinloye (20) and Lekan Babatunde (23) were  SS2 students. He said the offence was committed on May 25 about 3.30 a.m. at 5, Sodeke Street in the Abeokuta metropolis. Eigbejiale told the court that the complainant, Mr. Wali Ogbonaya, parked his motorcycle in his compound at night and in the morning discovered that it had been stolen. He said: “Upon enquiry, he (Ogbonaya) discovered that two vigilantes saw the accused persons with the motorcycle and interrogated them. Akinloye and Babatunde confessed to stealing the motorcycle, they were arrested and taken to Adatan Police Station.”

A three-month-old baby has allegedly been stolen by an unknown woman during a church service at St. Theresa’s Church, Anyiin, Logo Local Government Area of Benue State. Sources gathered that the incident took place during the church service, when an unknown woman, who stood at the entrance of the church, approached the mother of the stolen baby, one Mrs. Mbatumun Oseh, and offered to help her hold the baby to avoid being pushed down by other members of the church. According to our source, Mrs. Owen obliged her and thereafter, the strange woman also offered to sit at the back seat with the baby to avoid distracting members, while the baby’s mother sat in front. Mrs. Oseh, however, detailed one of her children to sit close to the woman, while the service went on. However, the woman sent the older child to a nearby shop to buy her sachet (pure) water, but before the girl came back, the woman had disappeared with the baby. 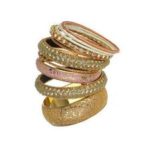 An 18-year-old housekeeper was on Thursday charged with theft of jewellery worth N9m at the Ogudu Chief Magistrates’ Court, Lagos. The accused, Monday Komina, who lives at Plot, 629, Taiwo Aromire St., Isheri, a Lagos suburb, is facing a charge of stealing. The prosecutor, Cpl. Kemi Adeniran, told the court that the offence was committed on August 15, 2012 at Omole Phase II, Ikeja. She said the accused, who was a housekeeper of the complainant, Mr. Adewale Okesanya, allegedly burgled his room and stole wrist watches worth N5 million, a set of chains, rings and clothes valued at N4m. “After stealing the items, he disappeared and was later arrested and handed over to the police,’’ she said. Adeniran said the offence contravened Section 285 of the Criminal Code, Laws of Lagos State. The accused, however, pleaded not guilty to the charge and was admitted to a bail of N100, 000 with two sureties in like sum. 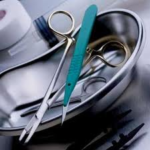 The Bauchi State Police Command, on Wednesday, arraigned three persons before a magistrate court for allegedly removing two kidneys from the body of a 25 year-old man, Abubakar Buba. The suspects, Mijinyawa Abdulkadir, Abdullahi Yusuf and Mohammed Zangina, were charged with conspiracy, attempt to commit culpable homicide, causing grievous hurt and impersonation. The Police Prosecutor told the court that the victim’s father, Buba Ahmadu, reported the matter to the Police, saying his son Abubakar was ill and went to private a hospital owned by Mijinyawa Abdulkadir, a Nurse, for treatment. The prosecutor said while the victim was in the clinic, one Aminchi introduced himself as a doctor of the said hospital and recommended Abubakar for scanning at Almanzoor scanning centre. Aminchi and Yusuf Zangina conducted an illegal appendix surgery, which led to the removal of the two kidneys of Abubakar. The victim is now critically ill at the Abubakar Tafawa Balewa University Teaching Hospital, Bauchi and is undergoing dialysis treatment.

An Italian man has been arrested over the murder of Anthonia Egbuna, a Nigerian prostitute, after police searching her apartment found a short story he wrote with close similarities to the killing. The Carabinieri (Italian Military Police) disclosed that Anthonia was stabbed and her body was dumped in the river Po. It took some months for the police to identify the corpse and thereafter, her apartment was visited. While going through her possesions, a nine-page story, titled ‘The Rose and the Lion’, was found among her belongings. After finding 34-year-old Piampaschet’s short story, police say they discovered he had been in a relationship with Anthonia, who was then 19 years old, between February and August of 2011. They alleged in a statement that he murdered her in November because their relationship was going badly and she refused to give up prostitution, which appeared to be the connection between the story.

Mass killer Anders Breivik was sentenced to 21 years in prison today for slaughtering 77 people in a bomb and gun attack. The self-styled anti-Muslim militant smiled as a judge declared him sane enough to be held criminally responsible for Norway’s worst peacetime attacks. Going against the recommendation of prosecutors, who had asked for an insanity ruling, the five-judge panel in the Oslo district court convicted Breivik, 33, of terrorism and premeditated murder. They imposed a sentence of “preventive detention,” a special prison term for criminals considered dangerous to society. Prosecutors have not said if they would appeal. The judges set the minimum length of imprisonment to 10 years and the maximum at 21 years, the longest allowed under Norwegian law.

Nude pictures of Prince Harry surfaced on the internet this week. The photographs, which have been published on gossip website TMZ, are allegedly of the third-in-line to the throne without any clothes on after he enjoyed a game of strip billiards in a Las Vegas VIP suite with his friends and a bevy of beauties.
One of the images appears to show the flame-haired royal hugging a woman, who also seems to be naked, from behind and another picture shows him cupping his private area. Harry is said to have gone to a hotel bar and met a number of ladies before inviting them up to his VIP suite. A representative for the royal family told the website: “We have no comment to make on the photos at this time.”
***