BN Bytes: Kelly Hansome gets his First Tattoos for $4,000 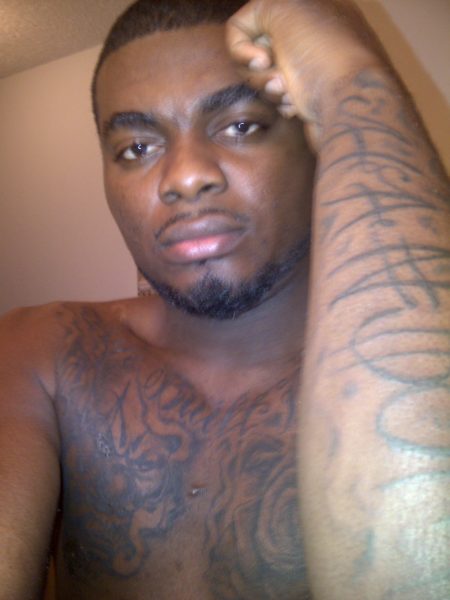 Just in case you’ve been wondering what has been happening to Nigerian music artiste, Kelly Hansome, he just informed us that he has been getting his first tattoos at the cost of $4,000. He went all the way to Mexico to get his tattoos which he regards as  an “investment on my body.”

In an email sent to Bellanaija by his PR, he spoke about the significance of the tattoos which cover most of his upper body.

He enlisted the services of renowned tattoo artist Mr Roger aka Da Doctor of Mexico. Each tattoo was carefully thought of and holds a special meaning. All in all, the inking took approximately 8 hours from beginning to end and cost $4,000 US Dollars. The artiste sites this expenditure as an “investment on my body.”

Across his collar bone reads “WE BUILT AMERICA” which is the title of his recently released mixtape. This mixtape is one of the most downloaded and respected mixtapes by a Nigerian artiste to date. On his left arm is a depiction of praying hands with a microphone in between them and the inscription “Work Hard and Stay Humble” which is his Life Motto. On his chest are metaphorical characters depicting “clowning” the competition and “eye” on money. Lastly, on the underside of his left arm is “HANSOME” (the N is the Nigerian Naira symbol, S is the American Dollar symbol, and E is the European Euro symbol) which is a constant reminder that according to history, ONCE UPON A TIME, 1DOLLAR WAS EQUAL TO 1NAIRA and this can be achieved if and only if we, NIGERIANS, can WORK HARD AND STAY HUMBLE.

Hmm… interesting. What do you think about his new body art? 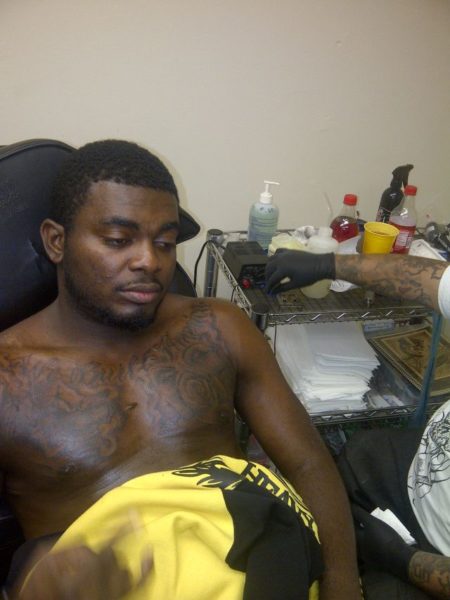 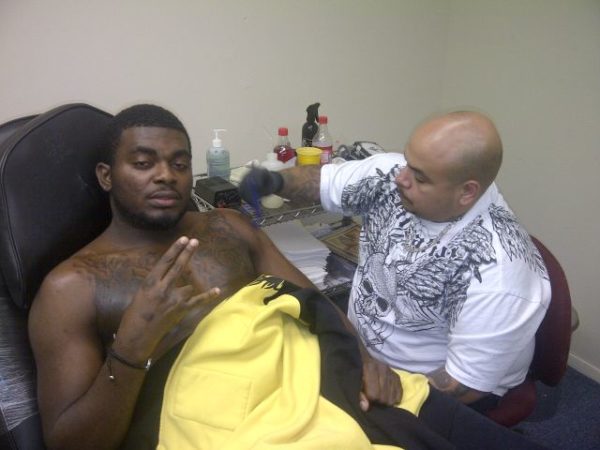 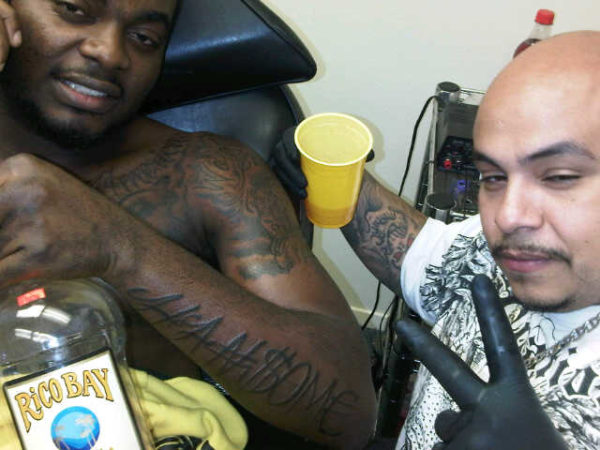 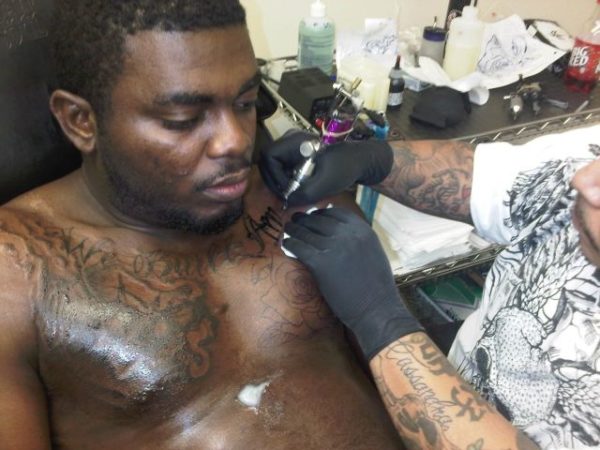