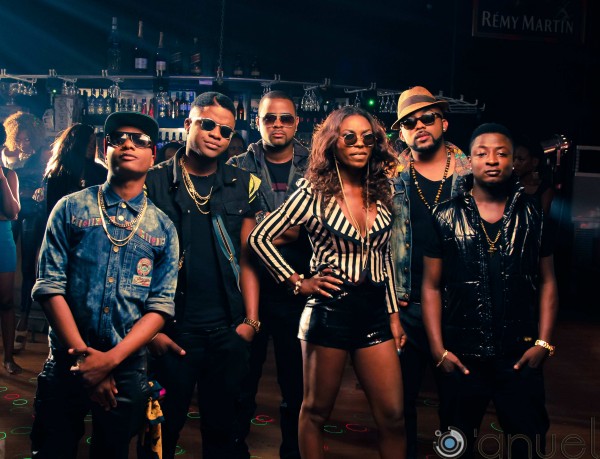 Shot in Lagos and directed by Clarence Peters, this fifth video off the label’s collaboration album, Empire Mates State of Mind, shines the spotlight on one of the label’s new act, ShayDee.

According EME star Banky W, ” The E.M.E crew is working hard to make sure fans are not disappointed and there is no doubt that “Sun Mo Mi video” certainly keeps that promise”.

The song which was co-produced by MasterKraft and Banky W features cameo appearances by some of Nigeria’s most loved entertainers including Wizkid, Niyola, DJ Xclusive, Iyanya, Flowssick, Iceberg Slim and Slim T.

Watch the video which according to a source for the label is the crew’s quest to dominate dance floors across the continent.

Imagine You on MTV…It’s Possible! – Audition for the 2012 MTV Base VJ Search Nigeria | Guess Who’s the Superstar Judge?…Banky W!