So excited!
As you can imagine, we love romantic comedies. Especially romantic comedies done right!
On Valentine’s Day 2013 – that’s February 14th just in case – Producer/Director Michelle Bello‘s movie “Flower Girl” will land in Nigerian cinemas. The filmmaker is best known for her award winning film “Small Boy” which was honoured at the African Movie Academy Awards.

Flower Girl is a romantic comedy that involves the life of Kemi, a shy florist, who is desperate to tie the knot with her long-time boyfriend Umar. Contrary to her expectations, Umar suddenly breaks up with her, leaving her devastated. In a desperate bid to get him back, Kemi teams up with a most unlikely ally, Tunde Kulani, a famous playboy Nollywood star.

The movie addresses the issue of young women who are in a hurry to get married thinking only about their prefect wedding day and not the long-term commitment required by both individuals to make it last. 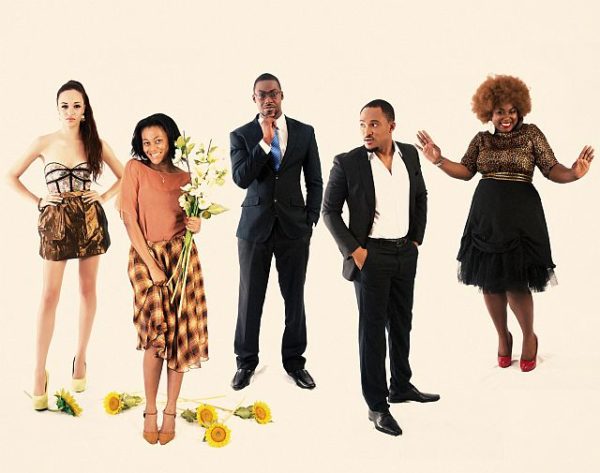 The next generation of amazing Nigerian stars meticulously assembled by Michelle includes Damilola Adegbite, (formerly in Tinsel), Chris Attoh (Tinsel), Eku Edewor (53 Extra), Bikiya Graham Douglas and Chuks Chukwujekwu, starring for the first time as a male lead. Also starring in the film are famous actors Patrick Doyle, Teni Aofiyebi and Tosan Edremoda-Ugbeye. This dynamic ensemble brings a whole new take on love in Nigeria and audiences are sure to have a highly entertaining experience watching Flower Girl when it is released in 2013.

Shot entirely on location, Flower Girl is Michelle’s love letter to Lagos and will feature locations familiar to many as well as some exciting parts of the city never seen before in a film. From churches to business hubs and from electrifying night life to beautiful lagoon views, Flower Girl captures modern-day Lagos in stunning high resolution that will be enjoyed by audiences everywhere.

You can watch the first teaser below and then check out promo photos of the cast in character!

M.I & Julius Agwu Party with the Ladies at the SNAPP Launch Parties in Port-Harcourt & Calabar – Photos