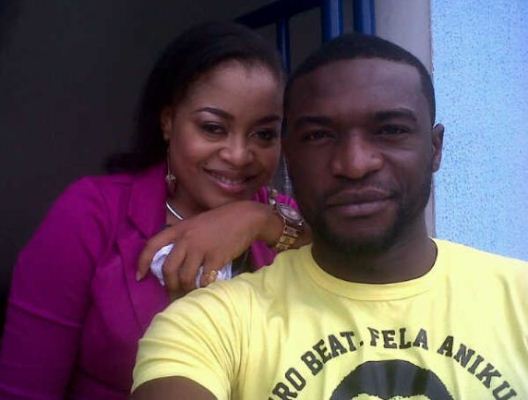 Good news reaching us is that Nollywood actress, Nkiru Sylvanus and former Mr Nigeria, Kenneth Okolie who were kidnapped on Saturday in Owerri have been released by their captors. Nkiru, who is also a special assistant on public relations to the Imo State governor, Rochas Okorocha and Kenneth were kidnapped at a place where they were taping an episode of a public relation’s show, “Inside Imo” somewhere close to the famous Concord Hotel, Owerri. Vanguard reports that they were released on Thursday night.

After their kidnap, there were reports that the kidnappers demanded N100 million ransom for Nkiru’s release. But barely hours after an open letter was written to the IG of Police on the matter by concerned friends of the kidnap victims, they were released.

It was reported that the kidnappers blindfolded them and dropped them off at an unknown location where they were able to call friends to come pick them up. It is however uncertain if any ransom was paid.

We are glad they are out of their kidnappers custody and now reunited with family and friends.

BN Bytes: On Set With Flavour! Watch Behind the Scenes Footage From Flavour’s “Shake” Video Shoot