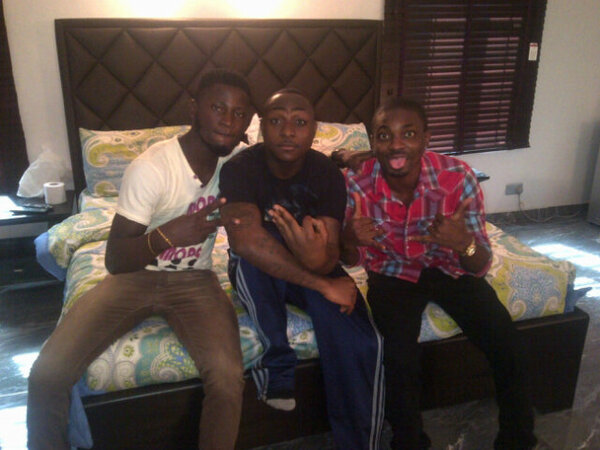 Ever since Davido dropped his spanking new video for his new single, “Gobe”, about two days ago, which has now surpassed 100,000 views on Youtube (Congratulations Davido!), it came along with a lot of controversy.

From the grapevine, Davido had allegedly stolen the song – its production, lyrics et al – from an up-and-coming act, Password, who had released a song of the same title and had just made a few tweaks to the verses and hook.

The twitterverse was alive with curses and insults to the “Omo Baba Olowo” as a lot were quick to believe this to be true. As a matter of fact, the individual behind this account – @gobepassword (who just opened the Twitter account on February 26th, 2013) began to rant and slander Davido by saying:

I did not do any deal [email protected]iam_davido and @iam_shizzi, My MGT will press charges!

This is theft of intellectual property — Password Gobe (@GobePassword) February 26, 2013

Just joining twitter today because i started getting calls from people that know me that i sold my song “Gobe” dat dropped in 2011 to Davido — Password Gobe (@GobePassword) February 26, 2013

@iam_davidoWhy will you steal my song, and claim that i sold it to you? have we ever met before? — Password Gobe (@GobePassword) February 26, 2013

and the ranting went on for all of his/her present sixteen tweets. Soon enough, Davido quelled the controversy and rumors when he revealed that – although his new single is a re-make of Password‘s “Gobe” – his new single was in fact done with the artist and HKN’s in-house producer, Shizzi.

As such, it was also later revealed that the user of the @gobepassword Twitter handle was a fraud. Here’s a tweet from Davido indicating Password‘s real Twitter account (which was actually opened back on February 10, 2012)

I guess it’s just another day in the life of “Omo Baba Olowo”, controversy never sleeps.

And, although a lot of music listeners may still try to lambaste Davido for “not making his own music by himself”, the music industry is one where recycling is definitely allowed. A lot of our ‘favourite’ musicians have writing teams and when it comes to ‘remaking’ songs, the likes of Michael Jackson and Chris Brown and even 2Pac have all recycled beats, lyrics and so on.

So, in case you’re still curious about the similarities between the new and old “Gobe”, here’s Password‘s 2011 version:

Increase your Chances of Getting a Better Job! Read 4 Tips for the Experienced Professional