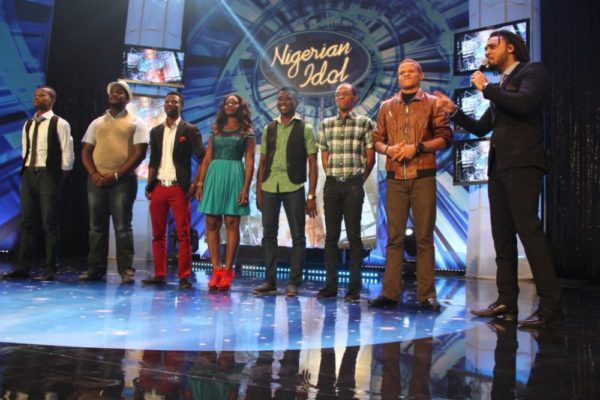 It was a fierce battle and an intense night of redemption over the weekend as the continent’s most entertaining music reality show, Nigerian Idol, held the wild card round show to determine the last set of three finalists that will make it to the finals.

Eight, out of the original top 30, were picked by the judges to have another chance at becoming part of the Nigerian idol Top 12, but that number went down to seven as Bimi Adegoke decided to withdraw from the competition for personal reasons.

However, the show must go on.

The wildcard event kicked off with Moses ‘The Teddy Bear’ whose performance of Amy Winehouse’s ‘Back to Black’ was flawless and full of character. His performance was followed by Okey Jazz who topped his last performance with an exquisite rendition of Kelly Clarkson’s 2004 song ‘Breakaway’. Dani Angus was next and he brought the house down with the hit song from Mariah Carey’s 10th album ‘The Emancipation of Mimi’; ‘We Belong Together’.

Later on Modele Fatoki gave a shaky performance, singing Whitney Houston’s classic ‘All the Man I Need’. Her delivery may have put her in the danger zone, as the judges felt it was lacking and called for an impromptu duet with Yinka Davies. Things picked up after that with Michael Adedeji who brought the show back to life with his strong rendition of Trey Songz ‘Can’t be friends’. The small but vocally dexterous Oweck merited a standing ovation from the judges with his performance of Christopher Cross’s ‘Sailing’ and finally Abisiakan ended the performances with Faith Evan’s ‘Never let you go’.

Speaking on the show and performances, Jeffrey Daniels, one of the judges said “It didn’t feel like a wild card performance to me at all. The way the contestants sang, their emotions, performances and everything about the show felt like I was watching the grand finale. Really, Nigeria has an incredible amount of talent and Nigerian Idol appears to have collected the best of them all”.

The wild card round only permits three winners into the Idol finals; the contestant with the highest number of votes will be the first to get into the final stage while the judges will select two other contestants to follow suit.

“The real contest begins on February 16, where the top 12 contestants will be unveiled. A team comprising of a music director, vocal coach, stylist and others will work together to make the Nigerian Idol someone who can stand on his or her own among other Idol alumni worldwide,” said the Project Manager Ope Odugbemi. 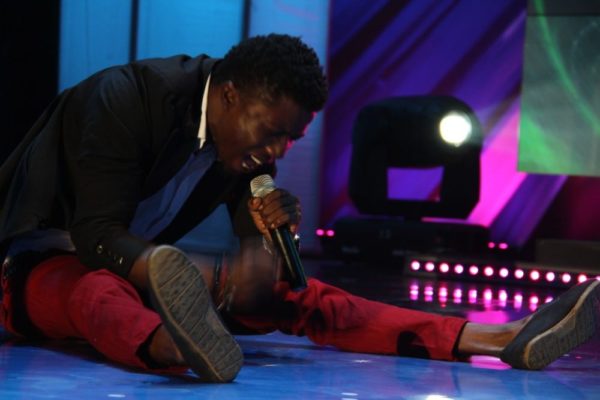 So, which contestant will be brought back by Nigerians? Who will the judges bring back? and which three contestants will join Debbie Rise, Safeeyat, Vicci, Kome, Immaculate Victoria, Job Emmal, Amarachi, Jay feel and Efezinoin in the top 12?

The power to decide the fate of one of the contestant lies in your hands, so vote by texting the number of your favourite contestant to 33680, from any network. You can also vote for a contestant by dialling his/her number using an Etisalat line.

The top prize for this season is worth $100,000, in which the lucky winner will get: 7.5 million Naira in cash, a recording contract also worth 7.5 million Naira, and a brand new SUV while runners-up will be given prizes to the tune of 10 million Naira.

Visit http://www.Nigerianidol.com/ for compelling back story videos, juicy behind the scene news, and get a taste of what is to come. For the latest information, Like the Nigerian Idol Facebook page www.facebook.com/NigIdol, and follow Nigeria Idol on Twitter at www.twitter.com/NigerianIdol and you could be eligible to win some fantastic prizes including the opportunity to be in the studio for a live recording.

Nigerian Idol is the biggest music show across Africa and is brought to you by Etisalat, in association with Pepsi and supported by Beat FM.