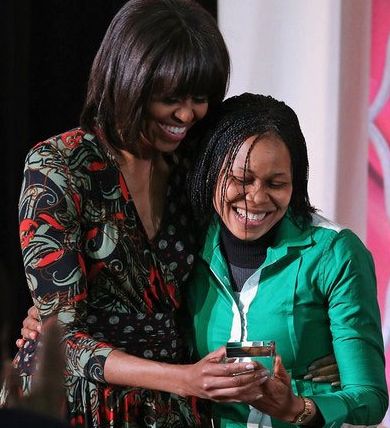 At BellaNaija, we love to celebrate brave Nigerian women who are doing the nation proud with their selfless services and dedication to the promotion of equal rights. Today, we are so proud of Nigerian democracy activist and women’s right advocate Dr. Josephine Odumakin who was recently awarded the 2013 United State Secretary of State’s International Woman of Courage Award.

The U.S. First Lady, Michelle Obama, with Secretary of state, John Kerry presented Josephine’s award to her at the Dean Acheson Auditorium of the US State Department at a ceremony which coincided with the International Women’s Day.

Dr. Odumakin is an inspiration to young women; a brave woman who has been on the forefront of over 2,000 cases of violations of women’s rights, including cases of extra judicial practices committed by government security agencies against women. Often times, these cases include extra judicial killings of women by the police or their spouses, assault of women by law enforcement personnel for any pretext as well as deaths of children and women through negligence on the part of school or hospital authorities. Dr. Odumakin heads the Campaign for Democracy and has been involved with a lot of initiatives to broaden Nigeria’s democracy.

She is currently the Executive Director of the Institute of Human Rights and Democratic Studies; President of Women Arise for Change Initiative; Chairman, Task Force of the Citizen Forum; Spokesperson, Coalition of Civil Society Organizations; and President, Centre for Participatory Democracy.

Dr. Odumakin is usually seen leading almost every protest, march, lecture or workshop aimed at encouraging the rule of law and governing justly and democratically. She was one of the prominent people behind the Occupy Nigeria protests against the Federal Government’s increase in the price of fuel early last year. Her advocacy led her to be arrested and detained seventeen times during the dictatorship of General Ibrahim Babangida’s regime.

The annual Secretary of State’s International Women of Courage Award which was established in 2007 honors women around the globe who have exemplified exceptional courage and leadership in advocating for human rights, women’s equality, and social progress, often at great personal risk.

The award was also presented to nine other women from other countries including Afghanistan, Egypt, Honduras, Russia, Somalia, China, Syria, Vietnam and India. 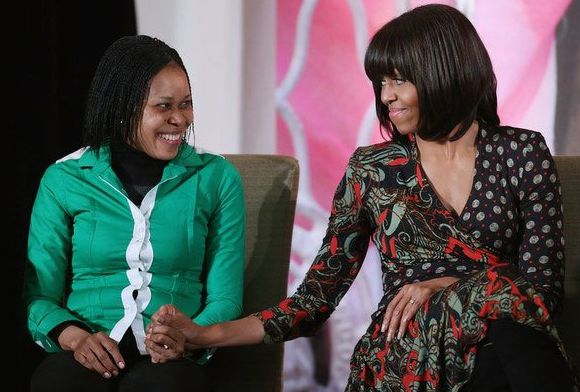 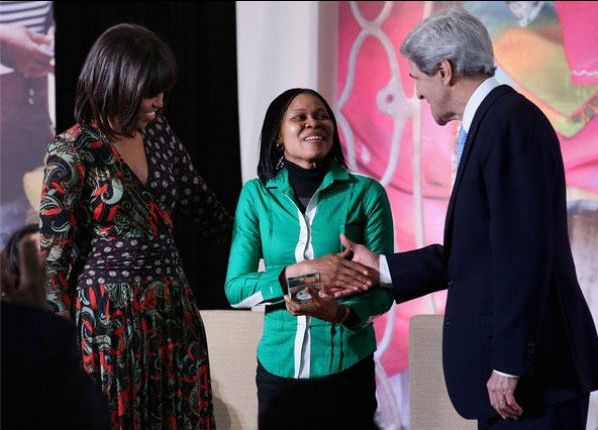 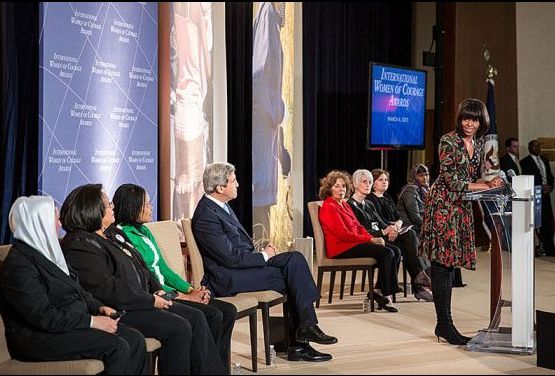