The Competition just got Tougher! Vote for Your Favourite Top 8 Contestant on Nigerian Idol Season 3

And then there were eight. The competition got tougher last weekend as two contestants Joe Emmal and Amara were sent home. Now the remaining hopefuls are faced with the struggle to become the next Nigerian Idol.

The theme for the week was focused on songs from the greatest music groups of all time. With the first lady of rap Sasha P as a guest judge on Sunday 3rd March 2013, the contestants wanted to meet her expectations of “…waiting to be wowed…I’m rooting for every one of them and I’m waiting to be entertained”.

The night shot to great start with the top eights’ rendition of the 1979 classic by Sister Sledge, “We are family”. Danny Angus started the solo performances with a classic hit, The Temptations’ 1965 number on single “My Girl”. The performance met mixed feelings from the judges with Jeffrey Daniels saying “You pitched yourself low so you weren’t able to do what you do”  But Yinka Davies gave him encouragement with “I’m your girl any time”

Abasiakan got strong reviews when he sang “If You Don’t Know Me By Now” by Harold Melvin & The Blue Notes. Sasha Commented “You seemed to enjoy your performance and I connected with it” and Femi Kuti supported saying “You have range and your tuning is perfect.”

Kome turned up the modernity in the room with a song from the nineties “All My Life” by KC & Jojo. Although she did not fare well with the judges on her performance Sasha boosted her spirits with calm words telling her “I could see that you were nervous, that is an amazing song”. Jeffrey however brought her back to reality saying that though it was her most solid performance yet, she still had a lot of work to be done.

JayFeel played it safe with an early 2000’s hit from the Backstreet Boys Millenium album “Larger Than Life” and rocked all over the stage. Femi praised him saying  “You consistently choose songs that you can handle…I can easily say you are the best performer of the show” But Sasha wasn’t so impressed. She felt he needed to work more on his vocal abilities but she would but tickets to his show.

Safeeyat failed to impress Femi with her performance of N’Sync‘s love song “This I Promise You”. He complained that she missed a lot of critical notes and stated that “You need to focus on your confidence, I sense a lot of hesitance.” Jeffrey however felt she did a good job and lifted her spirits saying “I’m not familiar with this song but you made me like it. You keep getting better.”

Debbie Rose went Spanish with her rendition of the classic hit from Westlife “Soledad”. Sasha P loved it and said she felt the emotion of the song but felt she needed to take better care of her voice. Jeffrey also sang her praises saying “We’re watching you grow, you are a work in progress and the work is taking shape.”

Moses staged a come back and had the crowd clamoring for more with his performance of the Maroon 5 Smash hit “She Will Be Loved”. The judges were very impressed with the performance. Sasha told him “For the first time this evening, I have no ‘but’ and Jeffrey added saying “You take us on a journey every time you sing!” completing his statement with a thumbs up. 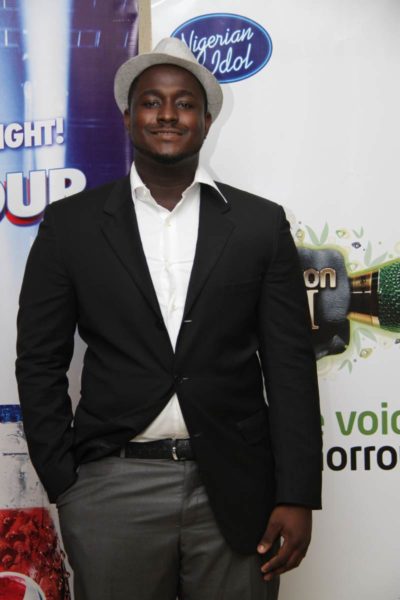 Efezino brought the show to a close with a performance of the Pussycat Dolls‘ slow ballad “I Hate This Part Right Here”. Her performance also had mixed reactions from the judges. Femi told her that she could have made a better choice of song and that her voice was still “young”. On the other hand Jeffrey Daniel said to her, “You made a profound statement…tonight’s performance just upped your game.” And finally Sasha P gave her some solid advice “You could do with more control. I see you doing more alternative music.”

Eliminations are staring the top eight in the face. Did you do enough to keep your favourite for another round?

The power to decide the fate of one of the contestant lies your hands Nigeria, so vote by texting the number of your favourite contestant to 33680, from any network. You can also vote for a contestant by dialling his/her number of any using an Etisalat line.

The top prize for this season is worth a superb $100,000, in which the lucky winner will get: 7.5 million naira in cash, a recording contract also worth 7.5 million naira, and a brand new SUV. Runner-ups will not be left out as they will be given prizes to the tune of 10 million naira.

Visit www.nigerianidol.com for compelling back story videos, juicy behind the scene news, and get a taste of what is coming. For the latest information, Like the Nigerian Idol Facebook page www.facebook.com/NigIdol, and follow Nigeria Idol on Twitter at www.twitter.com/NigerianIdol, and you could be eligible to win some fantastic prizes, including the opportunity to be live in the studio for a recording.

Nigerian Idol is the biggest music show across Africa and is brought to you by Etisalat, in association with Pepsi and supported by Beat FM.