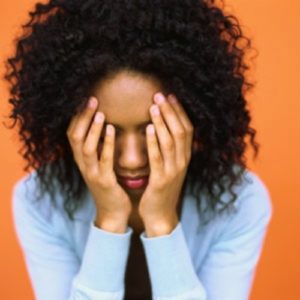 Not So Sweet Revenge
When relationships end, there’s always that one party who is left to wonder why life has dealt them such a serious blow. This tends to be followed by incessant self-questioning and doubt. On some days, they wake up angry at the world. Life as they knew it, no longer makes sense. At their worst, they tend to be consumed by bitterness. They’ll do everything and anything to get their pound of flesh.

Human beings are sensitive. Nothing makes us happier than feeling loved. “Being deeply loved by someone gives you strength, while loving someone deeply gives you courage“. Nothing has the impact of gladdening the heart than reciprocated love whilst nothing can prove as heart wrenching than a rejected love advance.

For Vicki Pryce, the respected British economist, the latter is applicable. When her politician husband, Chris Huhne told her he was leaving her to be with his mistress, she was consumed in blind rage. She wanted her pound of flesh. She wanted to hurt him and would go to any length to do so. She called up journalists, developing relationships in a bid to use them in her motive to punish him for having the temerity to walk out on her. Eventually, she found a story that would fly.

Apparently, he had pressured her into taking penalty points on his behalf years back when he was caught over speeding. She told her story to the press hoping that it would bring her man down and he would have no choice than to resign. He denied it for a while but when it became clear he was going to be prosecuted for perversion of justice, he tendered his resignation. His ex-wife didn’t get off the hook despite her defence of marital coercion. She and her ex-husband were both sentenced to eight months in prison.

Lesson: Don’t let the need to get revenge consume you.

I understand it can be difficult but we should try to live and let go safe in the knowledge that things always get better.  Had Vicki Pryce not been so obsessed with getting revenge and causing him great embarrassment, she would not have to spend the next 8 months of her life away from her 3 children incarcerated!

On Accountability
In America, two prominent African American politicians have been convicted over the past few weeks. Kwame Kilpatrick, the former Mayor of Detroit, who was once known as the ‘ Hip Hop Mayor‘, has been convicted for corruption. The Guardian reports “Jurors convicted Kwame Kilpatrick of a raft of crimes, including racketeering, conspiracy, which carry a maximum punishment of 20 years in jail. He was portrayed during a five-month trial as an unscrupulous politician who took bribes, rigged contracts and lived far beyond his means while in office until the fall of 2008.” It is a given that Mr Kilpatrick would do some jail time. Jesse Jackson Jr, the son of the famed Civil Rights leader and past US Presidential aspirant, an ex- Congressman in his own right, pleaded guilty to misuse of campaign money. He had admitted to using these campaign funds in a personal capacity to purchase frivolous gifts.

Accountability is the cornerstone on which democracy is built. It acts as a way through which we can keep our representatives on their toes to do the right things. By remembering they are answerable to us, there’s an incentive to do the right thing and make sensible decisions. The incidents I mention are clear exercises in Accountability. The three politicians know this and it explains the reasoning behind their apologies and pursuit of penance.

There’s also the recent presidential pardon granted by President Jonathan to the ex Bayelsa governor, Diepriye Alamieyeseigha. Years back, the rotund figure popularly known as ‘Alams’ was a footnote in one of the more memorable cases pursued by the EFCC. As the story goes, Alams was arrested at London Heathrow with 1 million pounds in cold cash after returning from a tummy tuck procedure in Germany. He was prosecuted by the Metropolitan Police for Money laundering and according to the story that made the rounds; he jumped bail by disguising himself as a woman and using a dodgy passport to get on the Eurostar train to Paris. From there, he got on an Air France plane to Cameroun from where he would travel by boat to his home state. By granting Alamieyeseigha presidential pardon, the government has dropped the ball.

The presidential pardon mechanism generally exists for state issues. By granting pardon to a man convicted of robbing the commonwealth, it has surely abused the process. This is not to even highlight the obvious debt owed to Alamieyeseigha by Jonathan. It’s all ifs and buts. However, it’s highly unlikely the President would have evolved from unknown Deputy Governor to Governor to lame duck Vice President to uninspiring President were it not for Alams getting caught.

An accountable society would demand more than the flat excuse proffered by the Presidency that the pardon was granted because he was “remorseful”. How can one say a man who celebrated breaking both international law and domestic law as brazenly as Alamieyeseigha did when he returned to Bayelsa in 2005 is remorseful? This is a man who three years ago attributed his travails and persecution to the “vindictive Olusegun Obasanjo” for not supporting his 3rd term bid. That is not being remorseful or sorry. The first step to forgiveness is self-acceptance of one’s wrong. To attribute it to political opponents strikes me of a man in denial and a failure to accept that one has wronged. So to suggest that this move was made as a result of showing contriteness does not sit well.

An accountable government would provide a stronger and more bullet proof response. An accountable government would not even make decisions that fly in the face of reason and sensibility in the first place. I dream of a Nigeria where our politicians feel accountable to us, the electorate, and seek forgiveness when they fall short like all humans are bound to do. For instance, there have been allegations that President Jonathan, when serving as Governor of Bayelsa diverted $1million (One hundred and fifty million naira) from Bayelsa’s Poverty Alleviation funds to sponsor Thisday’s Music Festival where Beyonce and Jay Z performed. As far as I know, there has been nothing from Aso Rock denying this.

For the country to progress, we need the people at the highest level (The Presidency) to see themselves as accountable to us. Instead of sending subliminal messages against critics, there needs to be a desire to ensuring that the average Nigerian is as well informed as possible. It is from us, executive powers are derived. This creates a chain reaction whereby those at lower levels practice what they see those at the top doing. If the Presidency is accountable to us, the state Governors would feel pressured to. And if they are, their Commissioners would do the same. The general public will equally follow suit. A society of accountability is not too much to ask for.

The Controversy over Bill Gates’ Visit to Nigeria & Alamieyeseigha’s Pardon