BN Exclusive: From Inspiration to Design! Tosan Jemide speaks to BN about the "Tallest Cake in Africa" Project

The Guinness Book of World Records would definitely want to come to Nigeria for this one. Nigerian cake maestro Tosan Jemide of Cakes by Tosan is getting ready to unveil “The Tallest Cake in Africa” on Wednesday 16th May 2013 at the Silverbird Galleria in Lagos.  Attempting something that would surely take his cake making credibility to the next level he spoke exclusively to BellaNaija on his inspiration for this challenge and what we are to expect from the big day.

The Inspiration behind the Challenge

“I was inspired by the love for arts and crafts, my passion for Nigeria, my desire to blaze the trail, thinking not only outside the box but without the box and my understanding of the focus on Africa.” He explained that “In a recent document on Doing Business in Africa, the US President Obama described Sub-Sahara Africa as a region of extra ordinary opportunity for economic growth and development. As we advance towards the emergence of African economies, it is imperative for businesses within the region to invent means by which they can strategically position in the scheme of affairs. 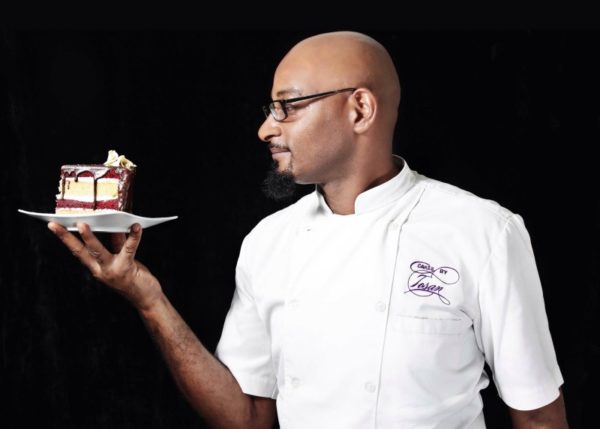 Bringing his thoughts back home, “At Cakes by Tosan, We believe in continual re-invention that is premised on excellence, creativity and innovation. In this light, we carried out a research in a bid to advance the art of sugar craft and develop the community; consequently we came with the plan to build the tallest cake in Africa to be featured in the Guinness Book of World records.“

And what a record that will be. At the current record for the tallest cake is being held at 26 feet, Tosan is attempting to break that record with an extra 2feet with a 28foot cake.

On what motivated him to go on this journey he explained “More than anything, this is more of a nation building/community development initiative. At Cakes by Tosan, we are committed to developing human capacity via skil acquisition and infrastructure support. For this programme, we have worked with LEAP Africa to identify a CSR Site – Eko Akete Senior Grammar school, Lagos Island. All the proceeds from the event will be used to renovate the facilities and boost quality of learning and skill acquisition at the home economics laboratory of the school.“

The cake will be unveiled at an exclusive event and after it will be on display for all to view. On Sunday 19th May 2013 the cake will however be take down at 3PM for everyone and anyone to have a slice; We’re sure there will be more than enough to go around.

Breaking down additional details on the challenge Tosan talks about how he intends to achieve this record and the mechanics involved. “I have studied past attempts at building the world’s tallest cake, both successful and not so successful, and I find that the work entails a lot. The details are extensive. First of all, we have to obviously figure out how a cake 28feet from the ground will be stacked up Then we need to design the structure that will support it to keep it standing for the 4 days it will be on display. Another detail is the venue for the display. We considered several venues for the unveiling but the head room wouldn’t accommodate the gigantic cake, hence the decision to use the Silverbird Galleria. Of course there’s also the consideration of the design. 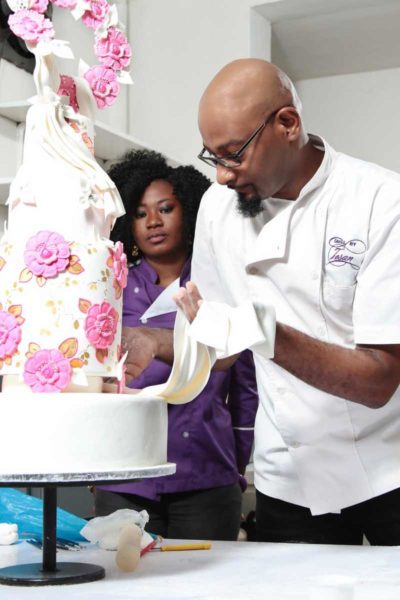 How Will the Cake Look?

Not only do we want it to be tall, we are working to make it a beautiful work of art. Last but not least is the budget required to accomplish the feat. All of these and more are the details the members of the team have had to figure out.“

Lastly we discussed what the cake would look like? Will it break records in height as well as in aesthetics? Tosan describes the cake as a “… ten tier cake, made up of light fruit cakes (because of the shelf life). It is 28 feet high, and the unique features are a fusion of landmarks, cultural and national heritages and arts across the world, with Africa and Nigeria as strong emphases.“

Why do Nigerian Artists ‘mime’ on Stage? R&B Crooner Capital F.E.M.I. Explains in his Interview for Channels TV’s Sunrise

The 4th Edition of ACT Foundation Breakfast Dialogue is here & the Focus is on ‘Tech for Good’ | Sept. 29th & 30th